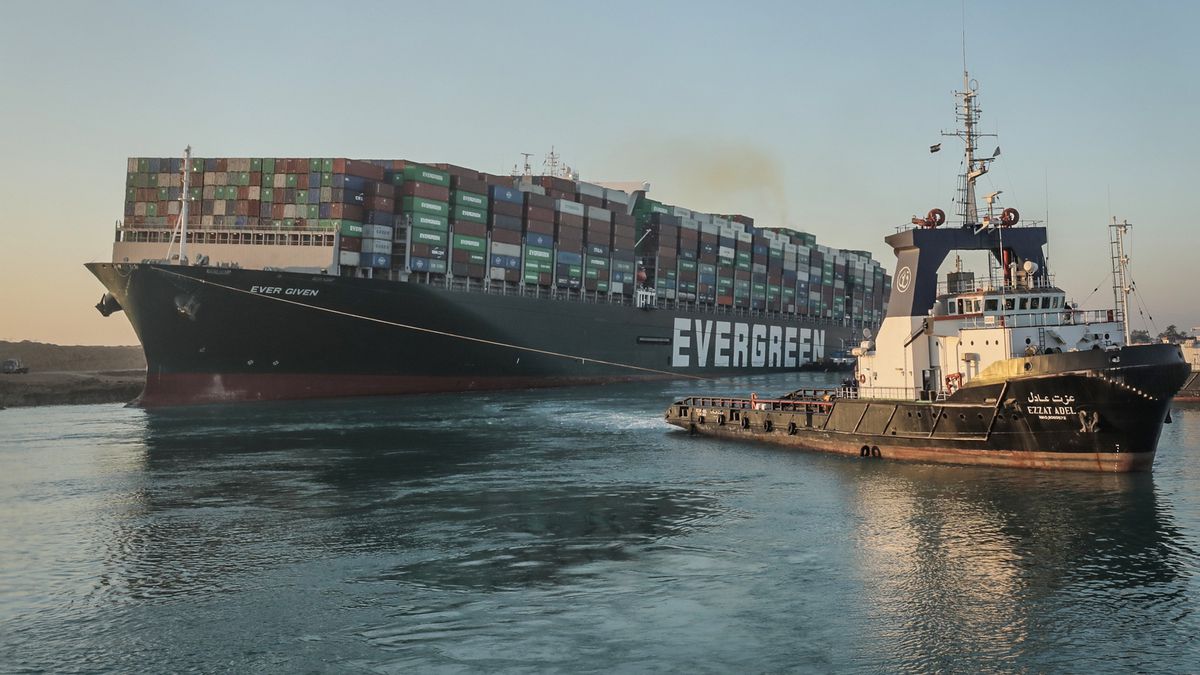 The Ever given it filled the front pages of newspapers around the world a month ago. This mega container ship was released on March 29 from the banks of the Suez Canal, which it had blocked for days, clogging one of the main arteries for world maritime trade. Seen in perspective, the colossus’s rescue operation turned out to be relatively smooth. But that does not mean that the problems have disappeared.

Ship traffic in the Suez Canal has been back to normal for weeks, with the sole exception of the Ever given. The mega-ship remains stopped in the Great Bitter Lake, in the middle of the route, and with it, its cargo, of about 20,000 containers, and, what is even more problematic, the 25 crew members, whose fate is still unclear. .

The Ever given, its cargo and its crew remain anchored in the middle of the inland waterway, waiting for the increasingly bitter dispute over compensation to be resolved. Meanwhile, the maritime transport sector has navigated the chain effects generated by the incident better than expected.

Investigations into the causes of the incident, which should help determine responsibilities, remain open, and negotiations between the canal authorities and the company that owns the ship, the Japanese Shoei Kisen, have not come to fruition.

The friendly tone that the parties had maintained to the public ended a month ago. On April 7, the ship’s owners received a claim from the canal authority for about 755 million euros, which the company that covers its liabilities vis-à-vis third parties, UK P&I Club, considered “extraordinarily large” and that “to a great extent measure was not justified ”. Five days later, the UK Club says a “generous and carefully considered” counteroffer was made and declined. In addition, an Egyptian court ordered to stop the ship on the 13th at the request of the channel authorities, a decision that has been appealed questioning the validity of the arrest and the lack of evidence of the Egyptian claim. “The company that operates the Ever given He wants the arrest warrant to be lifted so that the ship and its crew can leave Egypt and continue their journey, ”explains Dustin Eno, UK Club’s director of operations and crisis management.

They are not the only ones who consider the claim of the Suez Canal Authority exaggerated. Magazine Lloyd’s List has indicated that, behind the scenes, the sum is considered “an outrage”, and estimates that around 186 million euros should be “comfortably enough”. It has also been disputed that the Egyptian side demands millions in imprecise concepts such as a salvage bonus and loss of reputation. “Ironically [la Autoridad del Canal de Suez] It is doing more damage to its reputation by making a scandalous claim than the one suffered by being closed for six days, ”warns James Baker, editor of the container segment of the publication specialized in maritime trade.

As the days go by and the situation runs aground, there is also growing concern for the crew members, and the fear that the canal authority may prevent them from abandoning the ship, something that the Egyptian side denies. In this regard, the International Transport Workers Federation (ITF) has even said in a statement that Egypt “cannot take hostage” the seafarers.

“Currently the seafarers are fulfilling their obligations, as expected. But they and their families on land are under stress and anxiety, ”says Abdulgani Serang, general secretary of the National Union of Seafarers of India, which represents the crew members. “Everyone should be able to be relieved at the end of their contracts. We appreciate the departure of two of them and the positive response of the canal authorities, ”he adds. “More relays are planned and we hope they will also return home,” he adds.

While the situation in the canal ran aground, the task of restoring navigation on the road that feeds world trade was solved with more success than expected. Once the blockade was resolved, the first great test was the pressure of the arrivals that the ports had to manage as the queue of more than 400 ships formed against the clock, formed at both ends of the track, was cleared against the clock. This was compounded by another peak, shortly after, due to the arrival of ships that chose to divert around Africa along with those that were already crossing the canal normally.

“Fortunately, most of the ships were destined for Europe or Asia, where there are always alternative ports or terminals. A ship bound for Hamburg, for example, can always go to Bremerhaven if Hamburg is congested, ”observes James Baker. “Only 25% of ships arrive in Europe on time, so a delay of a few more days is not important,” he notes.

Instead, where the impact of the incident has become more evident is in the rates of maritime transport services, which have increased in recent weeks due to a lack of capacity in the market. In part, the rise has been caused by the blockage in the canal affected the flow of empty containers to Asia and, with them, the ability to transport goods, which was already suffering limitations due to the pandemic. “The impact is being seen not only in the trade that passes through the Suez Canal, there is a strong increase in trade, for example, from China to the United States,” says Lars Jensen, general director of the company specialized in transport. container ship Vespucci Maritime, based in Denmark. “The problem is that the shortage of empty containers in Asia affects all exports leaving Asia,” he adds.