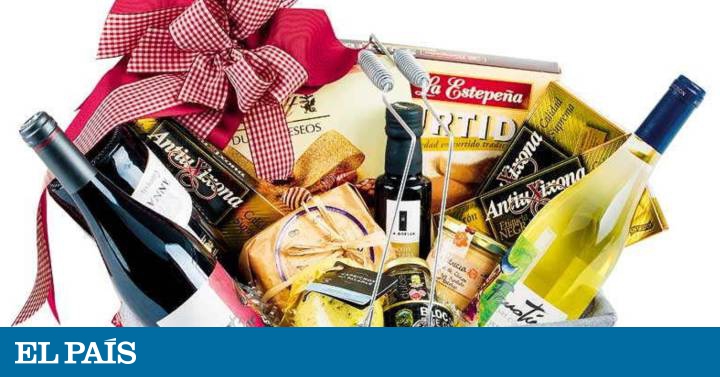 It is already a classic of jurisprudence that, by chance or on purpose, is rekindled every Christmas. These are the judgments of the Supreme Court that consider that Christmas baskets are a right acquired by workers that cannot be simply suppressed by companies, provided that they have been delivering them to the workforce for years. For three years, the highest court has been agreeing with the unions in this matter, although its criteria were not always the same.

On this occasion, the Social Chamber of the Supreme Court has confirmed the right of the 1,600 workers of Fujitsu Technology Solutions in Spain to receive the Christmas basket of 2016, unilaterally suppressed by the company, considering that the reiteration in time of its delivery and with extension to the entire workforce made it a “most beneficial condition” of the employment contract, without it being taken as an act of mere liberality by the company.

According to the ruling made public this Monday by the Social Chamber of this body, the suppression for exceptional reasons in a specific annuity of the shipment of the basket does not eliminate the right to it. In the case of Fujitsu, it alleged a cost reduction plan to not deliver it in 2013, which was not contested by the unions, although they did demand the reinstatement of the shipment as of 2014.

The Supreme Court explains that to appreciate that the Christmas basket is a more beneficial condition, two conditions must be met: a succession of the acts on which it is based and an unequivocal will of the company as the origin of the aforementioned condition, which improves the legal framework or applicable conventional.

In the case of Fujitsu, it has been proven that from the beginning of its activity until 2012 the company had delivered the aforementioned basket to the affected workers, with the exception of 1997, when it was replaced by a gift voucher. It was in 2013 when it decided to suppress such delivery, without such decision being challenged, according to the judgment under appeal. Since then no delivery has been made; noting, however, that, in 2014, 2015 and 2016, the union representatives requested its establishment.

The Supreme Court therefore values ​​that said basket had been delivered from the beginning of the activity of the company without a solution of continuity until 2013, “and it cannot be denied that in this act of the company the defining notes of the controversial condition are appreciated more beneficial. Not only is it a regular, constant and repeated delivery every year, but it is clear that such an offer was made with the full and conscious will to benefit the employees of the workforce, all without exception or condition. “, point out the magistrates.

“The distribution of the Christmas basket – adds the sentence, whose rapporteur has been Lourdes Arastey – is not produced by a mere tolerance of the company, since it is evident that, given the volume of the workforce, this delivery represents an economic outlay that It necessarily has and must be approved and financed and, in addition, it requires a certain organizational and logistical activity – the company must determine the number of baskets it needs, acquire them in the market and organize their distribution or the system by which the baskets reach hands of each of the workers. “

Judgments for and against

It is not the first time that the Supreme Court has ruled in this regard, since on at least three other occasions it has also ruled that the Christmas baskets with a working condition that is incorporated into the employment contract of the affected workers and, therefore , obliges the creditor of said provision –the company that employs them– as part of the content of said contract.

Last November, the Supreme Court ruled in favor of the workers of the Galician cable company R, who were left without a Christmas basket in 2017, coinciding with the absorption of the company by Euskaltel. The ruling condemns the company to enter the 190 workers who were on staff that year 60 euros in compensation. In addition, the committee understands that the same will happen with that of 2018 and also with that of this 2019.

In another judgment of July 2018, the Supreme Court forced the company Transcom to deliver the 2016 Christmas basket to its employees, the distribution of which, after almost a decade, the company decided to cancel and replace it with a cocktail. And that the last basket they received, in 2015, consisted of a panettone of 4 euros in value.

A third ruling in 2016 obliged the Mecalux company to restore the 2012 Christmas basket, valued at 66 euros, for the technicians and administrative staff of the Gijonese company Esmena, with which it had merged in 2011.

However, as stated in the judgment of the Supreme made public today, a general criterion cannot be established for all cases according to which the delivery of the basket always constitutes an acquired right as a more beneficial condition, or, on the contrary, a mere liberality of the company, so that the result of the judicial solutions can be diverse in attention to the characteristics and the proof of the circumstances of each case. This was the case in a 1994 Citibank judgment.