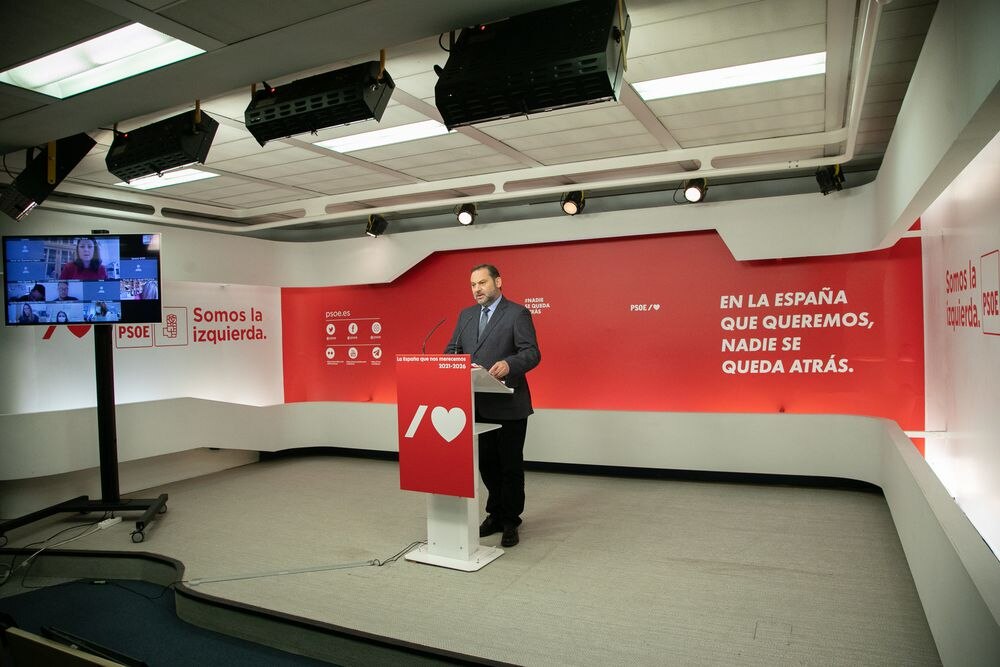 The disagreement between the two branches of the Government on the regulation of rent has become more evident this Monday. The Minister of Transport and Secretary of Organization of the PSOE, José Luis Ábalos, has indicated that his party prefers to “encourage, not penalize” landlords in the future housing law. With this refusal to impose limits on the rent increase, Ábalos clearly shows the clash with his government partners of United Podemos, who claim to force the price freeze or even cuts in the homes with higher rents. “It seems important to us to put houses on the market and that there be incentives for these houses to be put on the rental market; for this we understand that it is preferable to encourage ”, he assured in a press conference in Madrid after the meeting of the Federal Executive of his party.

The minister whose department is responsible for State Housing has also pointed out that there are contacts with the Ministry of Finance “to be able to implement fiscal measures” in the future regulation. These public statements are the clearest explanation to date that the socialist part of the Government opts for the route of incentives to regulate rents. United We, for its part, wants the rule to freeze current prices in rents that do not exceed the average of the official price index or lower them to that average in the case of those that are above.

The appearance of the minister at noon has motivated ERC and Bildu, two of the parliamentary groups that have supported some government initiatives and who abstained from the inauguration of Pedro Sánchez, have requested the appearance of Ábalos in Congress. The two sovereignist parties want me to explain the plans to regulate rents and claim to feel “concern about the need to respond to the housing emergency and the possible breach of the agreements reached to limit rental prices.” On the part of United We Can, the Secretary of State for Agenda 2030, Ione Belarra (who carries the weight of the negotiations of the future law in her party) has indicated on the social network Twitter that “the agreement is binding.”

Ábalos stressed that both groups share “the same objectives”, but has also made it clear that there are “two different conceptions” about how to intervene in the rental market. “From the PSOE we believe that it is more positive and more effective to promote than not to impose,” he reiterated, because in the latter case “there may be a market detraction and that many of those homes that could be rented end up in the market of the buy and sell”. “We are logically in favor of avoiding speculation, favoring the social function of housing, achieving affordable rent,” the minister continued, “the question is through what tools and that’s where the debate is.”

Last October, in the budget negotiation, Pedro Sánchez and Pablo Iglesias promised to appear as co-proponents of the future housing law, which will be the first state regulation of this type in Democracy, both the Ministry of Transport (on which formally falls the competence) as the Second Vice Presidency (headed by Iglesias himself). The negotiations of the text have been a continuous source of conflicts between the two government partners in the last month, which has prevented the Council of Ministers from giving the green light to a draft this Tuesday and starting its parliamentary process, as they had promised (According to the initial agreement, that deadline already expired in January). Regarding this delay, Ábalos has estimated that “if it has not been done in 40 years, there is no reason to run” since “a law is needed, but a good law.”

Both the agreement for the coalition government and the budget included the issue of rents. United We can believe that the PSOE proposal does not conform to what was signed. The October pact included two formulas to regulate leases: “Containment mechanisms, or possibly lower prices” and containment of “unjustified increases in new leases, taking as a reference the price of the previous lease”. The socialists do not question that the Podemos proposal fits both assumptions, but they do have doubts about its legal fit. Without linking it at any time with the proposals of his partners in the Executive, Ábalos pointed out this Monday that the result of the negotiations should be “a law that logically respects constitutionality.”

The Minister of Transport has said that some “maximalist precedents have already obtained an opposition from the Constitutional Court”, in what seems an allusion to the two housing decrees of the Generalitat of Catalonia recently overthrown by that court, which also has pending to see the regional law that limited rents in that community. Although the decrees were declared unconstitutional due to a question of form (the judges pointed out that it was not possible to legislate on this matter urgently and in any case it had to be done with a law following the most guaranteeing parliamentary procedure), the sentence made references to the Right to private property.

“We want a guarantee law, with legal value, that is not actionable and that respects the expression of all the rights that our rule of law has: the right to a home and also the right to private property,” said Ábalos, who He recalled that the law, in addition to reconciling these two rights, must be respectful of the competence framework and take into account “that housing is a right, but it is also a market good that generates economic activity.”

“To comply with what was agreed in the coalition government agreement between UP and PSOE, both formations have agreed to regulate the containment of rental income in the Housing Law.”

What is agreed requires.