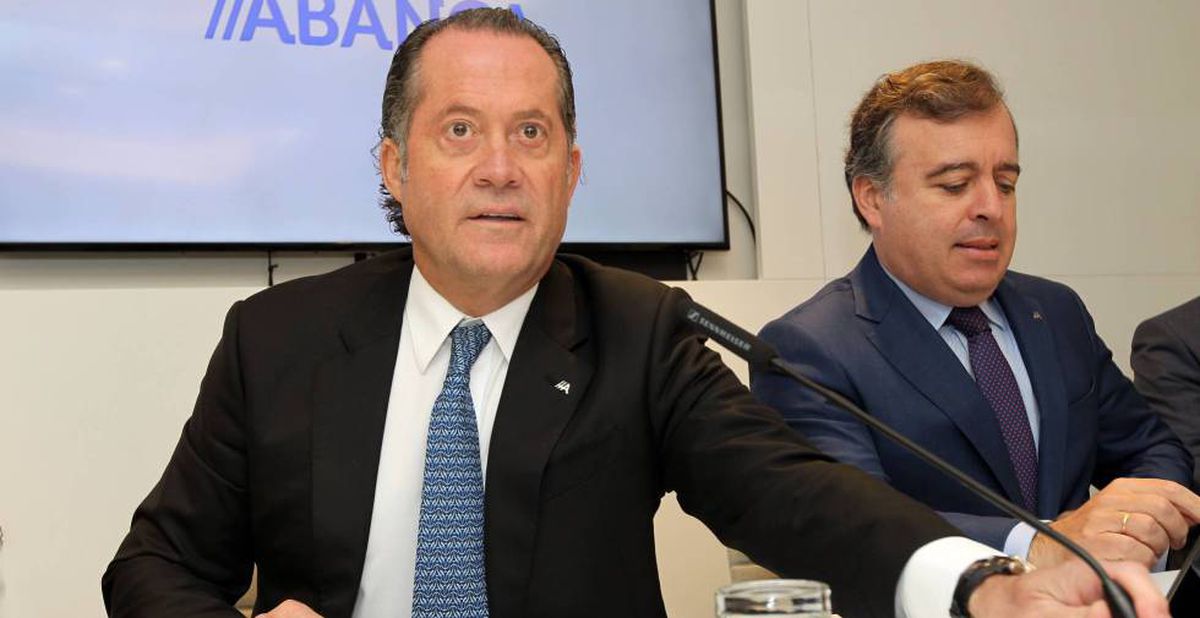 
Abanca announced this Monday the purchase of Novo Banco España, whose parent company was rescued by the Lisbon Government. This acquisition, the sixth made by the Galician entity, contributes a business volume of 4,287 million, 172 employees, a network of 10 offices and 102 financial agents. What Abanca values ​​the most is the personal banking business, its managers, and its business in Madrid.

Novo Banco cleaned up its Spanish subsidiary in 2020 with 166 million euros, and this Monday said that the sale would have “a marginal impact on net income”, which indicates that the price will be low. Novo Banco has said that the sale to Abanca does not imply income for the entity, but does represent a capital reinforcement of 0.55 points. In addition, Abanca will increase its presence in corporate, corporate and institutional banking, according to the Galician entity.

Novo Banco, heir to the bankrupt Banco Espírito Santo (BES), lost 1,329.3 million euros in 2020, 25% more than in 2019, and announced that it will request a new capital injection of 598.3 million euros from the Portuguese State . For this year, it expects to return to profits and profitability, which will be reflected in the first quarter of the year, according to the entity.

For its part, Abanca assures in a statement that with this operation, subject to the permits of the different authorities, it will reach 100,000 million euros in business volume, a figure that it has achieved through acquisitions, since it is the bank that most purchases has been made since 2011.

The strategy of buying and adding benefits

This strategy involves buying banks below their book value because they are in trouble. Once settled, Abanca notes an improvement in its results due to the difference between the amount paid and its book value, called goodwill, as stipulated in accounting standards. Abanca can do so because it has become an entity specialized in acquiring and improving the entities it acquires.

Abanca began negotiations months ago to integrate Novo Banco into its consolidation perimeter. The current owner of the Novo Banco group, the investment fund Lone Star, which has 75% of the capital, has expressed interest in divesting itself of this subsidiary.

Until recently, the main candidate was the Chinese group Haitong Bank. European supervisors never liked this suitor because of his origin. In 2017 he actually tried to buy Tressis in Spain, but the operation was frustrated.

After the operation, which Abanca assures that it presents a low execution risk and minimal capital consumption, the bank led by Juan Carlos Escotet, based in Betanzos, will have an asset volume of 71,338 million euros and will manage 42,368 million of credit to customers, 46,037 million in deposits and 11,789 million of off-balance sheet liabilities. It will have 6,312 employees and 745 offices.

Abanca highlights that the purchase strengthens its position in Spain and especially in Madrid, and in business segments that it deems strategic. The first is the Personal and Private banking business, which has already grown in recent years with the development foreseen in its Strategic Plan and with the purchases of the Deutsche Bank PCB network in Portugal, that of Banco Caixa Geral in Spain and, most recently with the acquisition of Bankoa.

In addition, Novo Banco will provide growth potential in lines such as insurance activity. The insurance business is in full growth in Abanca after the relaunch of the Life company and the creation of Abanca Seguros Generales jointly with Crédit Agricole Assurances, which already has permission to operate and will launch its first own products in the coming weeks .

The closing of the sale of Spain is another step in the strategy of Novo Banco, an entity created after the bankruptcy of Banco Espírito Santo (BES), which lost 1,329.3 million in 2020, 25% more than the red numbers registered in 2019, for which it has requested a new capital injection of 598.3 million.

The entity, after cleaning the balance sheet with provisions of 1,191.5 million, assured that it will continue alone and that this year it will enter profitability, something that it hopes to demonstrate in the first quarter of 2021.