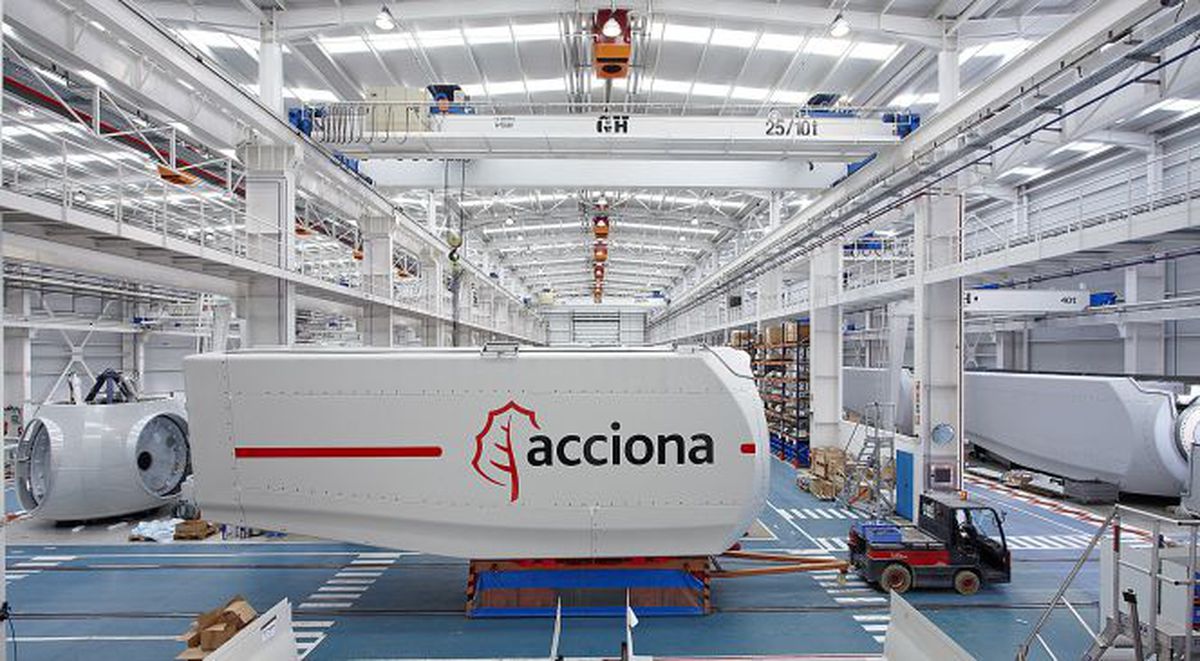 
Acciona Energía will debut on the Stock Exchange on July 1 with a valuation of between 8,800 and 9,800 million euros, after having set a price range of between 26.73 and 29.76 euros per share, according to the exit brochure A listing approved this Monday by the National Securities Market Commission (CNMV). Its premiere will be the largest on the Spanish Stock Exchange since Aena’s in 2015.

The company chaired by José Manuel Entrecanales will place a maximum of 2,817 million euros on the market, 28.75% of its capital, since a maximum of 15% of the shares issued to the coordinating entities will be added to the maximum 25% , an instrument known in financial jargon as green shoe.

Acciona Energía has been forced to lower its price expectations. Initially, analysts came to value the Entrecanales renewables subsidiary at up to 12,000 million euros. However, the market has been punishing renewable companies for months. Capital Energy, Opedernergy and Gransolar were forced to cancel their IPOs, while Ecoener debuted with significant falls on its first day of trading.

Acciona’s energy subsidiary acknowledges in its prospectus that it has not yet established a specific dividend policy. But it intends to introduce a stable and flexible policy, depending on its future results and financing needs, of between 25% and 50% of its profit for the consolidated annual year, starting, specifically, from the lower end of the distribution range. dividends.

The company also admits that it may not be able to successfully implement its growth plan, with which it expects to reach 20 gigawatts (GW) in installed power, almost double what it had at the end of the first quarter of 2021, 11 GW, with investments of 7,800 million. It also recognizes that competition in the renewable energy markets is increasingly intense and may adversely affect it.

Acciona Energía warns that a deterioration in economic conditions around the world and, in particular, in Spain – where it generated half of its turnover in the first quarter of the year – could have a material adverse effect on the business, the financial condition, results of operations and prospects of the company.

Acciona Energía estimates its current net financial debt at 2,287.9 ​​million euros. Prior to the offer, the company has reduced the net debt of the subsidiary by capitalizing some 1,900 million and subscribing a green mega-loan for 2,500 million euros. It also undertakes that the net liability remains below four times the EBITDA level. Its goal is to have a fully financially independent subsidiary and it already plans to issue up to 5,000 million in bonds and promissory notes for the next few months.

In the first three months of the year, Acciona Energía achieved an ebitda of 308 million euros, lower than the 330.4 million obtained in the same period of 2020. In this period, the net financial debt was 2,287, 9 million euros.

The banks coordinating the placement are Citi, JPMorgan, Morgan Stanley, Goldman Sachs. Bestinver, a subsidiary of the Acciona group itself, accompanies them in that first place. At a second level are Banco Santander, Bank of America, Berenberg, Credit Agricole, Credit Suisse, HSBC and Société Générale. And in a third Alantra, Banco Sabadell, ING together with Stifel Europe, Intesa SanPaolo, Mirabaud, Mizuho, ​​Norbolsa and RBC.

Contract in the United States

On the other hand, Acciona, in a consortium with Shikun & Binui and North American Enterprises, has won its largest contract in the US by winning the construction and operation of a canal to protect the American city of Fargo, located in Dakota from flooding. of the North, of the floods. The contract is valued at a total of 2.32 billion euros (2.75 billion dollars).

To carry out this project, tendered by the Fargo-Moorhead Flood Diversion Authority, three other consortia had been prequalified. One of them is made up of the Meridiam and Aecom infrastructure fund; another for Fluor, Plenary, Ames and Barnard; and a third made up of Graham, Parsons, Alberici and BBGI.

The failure of the contract covers the planning, construction, financing, operation and maintenance of a land of 48 kilometers (30 miles) of canal to divert flood water, according to Acciona, which has a 42.5 stake in the consortium. %. It also covers ancillary infrastructure, including nineteen road bridges, four railway bridges, two aqueducts and other supporting structures. The canal is intended to protect the City of Fargo and the adjacent Fargo-Moorhead area from extreme flooding. These two cities are located on the border between North Dakota and Minnesota, on the opposite banks of the Red River of the North.