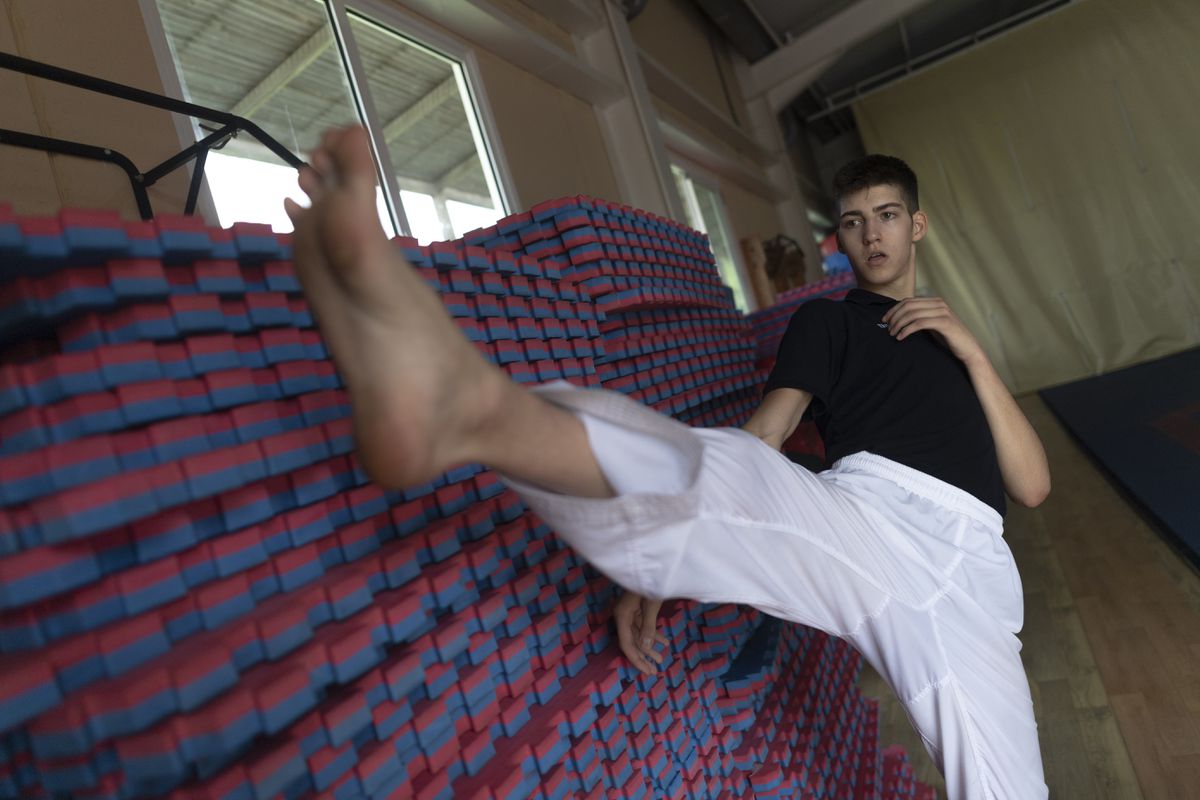 Adrián Vicente is always in a good mood. He has a brutal self-confidence and a lot of desire to train, compete and get a medal at the Tokyo Games (his test, the -58 kg in taekwondo, is on Saturday 24). But above all, he has great mental strength at 22 years old. The one that has allowed him to cope with some insults and disrespect that he has received on his social networks these last two months, which have passed since the technical commission of the Spanish Taekwondo Federation (RFET) decided to include him on the list for the Games instead of Jesús Tortosa. The place for the Games is not nominal but for the country, as long as it has two athletes among the top 20 places in the Olympic ranking, so either of them could be chosen to represent Spain in the Games.

The technical commission finally chose Adrián Vicente due, according to Federation sources, to the “low performance and disconnection” of Tortosa in the last year and a half, since the pandemic began. They consider Adrián the athlete with the most medal option at the Games and with the most progression for Paris 2024. Suddenly, the young taekwondo player from Alcalá de Henares (Madrid) was surrounded by a major commotion due to the protests in Tortosa. But, according to his teammates Javier Pérez Polo and Raúl Martínez, nothing affects him. Adrián himself confirms this when asked how he has experienced this situation: “I am a boy who inhibits myself from this, I focus and continue to focus on my work, which is what I have to do.” Proof of this are the results achieved in recent months: silver at the European Championship, gold at the Spanish Open and bronze at the Mexico Open.

Javi Pérez Polo, one of his training and Olympic adventure companions, highlights his ability to have his eyes always wide open: “He is very clever, not only in combat but in taekwondo, he knows what to look for , he knows how to see what is good about Raúl [Martínez, el capitán], which is the good thing that I have, he knows how to take a little bit of this and that. And he also has a lot of illusion and if you add all that… well that ”. This is how Pablo del Río, a CAR psychologist, defines him: “He is a hard worker, a sponge”. Miguel Ángel Herranz, coach of the national team who has classified three athletes directly (by ranking) for the first time, describes it with these words: “Mental strength and winning ambition.”

In the Olympic team (Raúl Martínez, who will seek a medal at -80 kg, and Javier Pérez Polo, who will fight at -68kg) they clothe him like a little brother. There is a very good atmosphere in these last weeks of concentration despite the very tough training sessions leading up to the Games. And despite the fact that the air conditioning in the fighting room in the CAR of Murcia has broken down and it seems that it is 50 degrees. The tapestry ends up drenched with sweat, reggaeton sounds full blast and there is not a moment of respite.

In Los Alcázares they have concentrated a month, away from everything and to change their routine and airs. They only rest on Sundays. The beach is 30 meters from the High Performance Center. “We end up so busted that we don’t feel like doing anything,” all three say. And they are always seen together.

Adrián started late, at the age of 12, much later than his peers, who at five were already crawling across the tapestry; and late also for the usual starting age in taekwondo (eight). Of course, he says that he was always passionate about martial arts. “When I was living as a child in Mejorada del Campo, my mother signed me up for karate when I was five years old. When we moved to Meco, I continued with judo. The coach left and I had to leave him. I had a break in martial arts and I signed up for basketball for four years ”.

Until he won the school taekwondo championships and his teacher told him that he was good at it, why not try a gym in Alcalá. “It gave me something and it took me a while to go. I was in my comfort zone with basketball, with my group and in my head I said to myself: let’s see what is going to wait for me in that gym. I had never stepped on one ”. What was found hooked him.

The taekwondo group was led by Herranz, who has known him for 10 years. And he had 12 months without competing. This is how Adrián remembers it: “We only trained: to strengthen techniques and to create that desire to want to compete and take over the world. It was his philosophy ”. What took him a bit more was to jump on stage and find himself catapulted into the competition: “I started like everyone else, catching [suelta una carcajada]I was terribly nervous, sometimes I had to leave for a while because I wanted to vomit. I had a bad year, I loved training and I loved competitions, but they created an anxiety that I suffered for a while. That seemed masochistic: it made me nervous but I wanted to keep competing! ”.

And he continued until he reaped results (in 2018 he won the European Championship in -54kg) and entered the High Performance Center (CAR). First as an external – for a year he took two trains and a bus to get from Meco, train and return – and then, since 2019, he received a scholarship as an intern. The progression has been very good.

When Herranz is asked what he saw in Adrián Vicente, he replies: “First of all, a very good biotype, some very useful physical qualities for current taekwondo. Right away it was seen that he was a very good mentally sportsman, with the ability to face any situation and complication. He didn’t get nervous at key moments. Where the others falter mentally, he does not collapse ”.

That is what it conveys. He does not hide when asked what he sees when he thinks of Tokyo: “Medal option, without any doubt.” Nor when asked about a virtue and an aspect to improve. “My virtue is constancy in everything. Technically I consider myself a rival with good pace and blocking. Having less experience than the others on the mat, I have to get better at handling those marker times / time ”.

Subscribe here to our special newsletter about the Tokyo Games