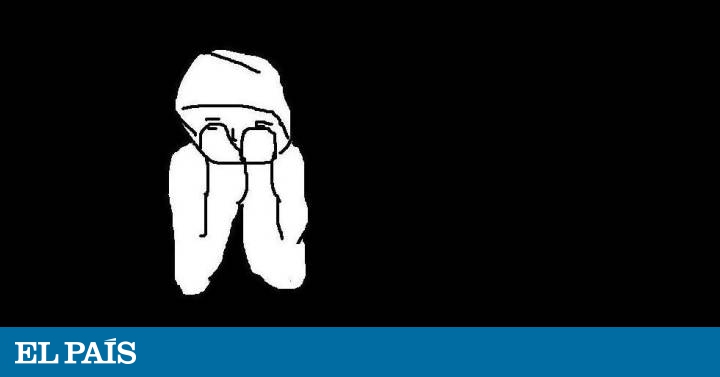 Aisha is the fictitious name of a young Moroccan. She is 17 years old and lives in the metropolitan area of city ​​of Casablanca. She claims to have been the victim of an assault: an acquaintance of hers invited her to get into his car and once there he drove her to a secluded area where he allegedly subjected her to sexual abuse.

Aisha has decided to act on her aggression. She is a brave young woman: women here often mistrust justice and opt for silence, keeping the aggression of which they have been victims to themselves.

As its name suggests, the Moroccan Association for the Fight Against Violence against Women (Amvef in its French acronym), aims to protect against violence. It is an institution that enjoys a deserved reputation and fame among the population of the city of Casablanca. It is therefore not surprising that, after the attack, Aisha had the reflex to come into contact with them.

The center of Casablanca is full of magnificent buildings that, due to lack of care, seem to be going to collapse at any moment. The Amvef headquarters is on the fifth floor of one of them. The elevator stopped working several years ago and has not been repaired since. On a sunny morning in September this year, Aisha is heading there. Steeling himself, he proceeds to climb the stairs until he reaches the association’s headquarters.

There, its president, Maître Fatima Szoativa Shaoui, Sabrina El Malem (project manager) and the rest of the team come into play: after listening and attending to Aisha, they redirect her to a support cell. These are physically established in different Moroccan public institutions. They emerged in 2014 after the signing of the foster care directive for the protection of women and children.

In Morocco, women often mistrust justice and opt for silence, keeping to themselves the aggression of which they have been victims

In this case, Aisha was cared for by the cell of the Ibn Rochd University Hospital Center whose head is Dr. Dami, a doctor specializing in violence against women. His team is made up of, among others, a social worker and a psychologist.

Since September 2016, the process for receiving victims in this cell has been standardized: first, and with the help of the social worker, the victim fills out a form. After this, a medico-legal examination is carried out that concludes with the writing of a report. Finally, and depending on the results of the medical examination, we proceed with the corresponding health and psychological care.

When listing the strengths of his cell, Dr. Dami mentions the quality of the work carried out as well as the availability of the medical service. As for the weak, he points out the shortage of available medicines, the insufficiently equipped facilities and the lack of monitoring by the ministry in charge. In 2016, they attended 100 cases of sexual assaults and about 300 of physical violence, always within the conjugal framework understood in a broad sense: they can come from a husband, a boyfriend or an ex-partner.

The passage through this first cell is essential for Aisha to be able to go to justice, if she so wishes, since the members of the Amvef will be able to advise her on that delicate decision.

In the event that she decides to take the step of initiating a legal proceeding against her attacker and with the medico-legal report in hand, Aisha may go to another of the protection cells. This is integrated into a police station in the city of Casablanca. There the investigation will begin and a dossier will be constructed and completed.

At last the dossier will reach the court of appeal where it will be assigned to a judge. There we find the last of the protection cells. Maître Ougadoum works in this body to facilitate the process, as well as being president of the Juvenile Correctional Chamber. He complains that justice is focused on punishing and not re-educating. Perhaps that is why he does not hesitate to define prison as the last of the possibilities … “especially for women”, he adds. And it is that, for her, “women are the true victims of society.”

Support cells provide assistance to women who report, but do not always have the necessary means

And here Aisha’s way of the cross from cell to cell ends. From now on, it only remains to hope that justice, judge through, does its job.

“Will there really be justice for Aisha?” We asked the Amvef team. “The structure for justice has been conceived and put in place. The cell system responds correctly to the needs of women victims of violence”, replies Maître Fatima Szoativa Shaoui. Then he adds: “The lack of means is the main drawback. The cells do not have sufficient resources and that is a great limitation. Another is the lack of homogeneity between the cells: some work much better than others … end conditions a lot access to justice for women, “he concludes.

Amvef regularly organizes meetings for victims of violence. This allows women to be accompanied throughout the process after their assault. To these gatherings, which take place in the organization’s facilities, both those who were recently attacked and those who suffered (and overcame) violence a long time ago are invited.

At the end of September of the same 2017, on a Friday afternoon, one of these meetings takes place. It will be the first Aisha attends. When asked to explain his experience to the group, he is unable to maintain a structured speech. She is very nervous: it is probably the most difficult period of her life and the words do not come out of her mouth. Finally, frustrated, she breaks down in tears at the other women who come to comfort her.

Fatima is in the same meeting. At more than 50 years old, he dresses youthful and wears his gray hair blowing in the wind. They hardly need to be asked about her case: she starts to explain how her husband beat her “day yes, day too” until he almost finished her off. It was her children who gave her an ultimatum to react: “I had to run away from home with my clothes on … But that was in the past: today I am another woman. I have my job, my home and my independence. I am happy Because violence comes out with courage, with some luck and with a little help, “he concludes with a loud laugh as he observes the Amvef workers as an accomplice.

Miguel Forcat Luque is an economist and works for the Commission of the European Union. The article does not necessarily reflect the point of view of the institution you work for.