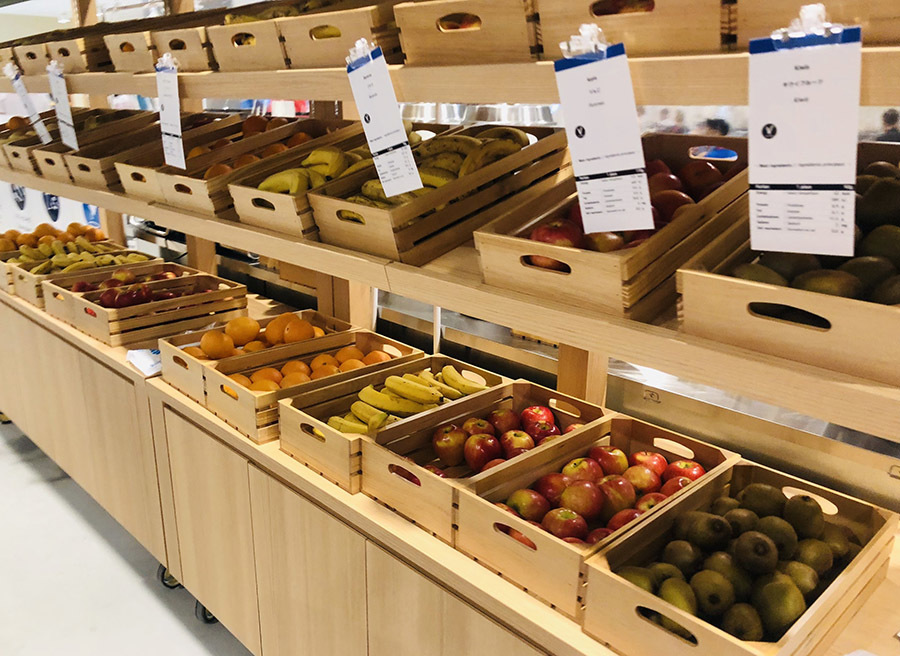 The canteen of the athletes village at the Tokyo Olympics has 700 dishes per day, with a capacity of 18,000 athletes and officials from 176 countries and territories to compete.

Despite facing many financial difficulties when fighting against the Covid-19 epidemic, the organizers of the host country Japan still had the best reception for the delegations attending the Tokyo Olympics 2020.

The most impressive is the food area arranged in the athletes’ village. The entire cost of accommodation of members attending the Tokyo 2020 Olympics is covered by the Japanese host. With this regulation, 43 members of the Vietnam Sports Delegation also enjoy the above incentives.

The canteen of the athletes village at the Tokyo 2020 Olympics can accommodate 18,000 athletes and officials from 176 countries and territories to compete in this competition.

In particular, the host BTC has prepared 700 dishes per day for members of the Olympic countries to ensure that all are best suited to the taste of being at home.

Of course, BTC also prepares many menus with hometown cuisine to promote to members of countries around the world, including traditional sushi dishes. Food preparation menus for the dishes at the athletes’ village are provided from 47 regions across Japan.

Information from the Vietnamese sports delegation, the athletes were satisfied with the meal at the athletes’ village. The frequently changed dishes also help Anh Vien, Thach Kim Tuan, Hoang Xuan Vinh… to eat well, with enough quality and quantity to achieve good results in training and competition.

Mr. Hoang Quoc Vinh – Director of the High Performance Sports Department 1 of the General Department of Sport, leader of the Vietnamese sports delegation, said: “Japan is still determined to organize the Olympic Games and to welcome and serve the delegations in a thoughtful manner. It was the effort, sacrificing the safety of one’s own country, to open the door and organize the Olympics.

Thus, the country of the rising sun has accepted the risk on its side and the countries need to work together to make the Olympics a success. We also need to share with the host, showing the noble spirit of sport.”

Some pictures of the food area of ​​the Tokyo Olympic Athletes Village: