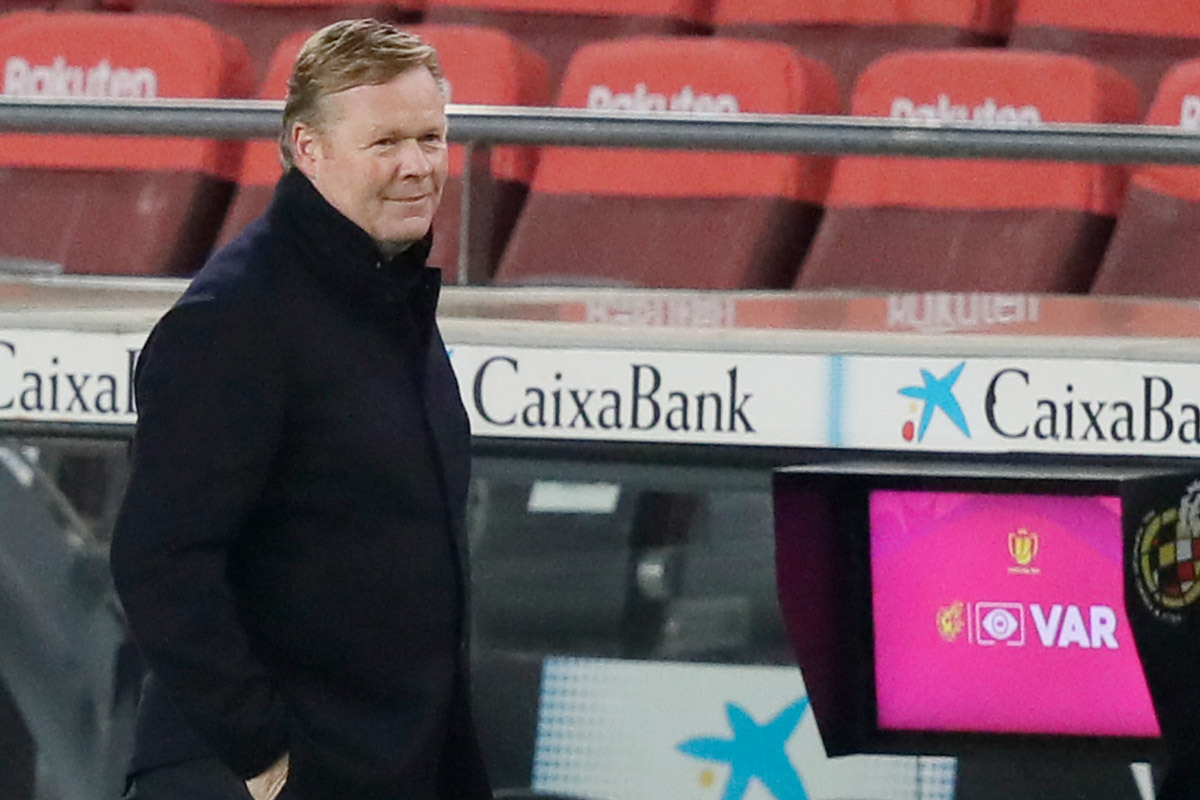 Barcelona had a spectacular comeback to eliminate Sevilla in the final of the King’s Cup, and Ronald Koeman waited for a similar feat against PSG in the Champions League.

Barcelona excelled in the final of the King’s Cup, after winning 3-0 against Sevilla in the second leg (3-2 total).

Until the end of 90 minutes, Barca led 1-0 and Sevilla thought about the final ticket. Pique’s goal in the fourth half changed everything.

Braithwaite – who was introduced in the 89th minute – scored in extra time to send Barca on.

“As a coach, I couldn’t ask for more than they just saw.”Ronald Koeman said.

“I have had one great night since leading Barca. I can’t believe it, I’m so happy.”.

Coach Koeman said that Barca to the final was deserved, when the team played better in both turns.

“We played better in both games, but this second leg is special.

Barca absolutely deserved to play the final, because we are the best team in the last two games “.

The turning point of the match must include the situation where Ter Stegen successfully blocked the penalty in the middle of the second half.

“The penalty situation blocked by Ter Stegen is decisive”, Koeman assessed. “Once the score is 1-1, it will be very difficult. We really deserve this result.”.

The win over Sevilla created a motivation for Barca to turn to the 1/8 round of the Champions League with PSG (losing 1 to 4 at home).

Koeman proved realistic, but hoped the same could happen in Paris.

“Going upstream when losing 0-2 is not easy, and 1-4 is something a lot different. But we will go into the match with a winning mentality.

Then we wait for what happens. If that doesn’t work, we’ll have to accept it “.

In the final of the King’s Cup, the opportunities for Barca in La Liga are also more open, if Atletico and Real Madrid hold each other in the capital derby this weekend (22h15 on March 7).

Barca turned the tables when they beat Sevilla 3-0 after 120 minutes in the second leg semi-finals and won the right to the King’s Cup final with a total of 3-2.