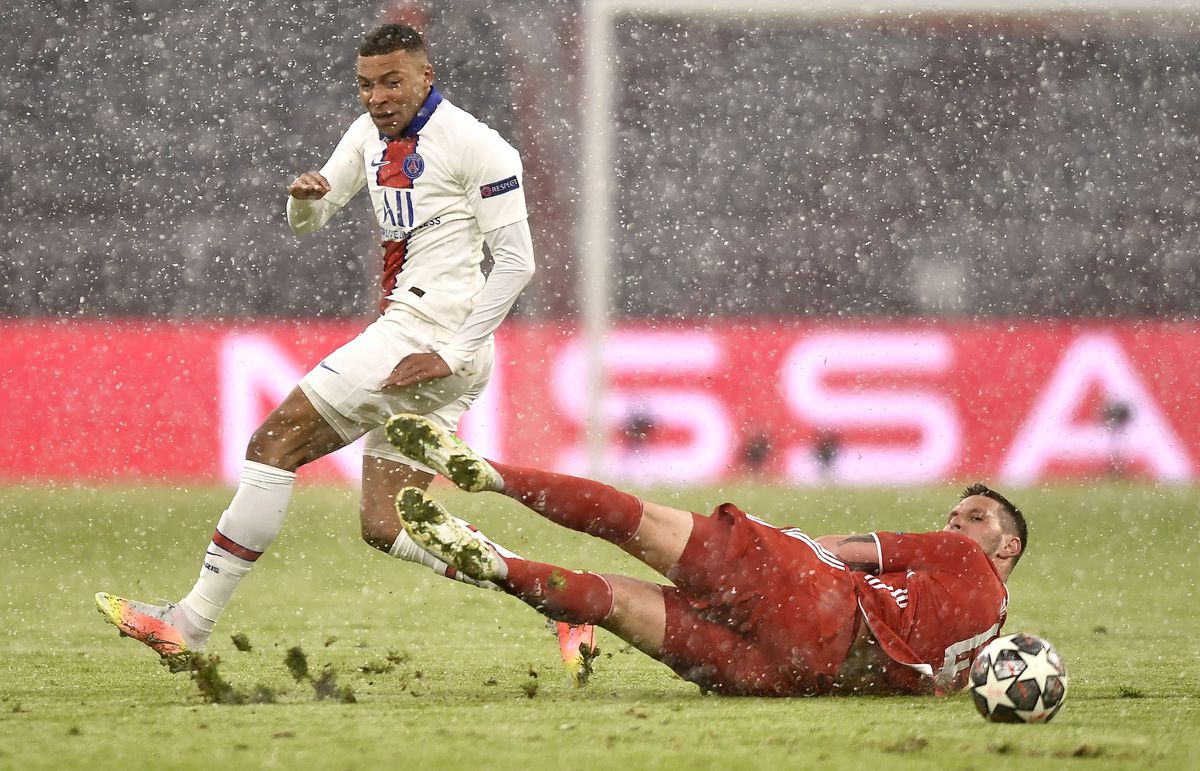 Neymar and Mbappé unbalanced a match that Bayern dominated with arrogance. It was a paradox. A contradiction resolved by the talent of the two attackers in a duel between the goalkeepers. Keylor Navas received 12 shots on target – 31 in total – and served 10. Neuer had what is probably his most unpleasant night in Munich.

The play defined the game and will probably mark the tie. It was the third minute, the teams were testing each other, when Keylor served on goal. The ball bounced in midfield, without an owner, and Neymar managed to appropriate it. Kimmich watched him, but the bird flew away. He launched a direct diagonal towards the goal and created chaos in a limp defense that did not expect so much action so fast. Accustomed to taking all their people to the opposite field, Bayern closed with Süle to set the Mbappé brand. But Süle, out in the open and too heavy to turn, hesitated when he saw Neymar driving in his direction. Instead of staying with Mbappé he went for the Brazilian. When he wanted to correct his mistake, Neymar had already dropped the bomb. The shipment reached the feet of Mbappé who, only before Neuer, opted for the chumbazo. He hit the near post hard and Neuer was unable to avoid the humiliation. The ball passed between his legs and into the goal. Mbappé shouted at the top of his lungs, summoning his teammates in perfect Spanish: “Let’s go!”

It was the first combination with a goal result between Neymar and Mbappé in this edition of the Champions League. It was devastating in the context that best suited the characteristics of the two strikers. Against the most daring defense in Europe, facing a defense that takes its line to the center circle without being sufficiently equipped to be measured in speed, Mbappé discovered his second private sanctuary after the Camp Nou.

Aware that the playoff script had turned upside down, Pochettino immediately called Marquinhos to reformulate the plan. PSG locked in to protect an advantage that was presumed difficult to defend. Bayern had not lost a match in the competition for two years and threatened to deploy with the entire cavalry. Unleashed, Kimmich made a fuss, pushing his companions to join the charge. Choupo-Moting harassing the centrals, Coman and Sané on the outside, Müller on the inside, Pavard and Lucas coming from behind and Goretzka jumping from line to line seemed uncontrollable. Few teams have better ignored the lack of talent with the sense of solidarity, of helping colleagues, of uncompromising collectivism. There is no room for whimsy or speculation in the current European champion, who launched himself to pursue the comeback with wounded pride and his usual lack of finesse in the last meters.

Snowflakes fell thicker and thicker as Bayern began to deposit their succession of shots. Choupo-Moting headed to the crossbar; Goretzka headfirst released Keylor’s gloves; Pavard returned to test the goalkeeper with a shot at the near post and, again, Choupo-Moting had the goal within a span. Overwhelmed by persistent pressure, the PSG players failed to make a pass. Stuck in his area, the French team was supported by Keylor’s reflexes and Marquinhos’ guidance.

Without Verratti, injured with his selection, PSG lost the compass. He seemed surrendered until Neymar approached the ball. Before half an hour he found a random ball and, surrounded by rivals, launched a long pass. It looked like a ball but fell at the critical point. The space that Süle had to defend and that Mbappé had to attack. The Frenchman slipped away from the mark, reached the baseline and caused a corner. The launch ended in nothing until a rebound returned the ball to Neymar. The Bayern defense was coming out when the ten He gave another one of those huge passes that he makes like someone who plays on the beach. With his left foot, straight to Marquinhos, who played his countryman with cunning. Since Süle was hooked, he broke the offside. Alone before Neuer, who looked at him with a snow-covered toupee and a red nose, Marquinhos calmly shot. It was the PSG captain’s last service to his team’s cause. Immediately afterwards he requested the change due to injury.

Flick, the Bayern coach, managed the crisis without delay. He took out Sülle and Goretzka, he put in Boateng and Alphonso Davies. He formed a double pivot with Alaba and Kimmich to cut the axes where Neymar circulated, and arranged for Boateng with Lucas in the center of the rear. He placed Davies on the side to join Coman in the attacks. Flick’s modifications stabilized Bayern, which quickly continued with its undercover work. It was never a subtle team. It was enough to hang centers.

Choupo-Moting head-to-center from Pavard, began closing the gap before the break. Without Marquinhos to lead the defense, Danilo and Kimpembe became disoriented. At game time, Müller equalized by crossing a Kimmich center, from a lateral foul. Bayern’s siege dragged on relentlessly and without much imagination. PSG held on under the table, except for two fleeting parentheses. In the first, Neymar could not beat Neuer in a heads-up that seemed like a goal or a goal. In the second, he came out of the hole with two passes. Draxler to Di María and Di María, to one touch, to Mbappé. Alone before the heavy Boateng, the Pele de Bondy stepped on the area and came up. There was no way to stop him. He made a feint, made two, gained half a meter, and according to the poor center-back he raised his leg to try to put doors to the field, he nailed the 2-3 without Neuer understanding very well where that ball had slipped.