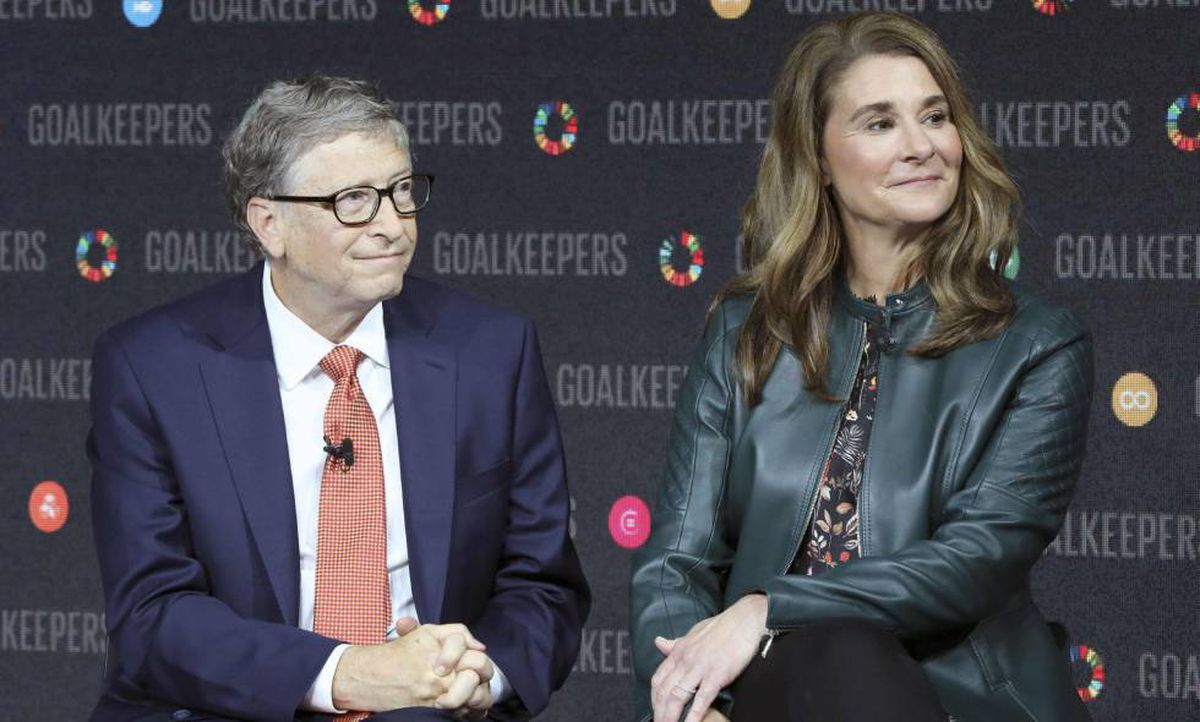 The philanthropist and founder of Microsoft, Bill Gates, announced on Tuesday his divorce from fellow businesswoman Melinda Gates after 27 years of marriage. The couple has explained in a joint statement published on Twitter that, after those almost three decades of relationship and joint work, they have made the decision to break up their marriage, as a result of which three children have been born, but they will continue working in the foundation created by both of them. “We believe that we cannot grow more as a couple in this new phase of our lives,” they explained. The Gates also ask that their privacy and that of their family be respected “as we begin to navigate this new life.”

The couple met in 1987, when Melinda joined Microsoft and they began their courtship. “I met her at a sales meeting in New York City,” Bill Gates once told CBS. “And then, just a week after that, I approached her in the parking lot and asked her if she wanted out,” added the billionaire, then the owner of the company.

Almost seven years after that first date, on January 1, 1994, they were married on the Hawaiian island of Lanai. In an interview with The Sunday Times In 2019, Melinda commented that when Bill was weighing the idea of ​​marriage, “it was incredibly clear that it was not about me, but whether I could achieve the right balance between work and family life,” the businesswoman told the British newspaper in a conversation following the publication of your book The Moment of Lift: How Empowering Women Changes the World (The Moment of Push: How Women’s Empowerment Changes the World).

From these almost three decades of marriage were born Phoebe Adele, 18 years old; Rory John, 21; and Jennifer Katharine, 25. The first-born, Stanford graduate, medical student and Amazon, is engaged to fellow horseman Nayel Nassar. “We have raised three amazing children and built a foundation that works around the world to enable people to lead healthy and productive lives,” the parents said in the statement.

The breakup of a multimillionaire couple with tentacles in so many areas represents an earthquake for the world of philanthropy and business, an expansive wave that they have tried to control quickly, clarifying in the statement that they will continue to work together on their foundation. “We continue to share our belief in that mission,” they added in the message shared by tens of thousands of people on Twitter less than an hour after it was posted.

Last year they celebrated the 20th anniversary of their founding, one of the largest global philanthropy initiatives. Bill Gates, 65, and Melinda, 56, created it because, in their words, they wanted to donate most of the wealth generated by Microsoft “and put it at the service of improving people’s lives.” However, according to The New York TimesMuch of the fortune that Gates amassed with the technology company has not been donated to the foundation and the fate of that fortune is one of the questions left by the separation. Bill Gates has an equity valued at about $ 124 billion, according to Forbes. This makes him one of the richest people on the planet.

The vision shared by both entrepreneurs is that philanthropy works as a lever for change. His main battles have been to improve health around the world and strengthen the public education system in the United States. “The disease is both a symptom and a cause of inequality, while public education is an engine of equality,” they said after two decades of work in which they invested 53.8 billion dollars. In 2005, they were both named “Person of the Year.”

Just over a year ago, also through Twitter, another billionaire announced his divorce: Jeff Bezos, the founder of Amazon and the richest man in the world, announced that he was separating from his wife, the co-founder of the successful company and philanthropist MacKenzie Scott.

Since the pandemic broke out, the hitherto all-powerful couple have played a leading role in the fight against the coronavirus. His foundation has donated $ 1.75 billion in research and medical supplies against the virus. Over the years, the influence of marriage has been growing, allowing you to access the spheres of political, economic and non-profit organizations. One of the banners of Bill Gates has been the fight against global warming. This year launched How to avoid a weather disaster (Plaza & Janés). In his interviews following the publication, he estimated that by the summer things would go back to the way they were before.