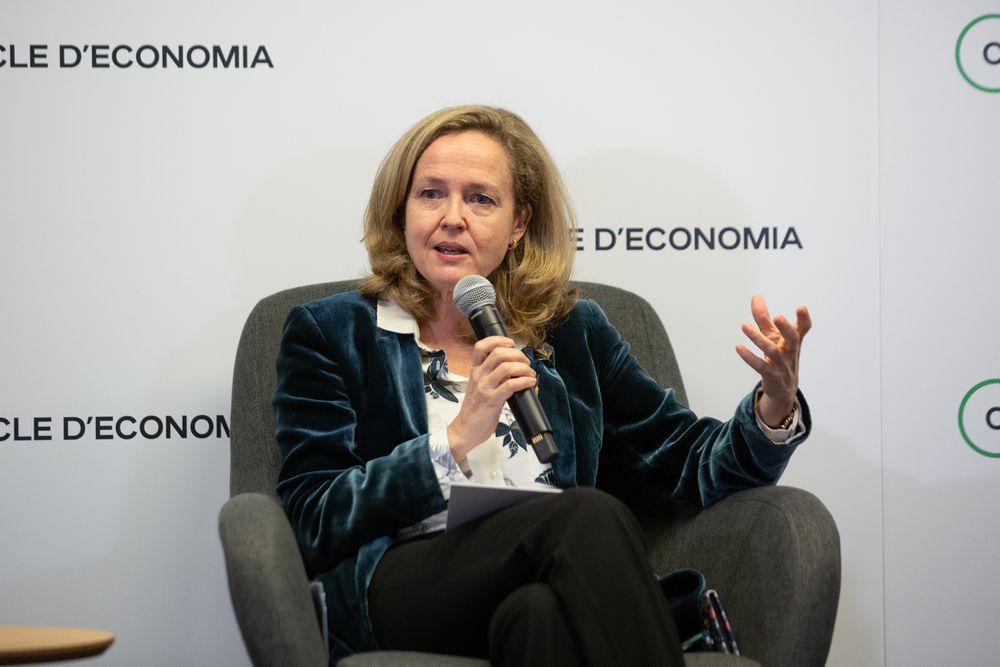 
The third vice president of the Government, Nadia Calviño, has moved away the debate on the proposal that the European Central Bank (ECB) forgive the public debt it has in its portfolio. This suggestion was made by different European economists and obtained the explicit support of the president of the PSOE, Cristina Narbona, and Unidos Podemos. Calviño has asked this Monday in Barcelona, ​​in an act of the Economy Circle, that debates like this not be opened and that attention be paid to boosting the growth of the economy.

“The priority is to boost the growth of the economy and employment. And we must focus on this and not on opening other types of debates that do not contribute to this fundamental objective ”, Calviño has expressed before the proposal that the two partners of the Government have supported in which he holds the portfolio of Minister of Economic Affairs. The proposal was launched in EL PAÍS last Friday by a hundred economists and politicians. Among them were the economist Thomas Piketty, the president of the PSOE, Cristina Narbona, and the Secretary of State for Social Rights and head of the Podemos Economy, Nacho Álvarez. They raised the need for the ECB to forgive the public debt that it has from the countries in exchange for them to carry out investments, as a formula to alleviate the finances of the States depleted by the COVID-19 crisis.

The proposal hit a wall. The ECB considers this approach to be illegal and counterproductive, and other academics believe that the debate may lead to new vetoes between countries in northern and southern Europe. After the controversy, the third vice president herself has thrown in the ground and rejected that this is a fruitful debate. In his opinion, it is more productive, for example, to deepen the proposals for tax reform in Spain “to make it more progressive.” This issue, as Calviño explained, will be studied in the coming months by a group of experts.

In his talk at the Círculo de Economía, Calviño stressed that the year 2021 “has to be the year of recovery.” For this, he pointed out that we must be attentive to the evolution of the pandemic and the deployment of vaccines not only in Spain, but also in neighboring countries. And he stressed that the Government will continue to support the productive fabric and employment, with measures and aid for recovery “until necessary.”