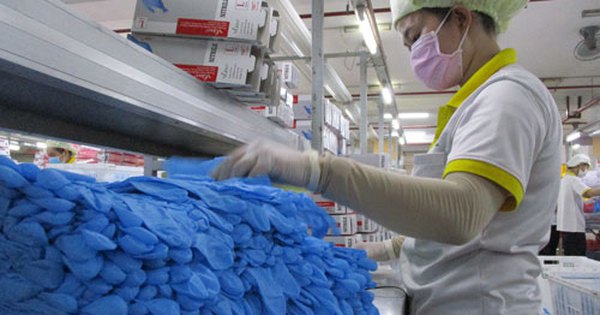 
Just starting a precision mechanical factory in Ho Chi Minh City Hi-Tech Park more than 10 days ago, Mr. Do Phuoc Tong, Chairman of the Board of Members of Duy Khanh Mechanical Co., Ltd., charcoal because of the expected construction cost. 10%, the prices of machinery and equipment imported to serve production also increase at least 5% -10%.

“The price of iron, steel and construction materials increased dramatically, up to 30% -40% compared to the end of 2020. The leading enterprises (DN) in the iron and steel industry could not predict the price trend in the industry. In the coming time, businesses will use these products as input materials as we are very passive “- Mr. Tong stated the current situation.

According to Mr. Do Phuoc Tong, the decline in supply, heavy metal and electrical materials prices increased rapidly from October 2020 until now, leading to an increase in the production cost of mechanical products. “The old order is at a loss; the new order is negotiating with the customer to adjust the price, but most of the profit falls to zero or negative. Not only the producer but also the buyer is down to track. See what is happening, the economy stalled for a beat “- Mr. Tong shared.

Similarly, the situation of lack of plastic materials is serious, and the price of plastic resins has increased over the past few months, pushing businesses into a difficult position. Mr. Tran Viet Anh – Vice Chairman of Ho Chi Minh City Association of Enterprises, General Director of Nam Thai Son Import and Export Joint Stock Company – said the characteristics of the plastic industry are that businesses often bid for the selling price at the end of the year, so the price data increased by about 40% from the beginning of the year until now, making all signed orders suffer losses. Many companies are producing in moderation with the hope that the price of raw materials will decrease, orders that can be negotiated to change the price will change.

“Plastic consumer goods are the most difficult to change prices, the most price increases are adjusted because it directly affects consumers’ pocket money. Enterprises temporarily choose to produce indefinitely or sell out their inventories at old prices. Industrial plastic is relatively easy to adjust prices than consumer plastic. Particularly for export orders, prices must be kept until June 2021 according to the contract “- Mr. Viet Anh stated the difficulty.

Mr. Nguyen Quoc Anh – Director of Duc Minh Rubber Company Limited, Chairman of Ho Chi Minh City Rubber and Plastic Association – also lamented that the price of rubber and chemicals in rubber has increased by 60% and there is no sign of stopping. . However, businesses only dare to increase product prices by 5% -10%, if this situation lasts for 2 months, they will have to increase another 20%. “It is very difficult to persuade foreign partners to accept the price change that they require to follow up and renegotiate. By this point, businesses that have orders in the first quarter are considered to lose profits” – Mr. Quoc British information.

Similarly, Mr. Duong Duy Phu, General Director of Khai Hoan VRG Joint Stock Company (Binh Duong), said that many input costs for medical glove production are increasing dramatically. “Nitrile latex material for the production of nitrile gloves has increased from US $ 1,300 / ton to US $ 4,000 / ton, an increase of 20% -50% are all imported goods affected by container jam. Enterprises place containers. to accept 2-3 times higher fees We tried domestic sourcing to reduce import dependence but the quality was not satisfactory.As simple as limestone, we gave the sample to the factory In domestic production, but the goods left in the warehouse for 1 week have been deposited while the imported chemicals can leave the quality intact for the whole month “- Mr. Phu shared.

Some businesses said before the fluctuation of input material prices, production orders for the year 2022, enterprises only closed the quantity but not the price with customers. To cope with the situation where raw material prices increased without stopping and difficult to predict, the majority of enterprises returned to save costs, flexibly allocate depreciation in parallel with efforts to renegotiate contracts with partners. . “Production cannot be interrupted, so despite losses, businesses must maintain and make full use of inventory materials while waiting for new developments. However, specific characteristics of the plastic industry are difficult to forecast price trends because depending on the US situation, the conflict of the largest plastic resin producing region in the world is the Middle East “- Mr. Viet Anh stated the situation and said the dependence on imported raw materials has lasted for decades. now makes the plastic industry face high risks and is always in a passive position. “The story of losses because of not being able to take the initiative in raw materials is repeated over and over, each time there are companies who cannot stand and have to leave the market. With the use scale of 7-8 billion USD, even 10 billion USD. plastic raw materials for production each year, if still unable to self-control raw materials, plastic enterprises will always be in a precarious position with many risks “- Mr. Viet Anh said.

Mr. Nguyen Quoc Anh said that compared to the low-end period in 2020, the price of raw materials has increased by 100%. The difficult thing is that it is impossible to predict the upcoming trend, businesses must continuously monitor the situation, flexibly respond.

According to Mr. Truong Dinh Hoe, General Secretary of the Vietnam Association of Seafood Exporters and Producers (VASEP), since the beginning of 2021, many essential items serving the operation of seafood processing factories have increased dramatically. such as: price of rubber gloves, clear plastic increased by 8% -9%; tape increased 15%, packaging for packaging increased from 7% -11%; some chemical goods CaCl2, oxygen tablets … within 3 months increased by 3.6% – 25%. In terms of freight, in January 2021, freight to the EU increased from 145% to 276% (depending on the port), up to 7,000 – 10,550 USD / container. Rates to the US, to Japan, the Middle East or ASEAN have all increased 2-5 times, even 10 times, depending on the itinerary.

Most recently, MSC announced that it will cut all frozen goods to the US from April. This move will increase the load on routes which have been overloaded for many months now may be the act of preparing for an increase. new price. In addition, businesses also reflect in 2020, because the change of the land price adjustment coefficient as a basis for calculating land rent also pushes the land tax price of enterprises from 2-4 times compared to before.