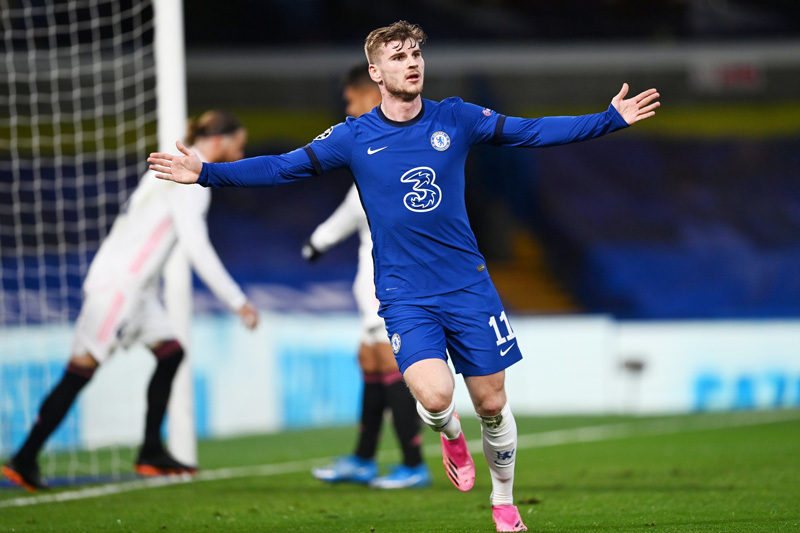 VietNamNet sends readers the progress of the match in the semifinals of the Champions League semi-final between Chelsea and Real Madrid, which took place at 2:00 on May 6.

Chelsea turned on the wall quite well in the middle. Mason Mount escaped to face Courtois, but the last shot shot past the bar.

Azpilicueta ran up the right flank and then hit the right spot so that Kai Havertz shook his head and hit the crossbar.

Chelsea are playing better thanks to a dynamic and dynamic midfield.

Benzema had a dangerous header, but once again Mendy succeeded in blocking.

Goals (1-0): Kai Havertz escaped and threw the ball over Courtois’ head to hit the crossbar and Timo Werner appeared just in time to hit the lead for Chelsea.

Benzema launched a thunderous shot but Mendy excelled to save Chelsea.

Real Madrid’s net was vibrated after Timo Werner’s strike, but the German striker fell into an offside position.

Rudiger suddenly fired cannons from a distance of nearly 30 meters, forcing Courtois to show his talent.

The two teams joined slowly with an exploratory mentality. Havertz just had a dangerous foul with Nacho.

Chelsea: Kovacic is the only injury.

Real Madrid: Mendy and Ramos can return. Varane, Carvajal, Vazquez and Valverde are absent due to injuries.