Specifically, according to the representative of ACV, in December will deploy the first item in the first phase of the project – mine clearance. Next, in January 2021, ACV will start the next project – airport fence construction.

According to the Dong Nai Department of Natural Resources and Environment, in more than 1,800 ha of land for the construction of Long Thanh airport phase 1 (priority phase), Dong Nai authorities have completed the work of compensation and liberation. surface area more than 1,200ha.

The remaining area includes rubber land that has not been liquidated and people’s houses have not been relocated because they have not yet arranged for resettlement. However, leaders of Dong Nai People’s Committee affirmed that they will hand over the premises to investors for construction of the items. 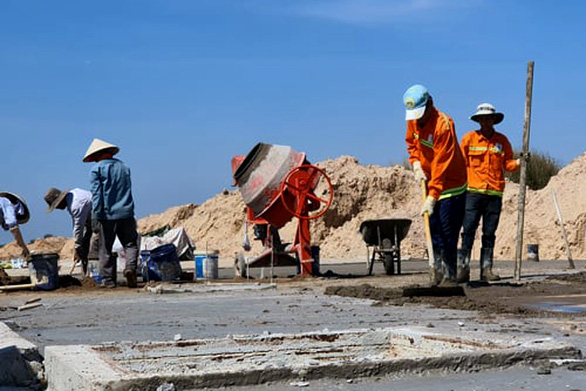 Construction workers paved the pavement of the resettlement area to bring people in – Photo: HM

At the meeting, agreeing the process of handing over the project land of Dong Nai province, Mr. Le Anh Tuan – Deputy Minister of Transport – assigned the Southern Airport Authority to implement procedures for land allocation. At the same time, ACV is requested in writing to request the Southern Airport Authority to allocate land for project implementation.

Recently, on December 4, the People’s Committee of Long Thanh district held a drawing ceremony for resettlement land for people whose land was acquired to build Long Thanh airport.

94 households whose land is acquired in priority area for site clearance (area of ​​1,800 ha) eligible for resettlement land have been drawn to choose the location of land in Loc An – Binh Son resettlement area. 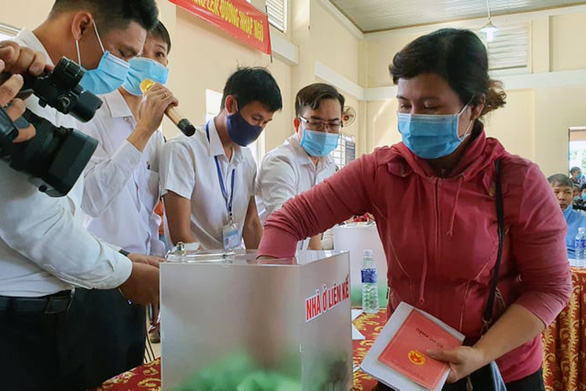 After 15 days of drawing the site, receiving resettlement land, the district authorities will carry out the procedures to issue a decision to hand over land on the field to the people.