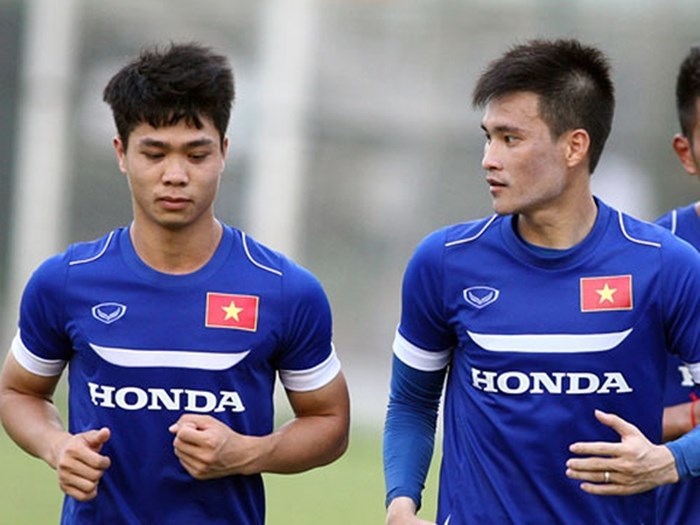 Saigon Club announced for Vietnamese players to go to Japan to “study football”, but whether it will succeed when Cong Vinh and Cong Phuong still … lose.

A few days ago, the Saigon Club excitedly ‘announced’ to the media that it had just finished cooperating with a team playing in J-League II to bring Vietnamese players to apprenticeship.

We are not for our own interests, ready to cooperate with other teams because the ultimate goal is to build Vietnamese football, dedicate to the national teams. Any team player who returns will still belong to that team.

Players coming to Japan will be upgraded from expertise to behavioral culture. The preferential regime supports housing, travel, living expenses, … income will be personal negotiation between the player and the club “.

According to Binh shared, the plan for 2021 will be 2 and gradually increase to 4-6 players in the coming years to improve the quality of Vietnamese football, making many people happy, because of the team’s dream. Strong nation is always a big goal that the whole football industry pursues.

People are happy after the statements and plans that Binh has made, but right after that, they cannot help but wonder about the aspirations of the President of the Saigon Club when looking at the series of study abroad before.

Wondering is yes, because the fact that the Saigon club was in 3rd place in the V-League last season, but the score among the players in this team is qualified and qualified to study in Japan to study football. as little, not even.

The biggest star, and perhaps also the best professional at Saigon Club at the moment, is just a Cao Van Trien who was only allowed to try fire in Vietnam during the year when international tournaments were frozen because COVID-19 translation at the end of 2020.

As for the talented “preschools” that the Saigon football team owns, it seems that there is only Nguyen Hoang – but this is a product from the PVF training furnace, before being transferred to the Saigon club itself a few days ago.

Without a standard youth training system, not really making football from the roots … so what the Saigon Club announced is not really convincing enough.

Many people even see the failure because in fact, compared to Cong Vinh, Cong Phuong, Tuan Anh … in terms of talent, even the preparation of life skills, integration seems to be at the club. Saigon or even many other football teams are too few people with enough caliber as the names just mentioned.

Needless to say, everyone saw how Cong Vinh, Cong Phuong … ended up failing after studying abroad from many years ago, although it seems that the preparation is perfect, hard work .. but not just the plan as the Saigon Club announced.