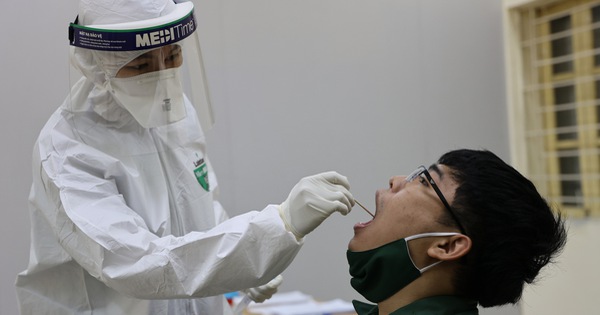 Sampling COVID-19 for recruits in the capital before leaving the army on the morning of February 23 – Photo: SON MINH

“The testing is fully prepared, thoughtful, do not let the epidemic spread among the army. When citizens come to the testing area, they have their temperature measured, disinfected, then taken to the sampling area, ensuring to sit at a distance of 2 meters in accordance with the epidemic prevention regulations, “said Senior Lieutenant Colonel An. 75 recruits in Ba Dinh were sampled for testing this morning 23-2 – Photo: HA THANH

Graduated from university, rookie Nguyen Hoang Tien (24 years old) wrote a voluntary application to enlist in the army with the desire to serve in the military environment, to develop and mature.

“Having been facilitated by the Military Command for recruits to join the army for this batch of COVID-19 tests will help us feel more secure about our health before we leave for the army and receive the task of protecting the country”, Tien shared . 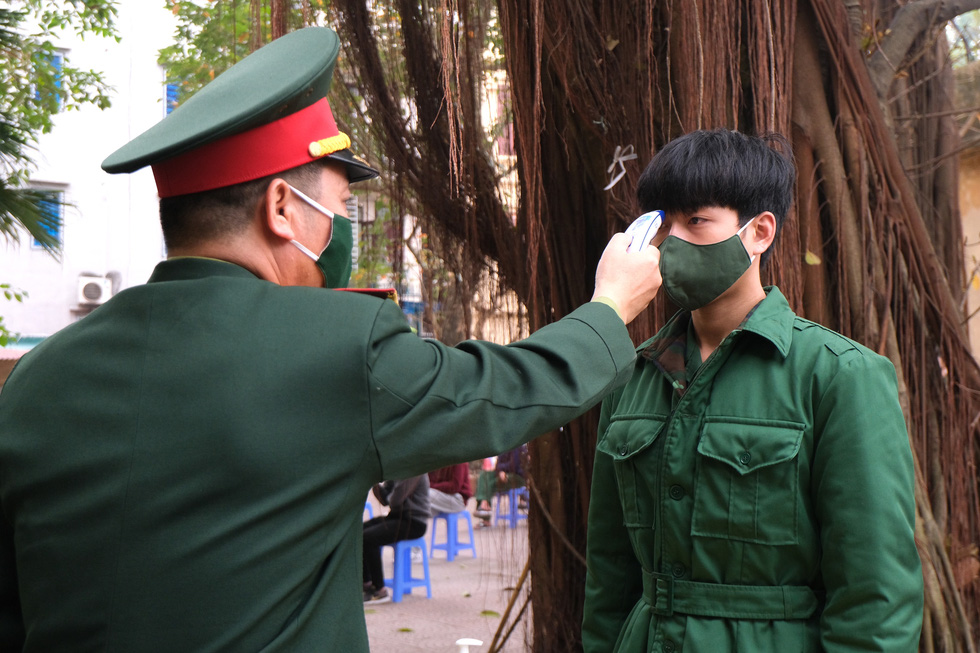 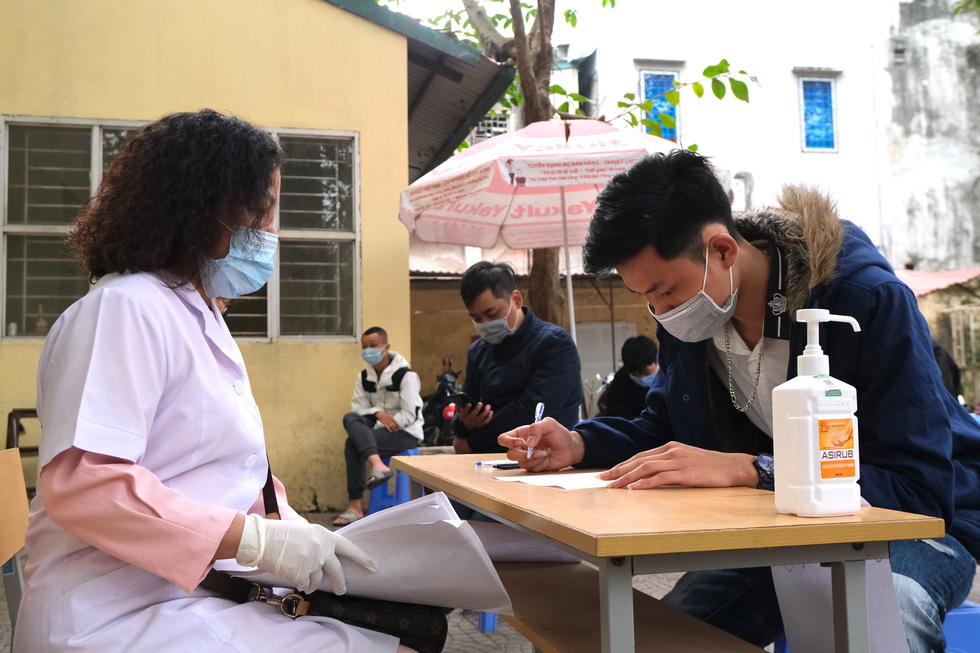 Senior Lieutenant Colonel Nguyen Duy An, Deputy Commander of the Mobilization of the Military Command of Ba Dinh District, said that the Military Command has reviewed and closely monitored all citizens in the area, ensuring 100% There is no one in contact with F0, F1 – Photo: HA THANH 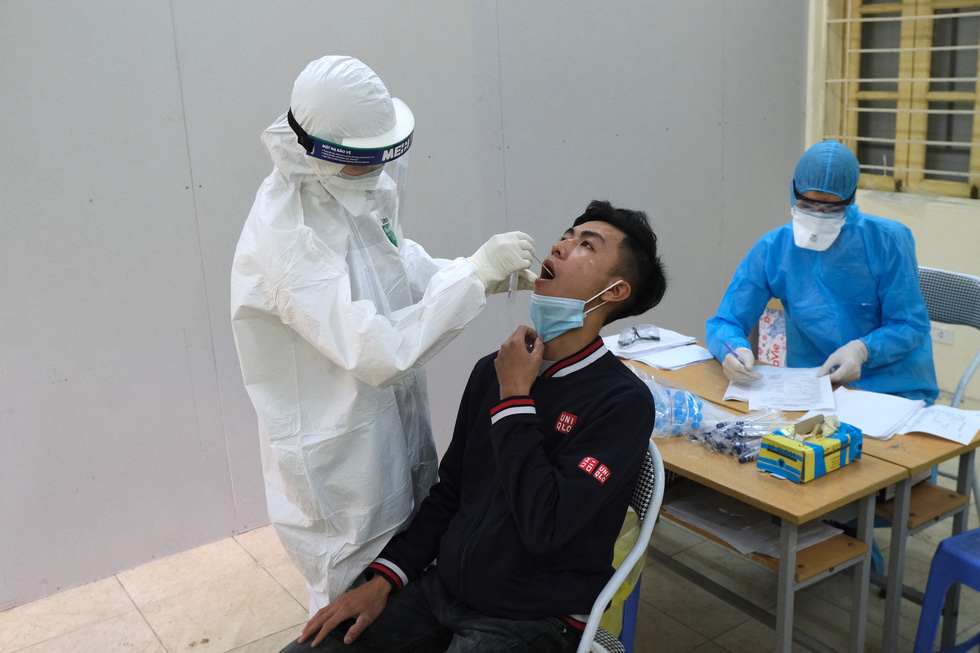 The work of testing COVID-19 for recruits before the date of enlistment to ensure safety, not to spread disease in the military environment – Photo: HA THANH 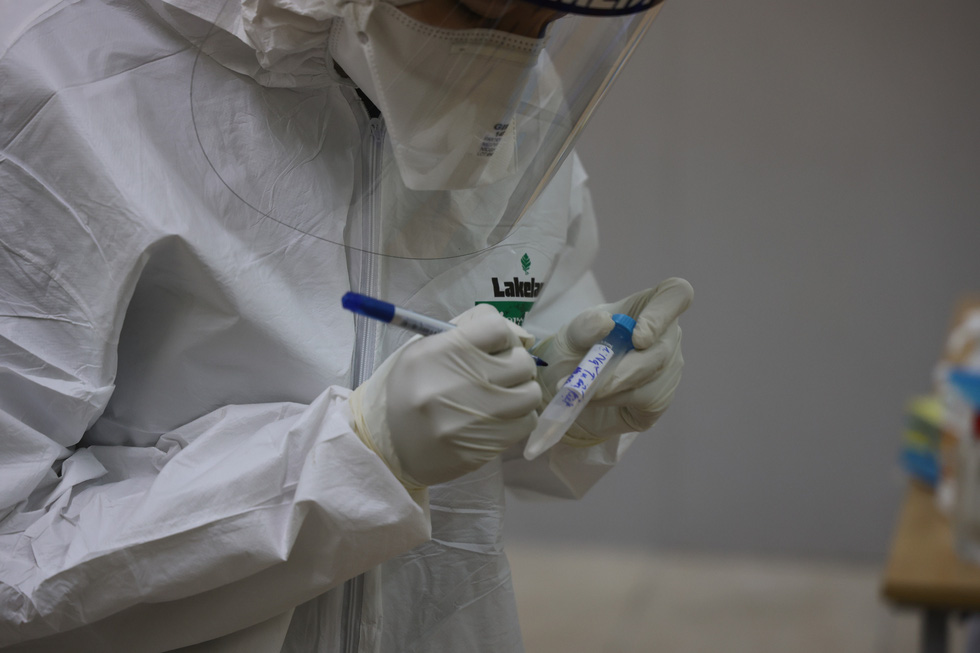 The COVID-19 test samples for recruits will be sent to CDC Hanoi, and the results returned 2 days before the enlistment day – Photo: HA THANH

In 2021, Hanoi was assigned the task of recruiting and calling more than 4,000 young men to enlist in the army to perform their military service and the people’s police.

More than 4,000 test samples will be sent to CDC Hanoi, the results will be returned 2 days before the February 27 enlistment day.