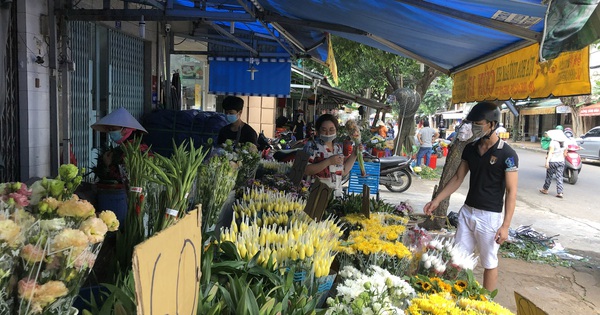 
As noted by the reporter, many flower stalls have cleared their goods early. By noon of the same day, the market only had a few stalls selling flowers, but the number of flowers was not much. According to the majority of small traders, the amount of flowers consumed during the Lunar New Year this year is lower than in the past.

A flower stall has cleared up, closed early

Mr. Le Thanh Tam (owner of Hoang Ha flower stall) said that on the occasion of the Dragon Boat Festival in previous years, his stall imported about 2 tons of flowers but this year only imported 700 kg. After 3 days of urgent sale, by noon on June 14, Mr. Tam’s stall had only about 100 kg of flowers left.

With the remaining flowers, he will sell them cheaply to retailers at markets in Ho Chi Minh City. Mr. Tam said he would take advantage of bringing the remaining goods out soon before the market shut down at the request of the locality to ensure the prevention of epidemics in the afternoon of the same day. 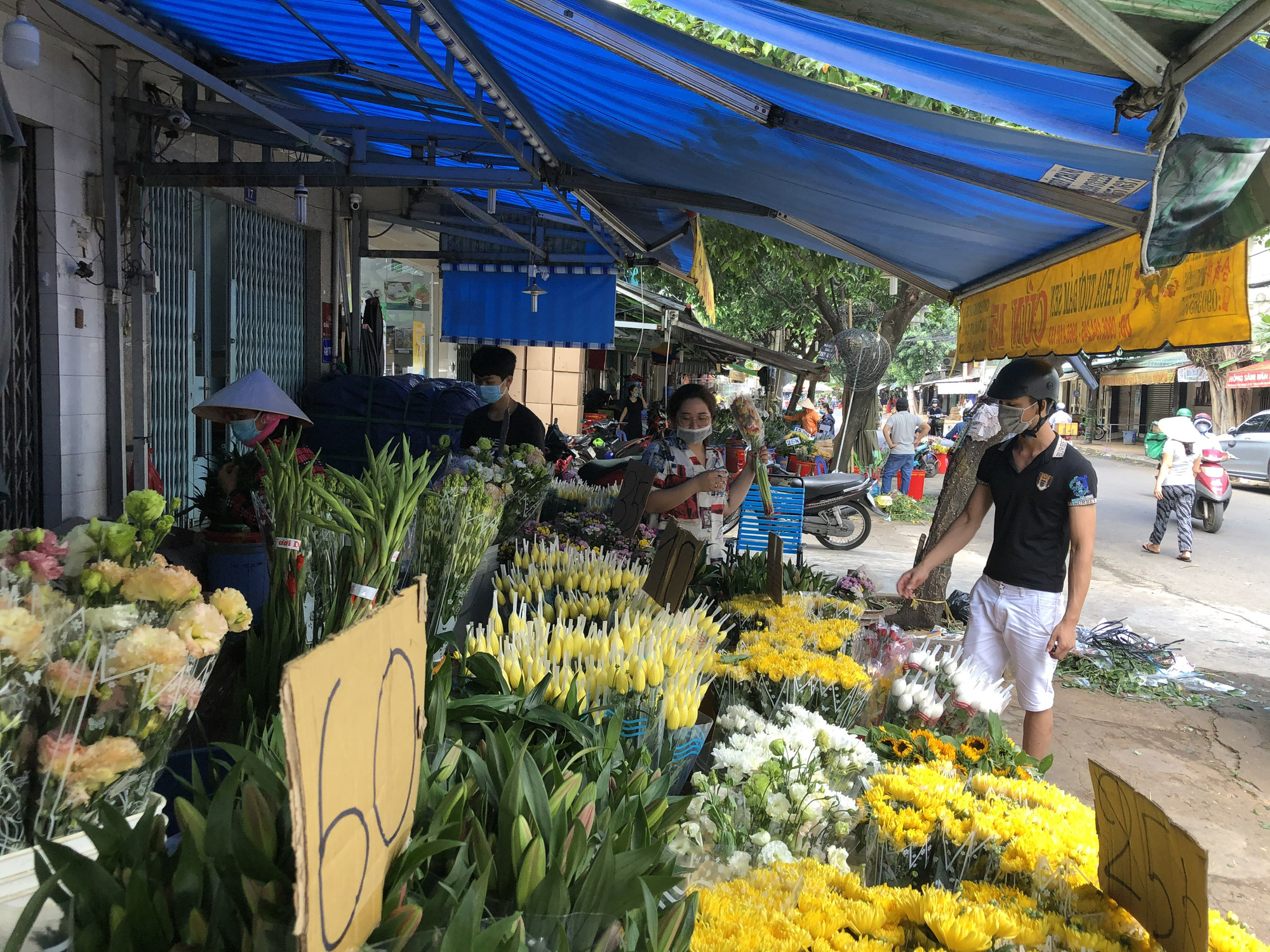 Take advantage of retail for customers before the market closes

Like Mr. Tam, Ms. Phuong Loan said that because she had predicted the epidemic situation, this time, her store actively imported less than half of the goods compared to every year.

According to Ms. Loan, this year’s purchasing power is not as good as every year, the amount of flowers sold has decreased by nearly 50%, but she is also happy that the price has not dropped. Ms. Loan said that when it was announced that Dam Sen flower market would be closed during the days of the Lunar New Year, the price of flowers dropped to low. However, after the market was allowed to operate, the price level stabilized.

“So far, it’s been more happy than sad. Happy for myself and happy for the gardener. Because the Lunar New Year is an occasion for gardeners in Lam Dong to sell a large amount of flowers. If the market is not active this occasion will not be able to sell. flowers” – Ms. Loan shared.

Like other flower stalls, with the remaining flowers, Ms. Loan will send them to retailers at markets and send them to other provinces and cities for consumption. 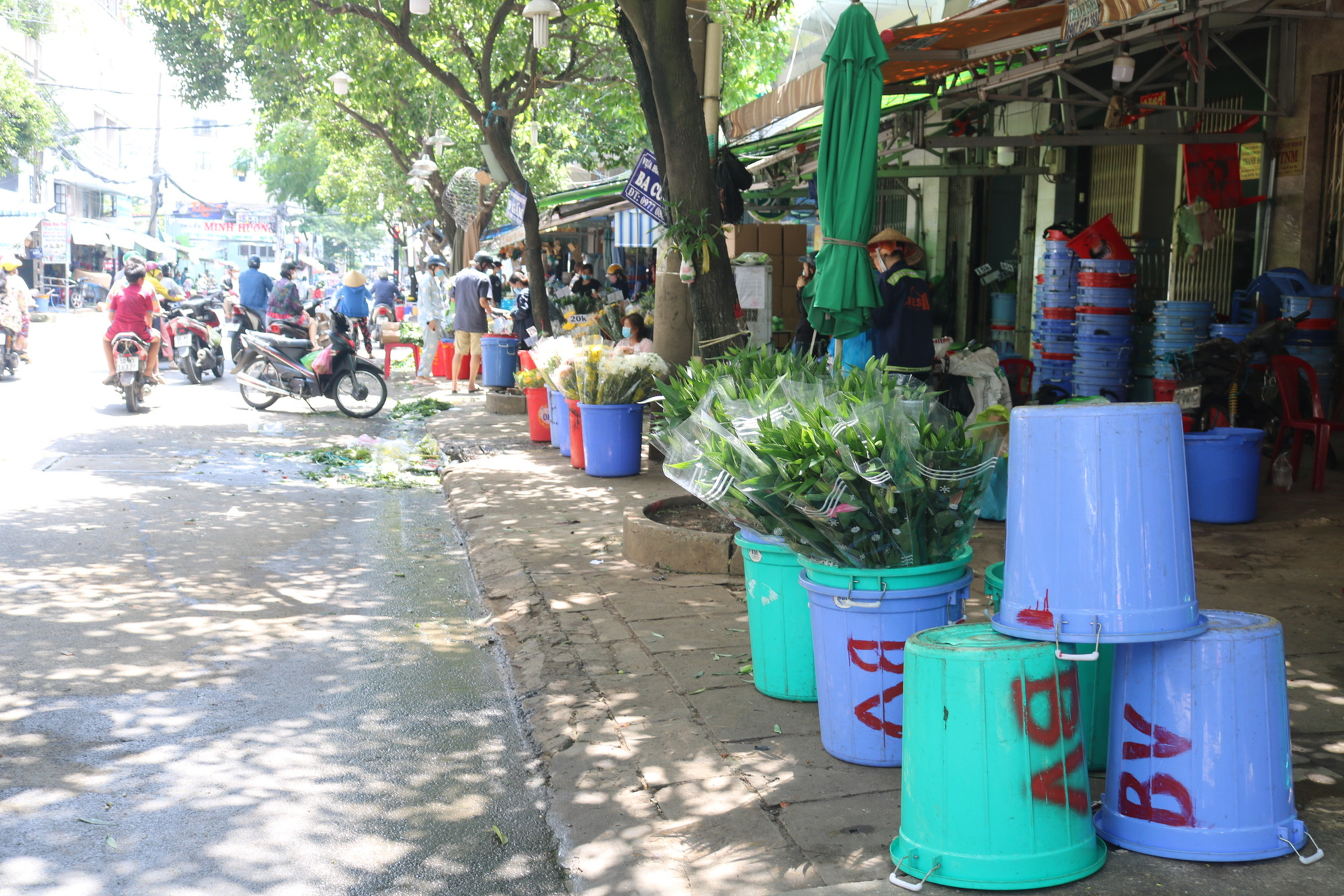 The amount of flowers left at the stalls is very small

Previously, to ensure safety against the Covid-19 epidemic, Dam Sen fresh flower market was officially closed and temporarily closed from May 31. On the evening of June 9, the People’s Committee of District 11 directed the People’s Committee of Ward 5 to coordinate with the Director of Dam Sen Service Cooperative to build a plan for Dam Sen flower market to be reopened from June 11 to 13 to serve the Lunar New Year. for the people of the city, and at the same time support the consumption of a part of fresh flowers for Lam Dong farmers.

In 3 days of operation, all small traders, transport units, and cargo porters at the market must strictly implement 5K and other epidemic control and prevention measures.

Some pictures of Dam Sen flower market at noon on June 14: 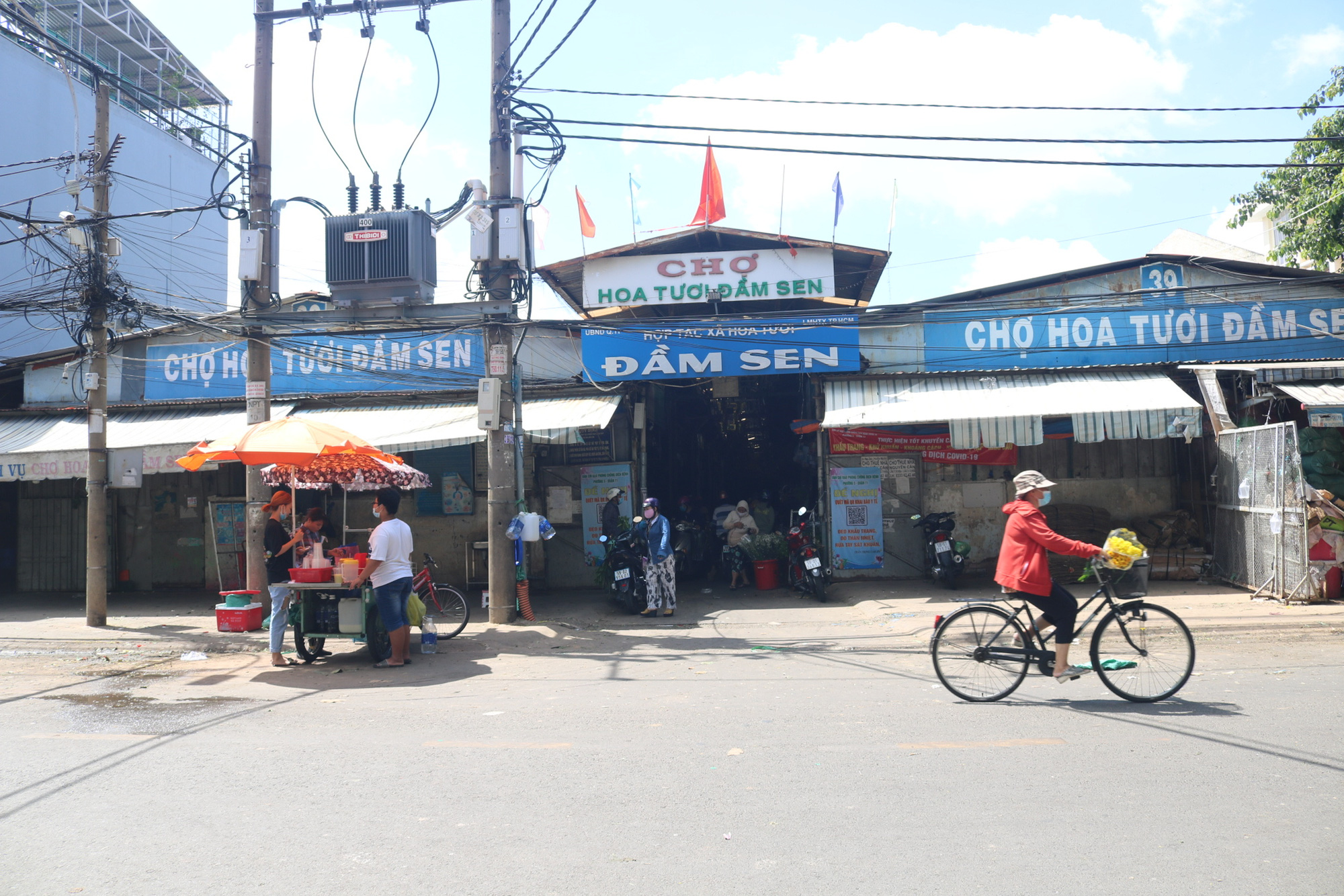 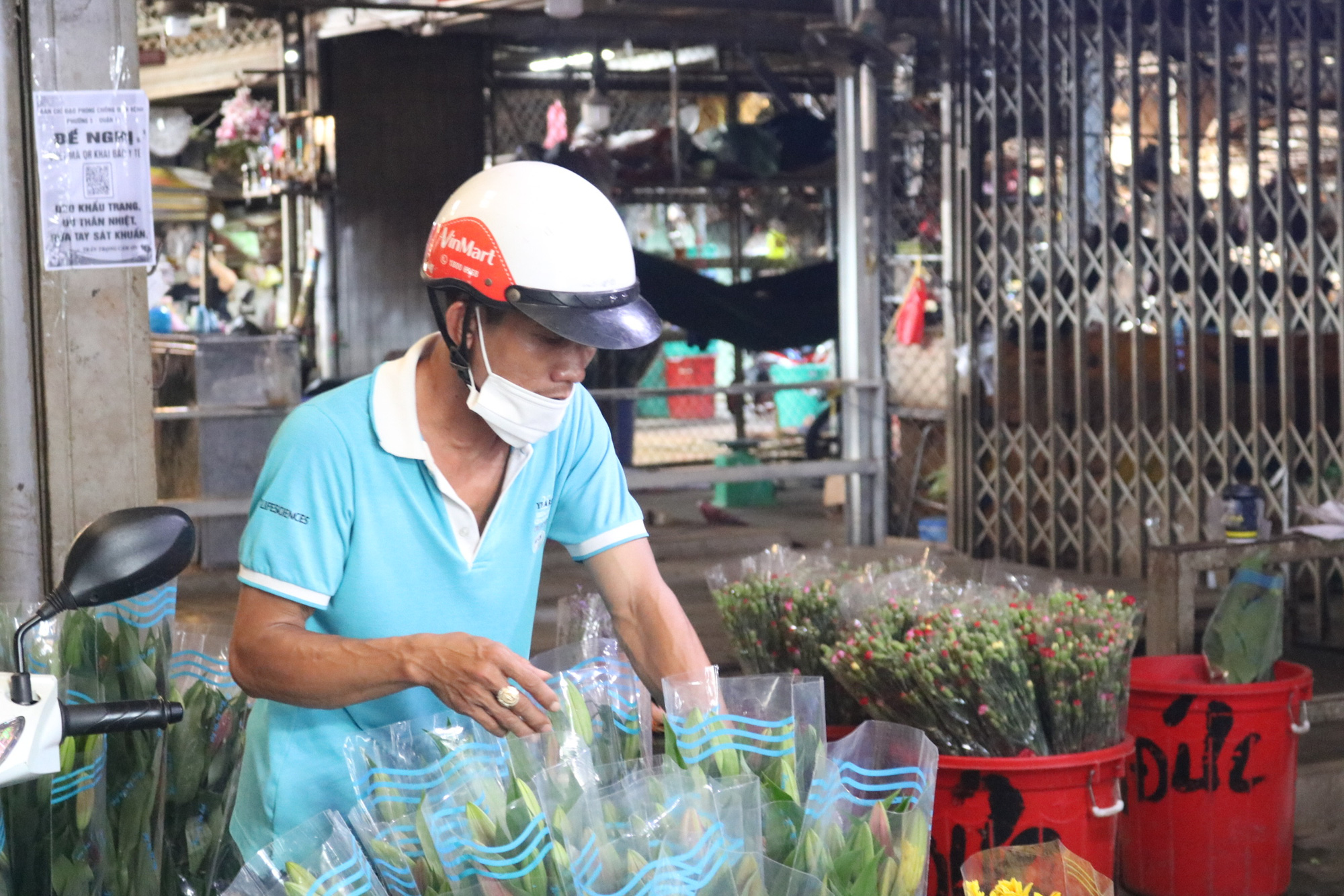 Only a few customers came to buy flowers 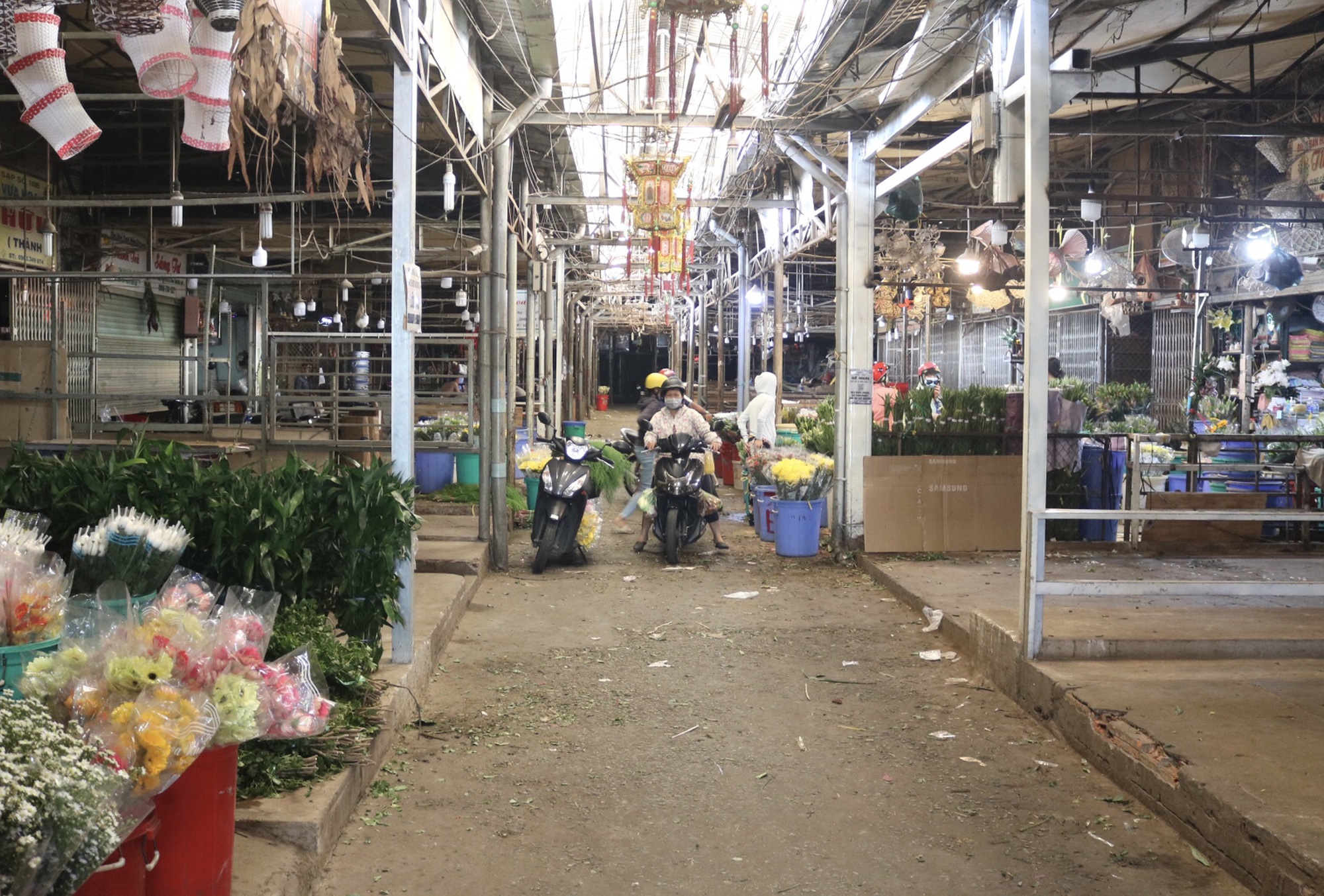 The area inside the market is deserted, most of the stalls have been cleared 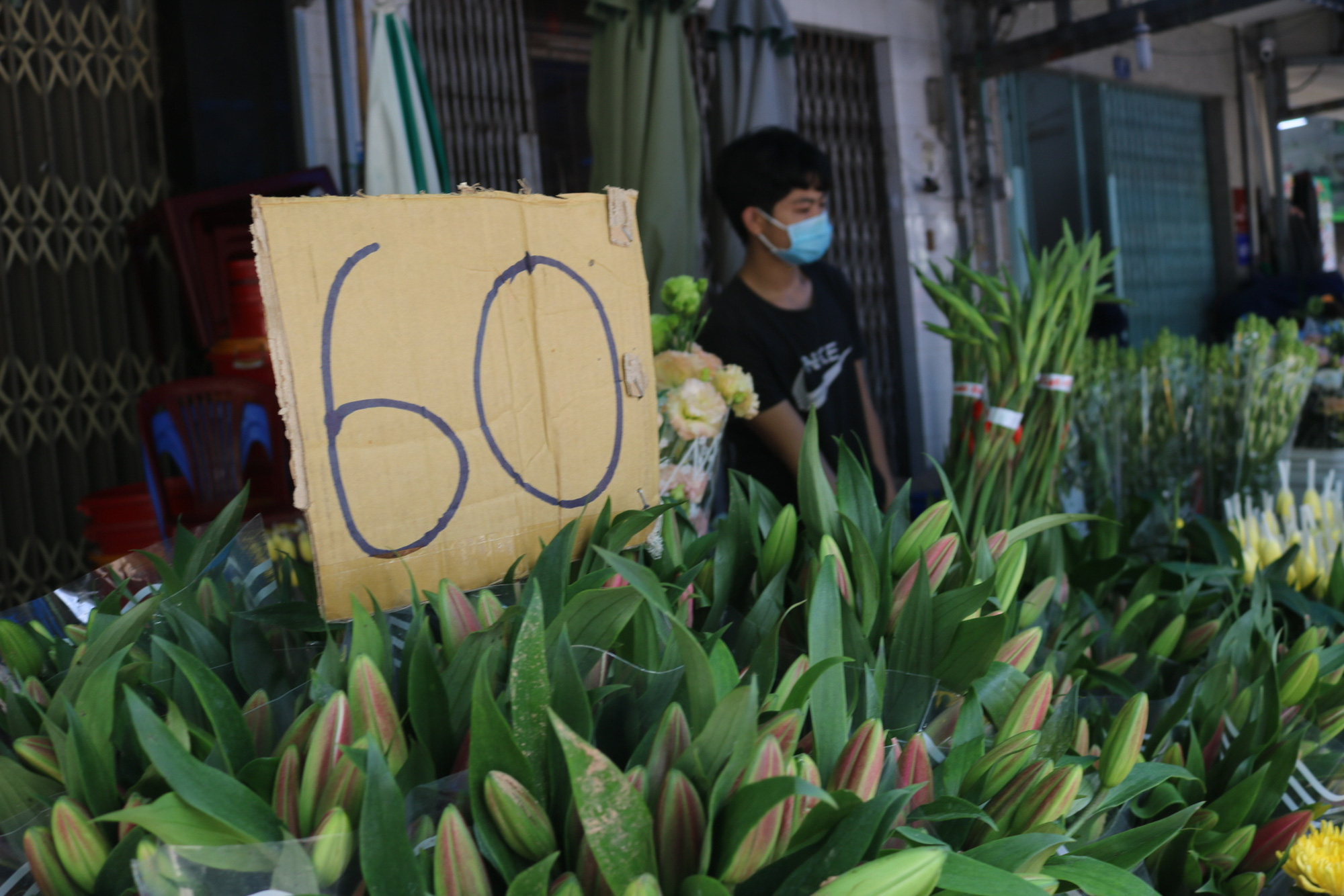