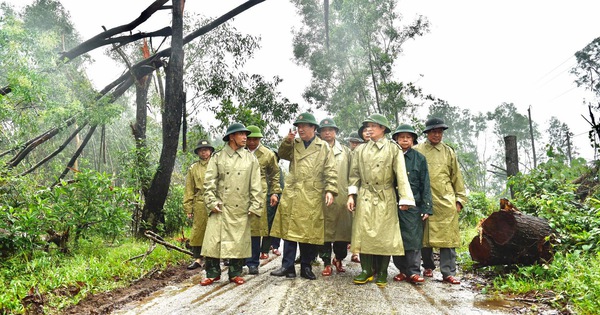 
Reporting Deputy Prime Minister and the delegation, Lieutenant General Nguyen Doan Anh, Commander of Military Region 4, said that the rescue and rescue work faced many difficulties due to the weather conditions and the huge volume of lands and rocks.

The engineer soldiers are using all means to pave the way to the hydroelectric plant area, currently the forces are about 2km away from the scene of the landslide.

Right after the plane landed at Phu Bai airport, the Deputy Prime Minister and the delegation continued to move by car to the area of ​​Rao Trang 3 Hydropower Plant, Phong Xuan Commune, Phong Dien District.

At noon October 13, at the Steering Committee of the forward headquarters located at the headquarters of the People’s Committee of Phong Xuan commune, Phong Dien district (Thua Thien-Hue province), leaders of Military Region 4 and Thua Thien – Hue province are urgently direct organizing the implementation of plans to early approach the landslide scene in the Rao Trang 3 hydropower plant area.

According to the VNA, the targeted approach options chosen are to follow Route 71 as a means of a motor vehicle carrying the engineer forces with the goal of opening the way to the rescue location; On the waterway, it is from Huong Dien Hydropower Plant with 2 high-speed boats. The plan to use more helicopters for survey and rescue is also being studied.

The functional forces mobilized 7 excavators, 2 bulldozers, 3 ambulances and hundreds of officers and soldiers to participate in the rescue.

According to the People’s Committee of Thua Thien Hue province, on October 12 afternoon, a provincial leader received a phone call from the people informing that the Rao Trang 3 Hydropower Plant had a landslide incident, affecting people in need of help. The call was interrupted midway due to loss of reception. Receiving the news, the functional forces of Thua Thien Hue province, Military Region 4 immediately sent forces to the scene to check and rescue. 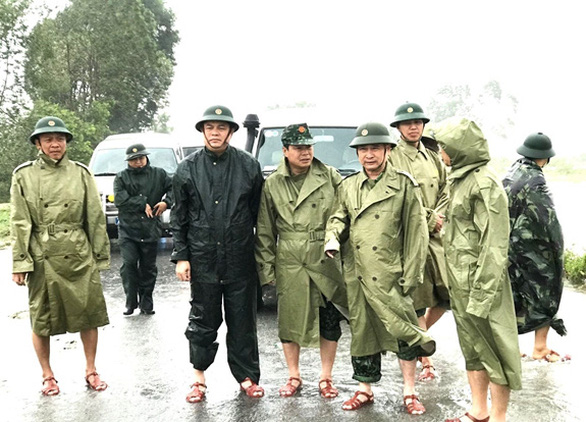 Currently, some soldiers and officials in the rescue team are losing contact.

According to Thua Thien – Hue newspaper, on the morning of October 13 in Phong Xuan commune (Phong Dien), Secretary of the Provincial Party Committee Le Truong Luu, Chairman of the Provincial People’s Committee Phan Ngoc Tho and Commander of Military Region 4 Nguyen Doan Anh had a meeting to discuss. Approach, rescue and rescue project for people stranded in Rao Trang 3 hydropower area.

According to the field record and the mission, due to heavy rains, the route to Rao Trang 3 hydropower is about 20km, with more than 10 major landslides, 4 fast flowing streams, bad weather leading to Field access faced many difficulties. The mission called to report and consult with Prime Minister Nguyen Xuan Phuc for guidance.

In the immediate future, the province has gathered forces and specialized means of scooters and cranes to open the way to the Rao Trang 3 hydropower area. At the same time, prepare food, food, and health care to ensure the work. rescue and rescue. The provincial police also sent 3 vehicles and fire prevention – rescue force to the scene. Dozens of officers and soldiers have also departed. 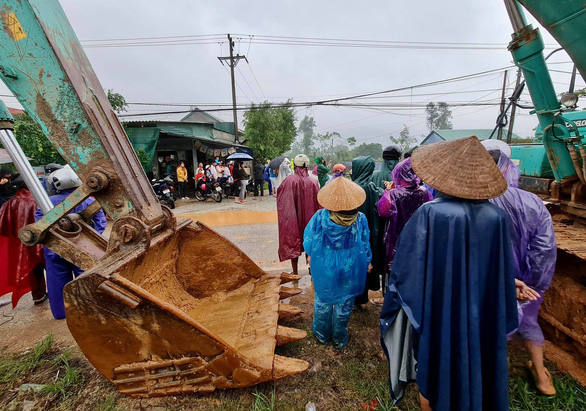 By 10:30, the forces still could not reach the scene due to the huge amount of lands and rocks plus rising stream water.

Also in the morning of October 13, receiving orders from the High Command of Military Region 4, many officers and soldiers of the 414th Army Brigade participated in duty in Phong Xuan commune, Phong Dien district, Thua Thien – Hue province. is a locality severely affected by storms and floods.

The 414th Engineering Brigade is the main unit of Military Region 4 in the task of disaster prevention, search and rescue. Disaster prevention and search and rescue are always determined as the combat duty of the engineer army in peacetime. Therefore, over the past time, the brigade often strictly observes the documents of the superior; grasp the weather situation and developments; develop plans, practice the plans, be ready to maneuver forces, equip and means to handle situations well.

Participating in the rescue and rescue phase this time, the brigade has brought forces with the most modern means, equipment and weapons to save and rescue in many complex situations, extreme conditions like natural accidents, disasters, accidents …