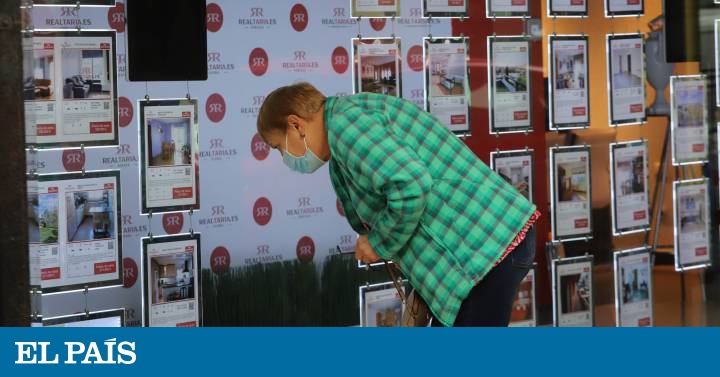 Renting or renting a house is not always an easy matter to carry. “It is a risky, feral activity,” says the spokesperson for the Organization of Consumers and Users (OCU), Ileana Izverniceanu. “You have many factors that you do not control and in which no one protects you effectively. You assume from the outset that you must face uncomfortable and unfair situations, and entrust yourself to luck. The system does not provide sufficient security to the parties ”, he summarizes. What abuses can the tenant and the landlord face? How are they avoided or resolved?

Refuse to pay the commission

In terms of rentals, a very frequent problem for the tenant is that “the real estate agency intends to charge a commission even in the case that he has only answered an advertisement that he himself has searched, without having resorted to the services of any professional ”, In the words of Izverniceanu. Which is equivalent to the systematic collection of commissions from the tenant, despite the fact that it is the landlord who has hired the agency for the rental.

Proof of this, according to the spokesperson, is that, if upon entering the apartment the new occupant observes a problem in the state of the property or its facilities and calls the agency to which he was forced to pay a commission, they usually answer him that they do not have any responsibility and you have to contact the owner. “And it is correct”, Izverniceanu emphasizes, since the role of the agency is to put the parties in contact and facilitate the signature, “but it shows that it does not provide any service to the tenant”.

The few cases that have reached the courts have proved the latter right, says Izverniceanu, “but this practice continues to be indiscriminate.” The Urban Leasing Law establishes that it is the landlord who will take charge of the commission, but only in the case of rentals where he is a legal entity. And, in Catalonia, the Autonomous Housing Law prohibits the charging of commissions to both parties. “But is there someone to control it?” Asks the spokeswoman rhetorically.

Another possible abuse that occurs often is the lack of minimum conditions of the rented house, or the lack of conservation. The greater the rush to enter a flat and not miss a supposed good opportunity, the fewer the checks by the potential tenant will be, which explains why many have been able to land in tiny interior homes and in which the abundant humidity was perhaps the least of the problems.

Before the coronavirus crisis, “in big cities renting a flat was a matter of speed,” Izverniceanu explains. “As the prices were very high, for each ad for an apartment with an affordable rent there could be dozens of applicants and it was taken by the first one who paid the signal and signed,” adds the spokeswoman. In his opinion, those who could carry out the necessary inquiries before the tenant enters the apartment would be the housing or habitability services of the town hall or the autonomous community. However, “although they exist in name, they are not really available to act at the request of the parties,” he denounces.

This rental rush has died down in recent months. When it stood at 10.64 euros per square meter, the average price of rental housing fell in January by 0.8% compared to the previous month, and the year-on-year increase was zero after 66 uninterrupted increases, from August 2015 to December 2020, according to Fotocasa data. “Now the market has more supply of rental housing, but demand has fallen from 49% registered a year ago to the current 43%, and this is one of the reasons that are causing prices to moderate, and in In large cities such as Madrid and Barcelona, ​​the falls are already close to 10% ”, underlines the communication director of the real estate portal, Anaïs López.

When demand picks up, however, another malpractice mentioned by Izverniceanu may reappear, that is, the fact that the real estate agency charges an amount just for being interested in a home, without even having visited it before. “Some companies could charge up to 200 euros and in order to recover the amounts given in reserve you were obliged to pay insurance,” says the OCU spokeswoman. “Now there are fewer applicants, but the system has not been corrected,” he says.

Regarding the duration of the contracts, some landlords force their tenants to sign contracts for six months or other periods of less than a year. “That way they pretend to have the freedom to renew the contract at will, or to raise the rent more often and, although it is a clear abuse, there are tenants who accept them out of necessity,” says Izverniceanu. To avoid being thrown out of the apartment or raising your rent prematurely, the tenant has only one way of claiming: the judicial one. However, this is not viable “for tenants with limited income,” laments the spokeswoman for the organization.

“It must be taken into account that the majority of housing rentals in our country are stipulated between individuals and are not governed by Consumption regulations, nor is there similar protection by Housing departments, therefore, as a consumer organization, we have little room for action, “explains Iverniceanu, for whom this problem is also evident when it comes to recovering the bonds at the end of the contract:” Many landlords return them promptly, after verifying that there are no damages or debts, but others invent reasons not to do it ”. They can do little in this as in other cases.

Therefore, it is better to prevent such situations from occurring. The tenant should screen the ads and discard those that are suspicious. You also have to carefully calculate the rent that can be assumed and the type of apartment you are looking for, before launching to call. “You should never advance money without having visited the apartment and having verified that it has the essential characteristics to enter to live,” says Izverniceanu.

Likewise, the price will be negotiated and reflected in a contract that must necessarily be “balanced”. Special attention will be paid to the expenses assumed by each party and to the amounts that are requested from the tenant as a guarantee and that cannot exceed one month of deposit and two months of extraordinary guarantee. It will not be too much to contract an insurance that covers your civil liability. “It costs little and covers a lot,” says the OCU spokeswoman.

For landlords, the important thing will be to have a solvent tenant. “It is complicated and for this reason we advise to take out a good insurance for non-payment of rent”, suggests Iverniceanu. The company will carry out a solvency study and will be guaranteed the collection of rents in the event of non-payment.