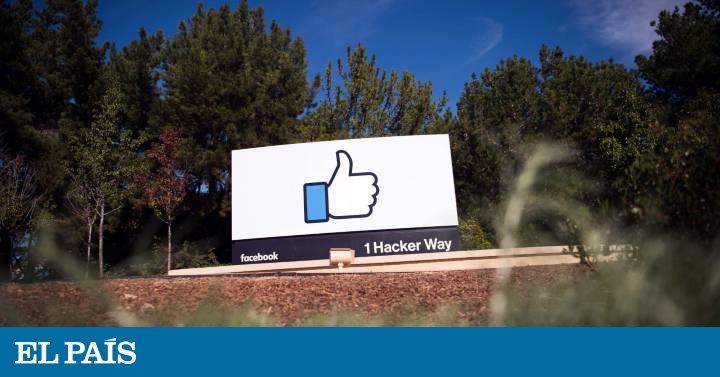 
The New York prosecutor’s office is leading an antitrust investigation against Facebook, which also involves seven other states plus the District of Columbia. This is the latest twist of the screw by US regulators to large technology firms, a clear reflection of the growing concern on the part of federal authorities and legislators about their massive market power.

Letitia James, the New York attorney general made the announcement this Friday through her Twitter account an hour and a half before the opening of Wall Street. In the short message, James explains that the investigation is trying to determine the extent to which Facebook’s actions put consumer data at risk, reduced their choice and raised the price of ads.

“The largest social platform in the world must comply with the law”, sentence. The action is also supported by the attorneys general of Colorado, Florida Iowa, Nebraska, North Carolina, Ohio, Tennessee and the District of Columbia. In a Joint press release indicates that the examination will focus on Facebook’s dominance and the potential competitive behavior derived from its power in the market.

James says the coalition of prosecutors will use all the tools at its disposal to investigate Facebook and determine whether its actions violated consumer rights. The platform run by Mark Zuckerberg is also undergoing a parallel review by the agency that regulates business activities in the US (FTC, for its acronym in English), in coordination with the Department of Justice.

BREAKING: I’m launching an investigation into Facebook to determine whether their actions endangered consumer data, reduced the quality of consumers’ choices, or increased the price of advertising.

The largest social media platform in the world must follow the law.

The investigation is still in a very early stage and could take years to culminate in concrete action. States are sovereign when it comes to examining competition issues, but they don’t have as many resources. The announcement, in any case, was enough to bring down the value of Facebook by 2% for fear of new sanctions or changes being imposed to its business model.

The FTC just sanctioned Facebook with $ 5 billion for failing to protect the privacy of its users, in the wake of the Cambridge Analytica data breach scandal. The investigation is also announced when about thirty state prosecutors are preparing to announce a separate antitrust investigation against Google, the largest company on the Internet.

The examination of the Alphabet subsidiary will be led by Texas, according to the information that circulated this week. In this case, it would focus on determining the effect that its business practices are having on the digital advertising market and how that affects the consumer. The FTC this week sanctioned the audiovisual platform Youtube for illegally using data of minors.

Among the areas that regulators can examine is also past acquisitions they have made, to determine whether they have been used to eliminate potential future rivals. The fact that these companies control several platforms, such as Instagram and WhatsApp in the case of Facebook, allows them to have cross access to data to develop new services.