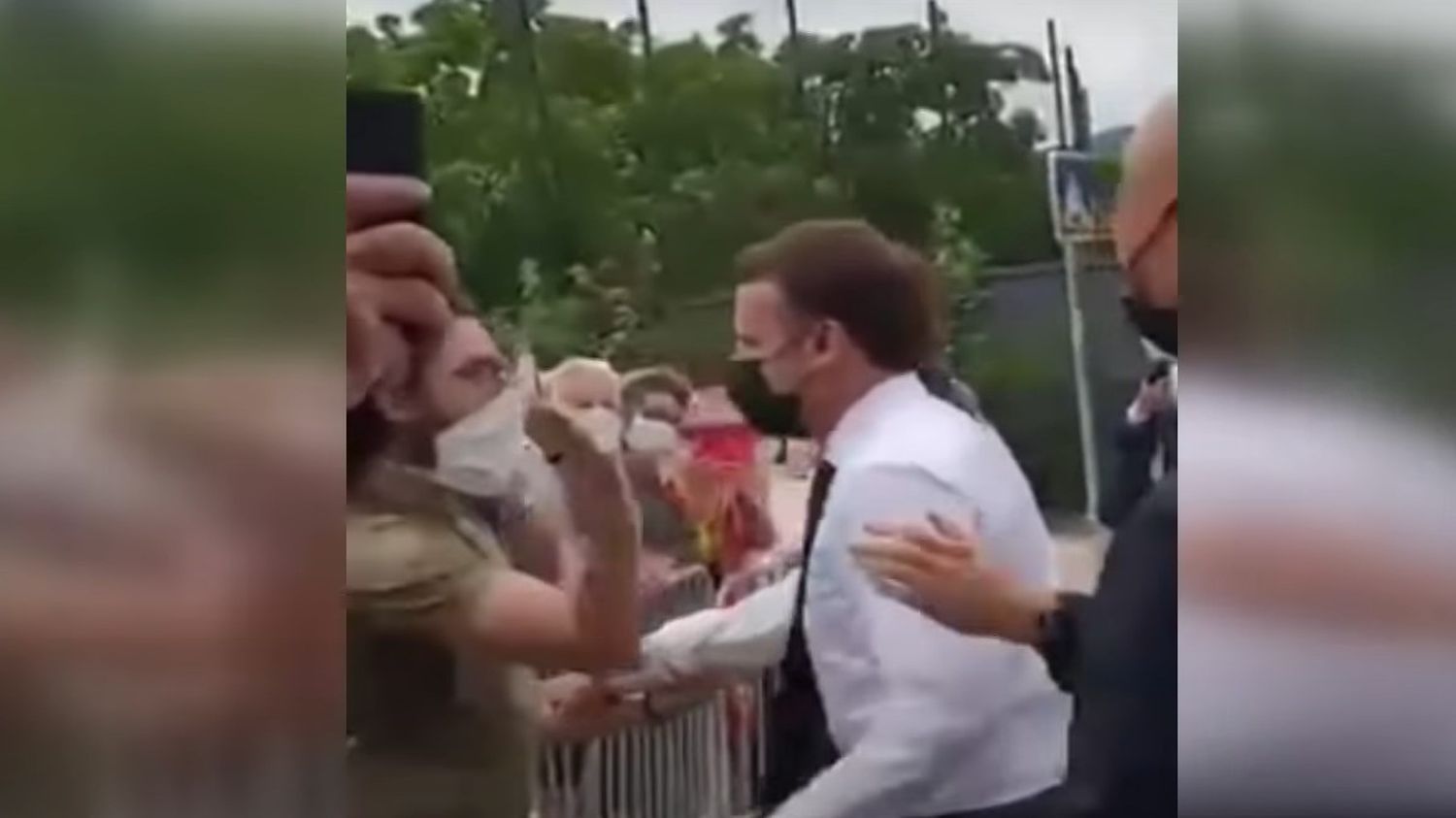 Eighteen months in prison “without arrangement“With a warrant of committal were required Thursday, June 10 against Damien Tarel. The 28-year-old man is being tried in immediate appearance in Valence for having slapped the President of the Republic on the sidelines of a trip to the Drôme on Tuesday. The penalty required is accompanied by a definitive ban from exercising public office, a ban on voting rights for a maximum of five years, and a ban on possession of a weapon for five years.

The suspect admitted at the hearing that he slapped the president and held “words denouncing politics”, had specified the prosecution. He said he was close to “the movement of ‘yellow vests'” and explained to have acted “without thinking” for “express your displeasure”. His gesture “perfectly inadmissible” has been described as“deliberate act of violence” by the representative of the public prosecutor.