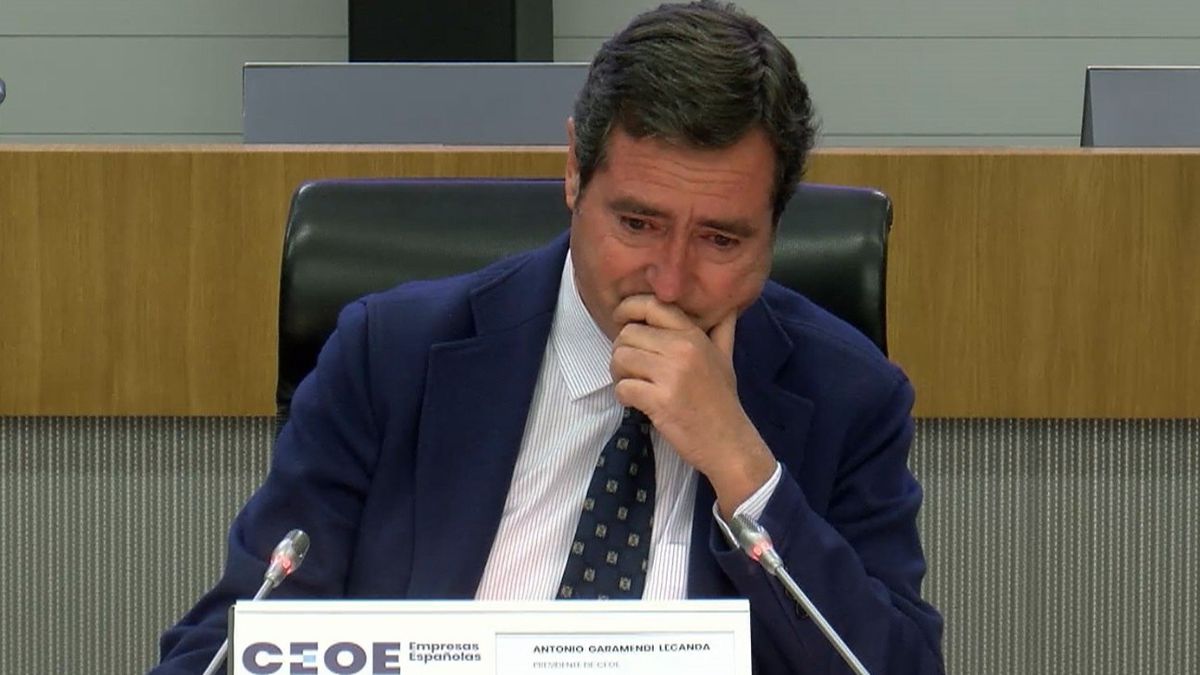 
Antonio Garamendi, president of the Spanish Confederation of Business Organizations (CEOE), received this Wednesday the support of his colleagues in the form of an ovation after the controversy generated by his statements on the pardons decreed by the Government for the Catalan politicians promoting the you process. “I will comment on what I have experienced in recent days: it seems to me an injustice”, Garamendi, who has chaired the CEOE General Assembly this Wednesday, has visibly moved. “I’ve had some bad, very bad days,” he admitted.

“I have always talked about the rule of law, the rule of law, the unity of Spain and the parliamentary monarchy. The radish has been caught by the leaves and a part of an hour of interview has been used, which, in addition, is not literal ”, has indicated the president of the CEOE. Garamendi was referring to the statements he made during an interview on the program Cafè d’idees, which was broadcast last Thursday, June 17, on RNE and La 2, in which, when asked if pardons could help the political stability demanded by the employer, he replied: “Within the rule of law is the power of the Government to give these pardons and we are not going to enter there. The rule of law works, within it are pardons, there may be different opinions, but if this in some way ends in things being normalized, then welcome ”.

After the commotion created by his words, Garamendi tried to clarify what was expressed during the interview, noting that his organization did not position itself either in favor or against the pardons, but it did not prevent his position from being questioned from part of the political sphere. . “No matter what he has been saying for days,” lamented the president of the entrepreneurs, who added: “A lifetime is worth absolutely nothing.

After concluding his final speech, with which the General Assembly of the CEOE has been concluded, in which the approval of the 2020 annual activities report and the budget proposal for the year 2021 was on the agenda – both have been agreed by a majority – the senior management officials gathered there applauded Garamendi, who, moved, thanked the expressions of affection received. It is at that moment when he has admitted to having had a few “very bad” days.

During his speech, the leader of the businessmen has again shown his disagreement with the draft of the labor reform that the Government has sent them. “We have a frontal position, we cannot accept not to modernize the labor market, but to constrain it,” he indicated. “There is a lot of ideology in the papers that come to us. We believe that they are interventionist proposals and misaligned with the productive fabric that would generate a context of uncertainty. We do not share at all the project that has been presented to us ”, he added.