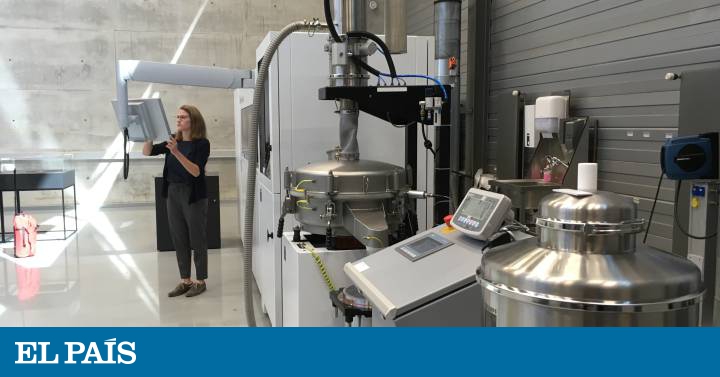 
Christiane Grunwald accurately remembers October 1, 2009. That morning, the head of human resources at Trumpf, a large machine tool manufacturer, received a news that left her speechless at the daily conference of the chief executive: for the first time, They had not sold a single machine in the 70 subsidiaries they have spread all over the world. The dreaded crisis had come, also to Trumpf.

The United States and Europeans stopped buying industrial machines from this company, which counts Boeing, Alessi, BMW or Daimler among its large clients. Grunwald immediately understood that if they did not sell as before they would have to stop producing as before. The question now was what to do with a workforce sized for good times. They were months of intense negotiations presided over by a goal shared by the company and the workers’ representatives: to avoid layoffs at all costs. The company, like many others in Germany, estimated that the crisis would last a few months and then they would need workers again. Hiring and training again would be very expensive and it would not be easy given the shortage of labor in some sectors already then. You had to play with the cards in your hand. And those letters were very good.

The great recession of 2008 had a full impact on the large German export sector, but the labor market nonetheless emerged virtually unscathed from the financial cyclone that triggered unemployment in other EU countries. The key, according to numerous experts and reports that followed the so-called German “miracle”, was a series of anti-crisis measures promoted and funded by the Berlin government, by which companies reduced the number of hours their employees worked – the famous Kurzarbeit to which in 2009 more than a million workers were taken in — without the wages suffering too much. But above all, the companies used the accumulated overtime of their workers to cushion the fall in production. “It was a success story. The government hardly had to increase its spending on unemployment insurance,” explains Marcel Fratzscher, director of the German Institute for Economic Research (DIW).

The unemployment figure in Germany today is the lowest since reunification in 1990. That does not mean, however, that the German labor market does not suffer from other ills. Low wages and their future impact on pensions, non-contract jobs and an inequality that does not remit despite the economic boom are, according to experts, the main challenges that the leading economy in the euro zone must face.

In Trumpf they only had to make use of that reduction in hours to which more than a million Germans took advantage in 2009, months after the crisis hit. Because like many other German companies, the employees of this giant had accumulated hundreds of unpaid overtime before the crisis. In other words, each worker had a surplus in hours, agreed with the company and saved precisely for the day the skinny cows arrived.

It is about overtime that by contract the bosses can demand from the worker according to the production demand and that the employee can often choose when and how he works. These hours are not paid, but they are kept in a general account of the company that has a maximum and minimum limit agreed with the works council. “Most of our employees had accumulated the limit of 250 overtime hours when the crisis hit. So, what we did was to reduce that number. People worked less, but they paid normal because they had their credit in hours,” explains Grunwald in the spectacular company headquarters near Stuttgart, southern Germany.

At the end of 2009, workers stopped working one day a week, because sales kept falling, but their salary was not touched and except for a handful of agreed layoffs, the workforce was not cut. Thus, for six months until his overtime bag (RAZ, in its acronym in German) went into the red. It was then that they took advantage of the program to cut working hours promoted by the Government.

Employees stopped working two days a week and those hours were financed by 60% from the state coffers. In exchange, they were obliged to receive part of their free time training from the company. That cut was in force for almost four months, in which they also agreed to a lower Christmas and holiday bonuses that they recovered after the crisis, a progressive reduction in salaries – more cuts for managers, and nothing for low salaries. The owners of the company made a millionaire outlay of their private fortune and financed part of the studies of those who wanted to learn something, guaranteeing them the return to work. Evelyn Konrad was one of those who signed up to that plan. She was 23 years old at the time and the crisis was an opportunity for her to grow professionally. He took advantage of the facilities and studied a 12-month master’s degree in Edinburgh with financial help from the company. Then he was guaranteed a return to the company where he now works in the laser metal fusion marketing department. “The master broadened my horizon, gave me new ideas,” says Konrad, who joined Trumpf at the age of 18.

At the end of 2010 the company started to recover and the cut in working hours and other measures disappeared. Like little ants, the workers began to accumulate overtime again in case a cold winter arrives and incidentally they have skyrocketed production, which last year allowed them to join this company, with a workforce of 13,500 workers, about 3,600 million euros in sales.

The directive’s account might seem like a laborious fairy tale, but Renate Luksa, president of the Trumpf works council, corroborates it point by point in her office. Negotiations behind closed doors are tough, he explains, but the important thing, he thinks, is to reach agreements and that there are no layoffs. “The workers saw that all the companies were in crisis and that helped them understand that measures had to be taken. Besides, whoever comes to work here already knows that they have to adapt to the RAZ system and that security is offered; it is like an account of each worker’s bank “. As in human resources, worker representatives have long been preparing for possible new crises. “Today we are doing well, but we don’t know how tomorrow will go,” Luksa thinks.

Anke Hassel, director of the WSI, the Institute for Social and Economic Sciences affiliated with the German trade unions, agrees that the job adjustments adopted during the crisis helped a lot and that unemployment is certainly not a problem in Germany today. But he points out others, such as low wages – about 10 euros an hour, equal to less than two-thirds below the average wage – that affects around 24% of employees, which represents the highest figure in Western Europe. These low wages are what allow Germany to be very competitive in exports, which also accumulate record numbers and wreak havoc on the economies of third countries. “Low wages are the biggest problem, which in turn affects pensions. Many Germans will have pensions below the poverty line.”

Maximilian Stockhausen, an expert at the German Institute of Economics in Cologne, close to the employers’ association, highlights as another important aspect the high rates of part-time work, especially among women. “That is a field where there is a lot of room for improvement.” He explains that the inequality between the highest and lowest incomes has remained stable in the last 10 years “despite the fact that during this time the economy has grown.” And despite the record surplus, which, in the realm of austerity, totaled 48.1 billion euros last year.