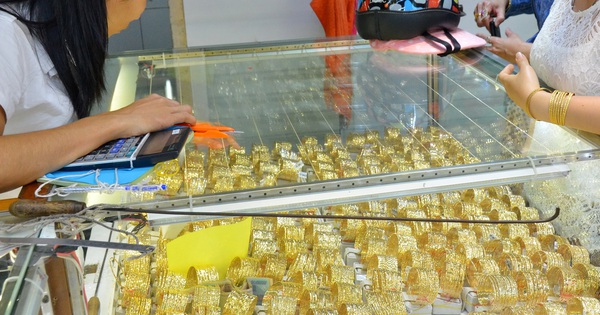 The difference between buying and selling gold prices continued to be kept by businesses at about 400,000 VND / tael.

Jewelry gold price is much cheaper than SJC gold

Some other businesses traded smooth round gold around VND 50.6 million / purchased volume, VND 50.85 million / sold volume. The difference between buying and selling prices is only about 250,000 VND / tael.

On the international market, the world spot gold price was 1,738 USD / ounce, 6 USD / ounce lower than the closing price last week. Previously, according to Kitco’s survey on gold price trend, both analysts and investors believed that this precious metal would strongly recover.