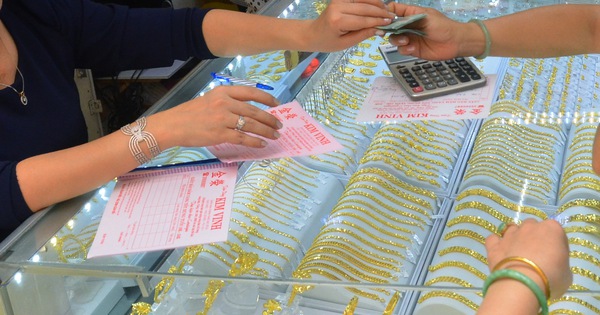 
On May 1, the world gold market closed the trading week and entered the International Labor Day 1-5 holiday at $ 1,769 / ounce, slightly lower than the end of the previous day.

Closed in April, the world gold price was almost unchanged when it only increased by about ten dollars per ounce compared to the previous month. During the month, there was a time when gold prices rose to nearly 1,790 USD / ounce but could not reach the resistance of 1,800 USD / ounce and turned back. The deepest decline in gold prices in the past month was only about 1,756 USD / ounce. The strongest fluctuation range of precious metals is around 30 USD / ounce.

Gold price is forecasted to increase sharply in May

However, analysts predict that gold prices will have a strong breakthrough in May, soon reaching 1,800 USD / ounce and possibly reaching 1,900 USD / ounce by the end of this year. More specific steps of the US Federal Reserve (Fed) help the US economy recover faster, rising inflation is a catalyst for the price of gold to rise.

However, the attractiveness of the stock market can inhibit the price of gold and the level of 1,800 USD / ounce will be the threshold that gold prices must overcome in the near future to go up.

Meanwhile, the domestic gold market continued the holidays April 30 and May 1 after closing transactions at VND55.15 million / purchased volume, VND 55.65 million / volume sold, up. about 600,000 VND / tael compared to the beginning of April.

The domestic gold market mainly fluctuates in price due to the influence from world prices, while the purchasing power in the market has no sudden change. The difference between buying and selling prices is regularly kept by businesses at less than 500,000 VND / tael, even some times, businesses have narrowed to about 300,000 VND / tael to stimulate demand in the market. .