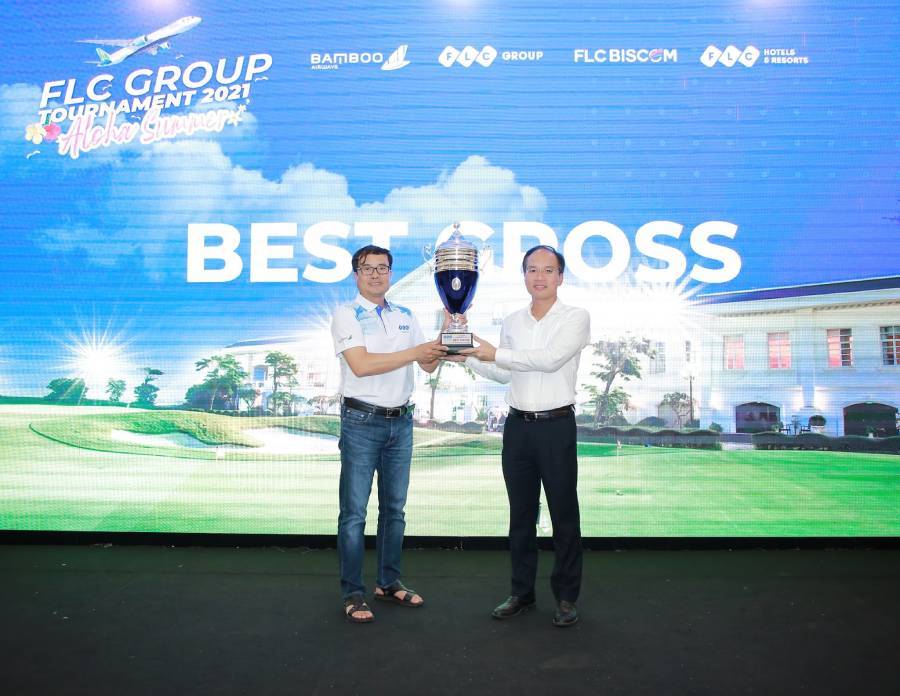 With a record of 70 sticks, golfer Nguyen Tien Sy beat 1200 golfers to the championship at the tournament just ended in Sam Son (Thanh Hoa).

After 6 days of dramatic competition, FLC Group Tournament 2021 found the champion: golfer Nguyen Tien Sy. This golfer took the throne with a record of 70 strokes, surpassing 1200 opponents to win the Best Gross award.

It is worth mentioning, the achievement of golfer Nguyen Tien Sy is only better than the opponents chasing extremely closely. The golfer chasing Nguyen Dang Minh was only 2 strokes less than the champion.

At FLC Group Tournament 2021, despite offering a “huge” prize for hole in one with 12 luxury cars, no golfer successfully conquered.