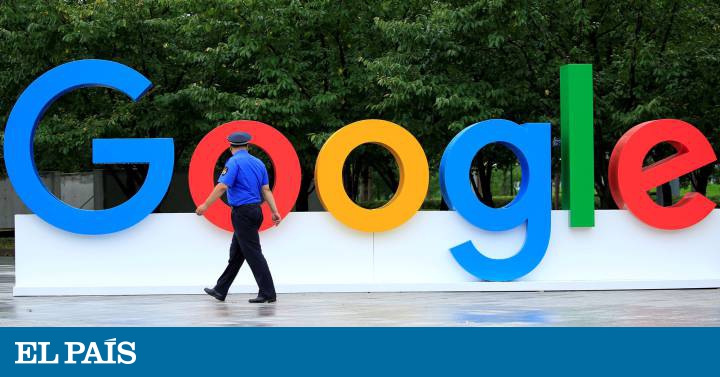 Andy Rubin’s name does not appear on the MeToo lists. And that, despite the fact that the creator of the Android operating system left Google just four years ago, after an internal investigation determined that he had an inappropriate relationship with a subordinate. Mountain View’s technology company never disclosed this detail and compensated him $ 90 million for his departure. An article of The New York Times reveals how the company covered up the case and the account forced its CEO, Sundar Pichai, to acknowledge that over the past two years he fired 48 employees accused of harassment.

Among those 50 laid-off employees, 13 held senior management positions at the Alphabet subsidiary. Pichai communicated this by letter to the staff, in which he made it clear that abuse cases are taken very seriously and all complaints are reviewed, to take the appropriate action in each case. “We have taken a particularly hard line regarding inappropriate behavior in positions of authority,” he says in response to the detailed account of the New York newspaper. All of them, unlike the creator of Android, were fired without receiving financial compensation.

Pichai admits that the report was “difficult to read.” Rubin started working for Google in 2005, when the company that developed the program that brings Android mobile devices to life was acquired for $ 50 million. He was considered a fundamental pillar in the success of the technology company, where he was employed until October 2014. The operating system is installed in eight out of ten telephones that are used worldwide and is one of its main sources of income.

The newspaper exposes how the executive treated his employees and assures, citing company sources, that Google did little to try to correct his abusive behavior towards subordinates. He also relates that he had several extramarital affairs with employees, including one from the Android team that the human resources department was not aware of.

The latter, according to The New York Times, was forced to perform oral sex on him in a hotel room. The incident ended up breaking the relationship and after a while he decided to step forward, filed a complaint that led to an investigation being launched. Larry Page, co-founder of Google, simply thanked his contribution to the company when his departure was announced.

“I wish him the best”, you can read in the statement at the time. It was never cited that the investigation by the human rights department certified the complaint as credible. The executive denied this extreme and insisted that the relationship was consensual. The newspaper explains that Rubin and Google chose to agree to a friendly way out to avoid the attention of the press and other potential victims.

The creator of Android took a sabbatical a year ago from the mobile manufacturer Essential, in the midst of a wave of complaints that accompanied the MeToo movement. He alleged personal issues. But the specialized portal technology The Information He then announced that he was temporarily withdrawing because details of the relationship that the Google employee had had transpired.

Rubin, who is estimated to amass a fortune of 350 million, has in parallel an open lawsuit with his wife, whom he met on Google. The couple decided to divorce in August, but the lawsuit indicates that he paid hundreds of thousands of dollars to women he was involved with for their silence. Both Google and Essential avoided commenting on the information.

The newspaper cites other cases to expose the permissive culture at Google. One refers to David Durmmond, Alphabet’s legal officer, for the extramarital affair with an employee who was invited to leave the company. Richard DeVaul, director of the Google X research and development program, is also cited for trying to take advantage of a job applicant.

There is another example similar to that of Andy Rubin, in which Google paid millions of dollars to an executive for leaving the company in the wake of a sexual harassment investigation. This is Amit Singhal, one of the heads of research. Upon leaving technology, he said he wanted to dedicate his time to family and philanthropy. Uber hired him but ended up leaving her as well for not declassifying the incident.