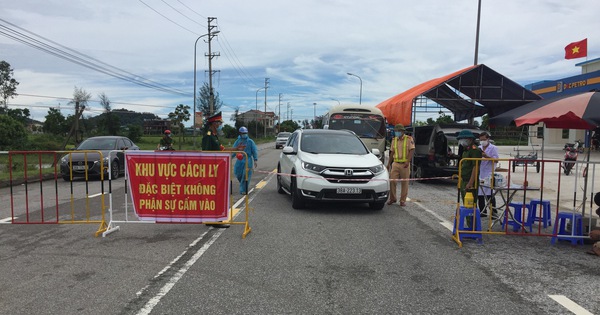 Currently, the health sector is tracing contacts with cases for isolation and testing.

People in the blockade area in Ha Tinh are sampled for testing – Photo: LE MINH

This morning, Ha Tinh people simultaneously went for an expanded COVID-19 test from the socialization source of the business.

The cost of testing is about 100,000 to 150,000 thousand samples, because this locality calls for businesses to sponsor.

The test is expected to be completed by June 19.