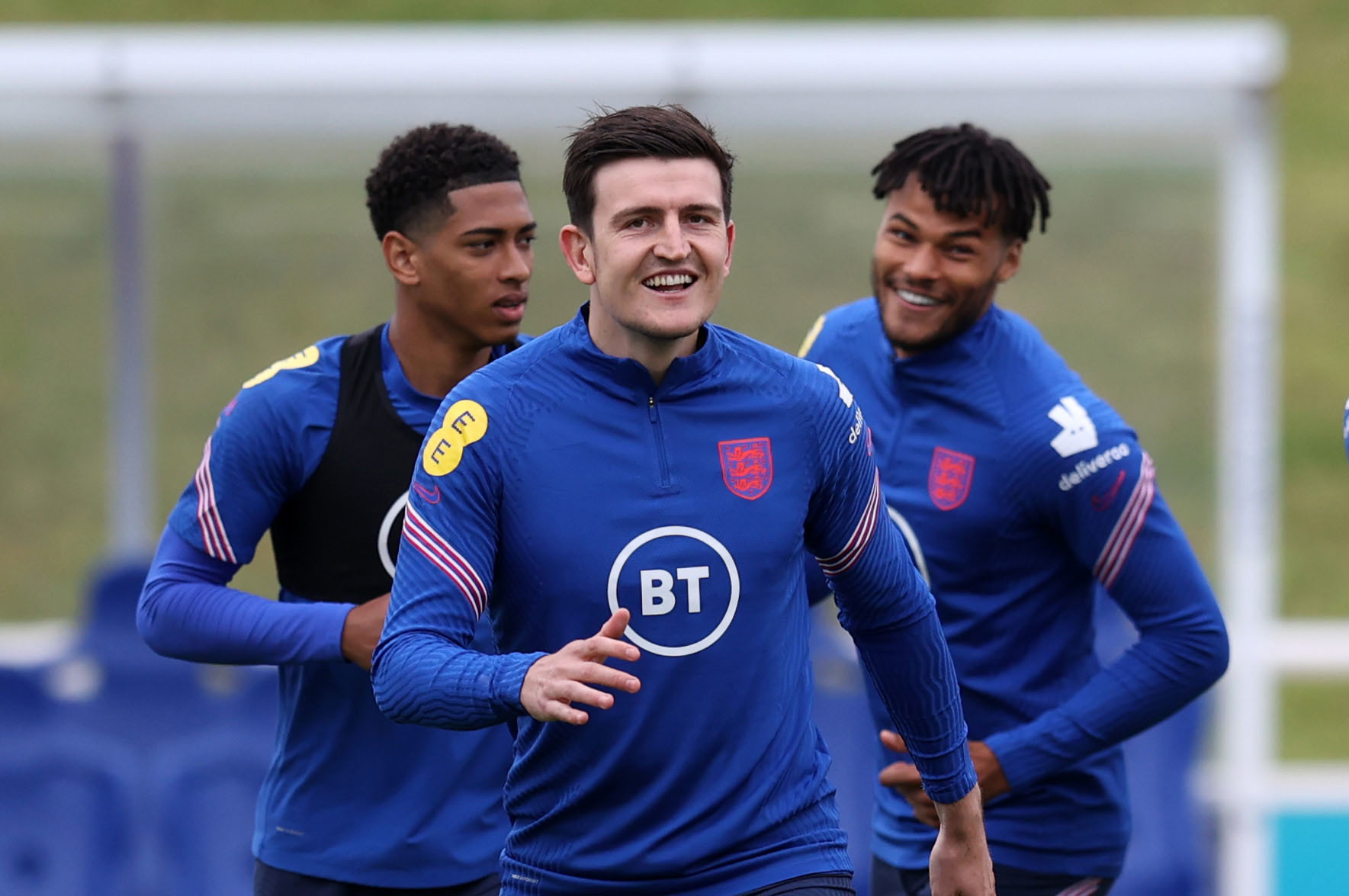 Coach Southgate received good news before the opening day of Euro 2020 when key defender Harry Maguire began returning to the training ground with his teammates.

After a month of convalescing and practicing exclusively in the gym, today (June 10), Harry Maguire comfortably stepped out onto the training ground.

The MU midfielder swallowed the lesson plan assigned by the England coaching staff and was excited when he “kicked” with his teammates.

This is a very happy news for Gareth Southgate when only three days away they will play the opening match of Group D against Croatia.

Harry Maguire will miss the opening match, but he will most likely return from the second round of the group stage, against Scotland on June 18.

In the latest training session, coach Southgate tested Luke Shaw in a 3 central defender scheme. MU players are ranked on the left side.

With Maguire out, England can play with a back of five, including Kyle Walker, John Stones, Luke Shaw, Ben Chilwell and Kieran Trippier.

England have a ‘nightmare’ at EURO 2020, if they are ranked first in group

The EURO 2020 ball has not rolled, but coach Southgate will have to calculate how to make England go on without topping Group D…