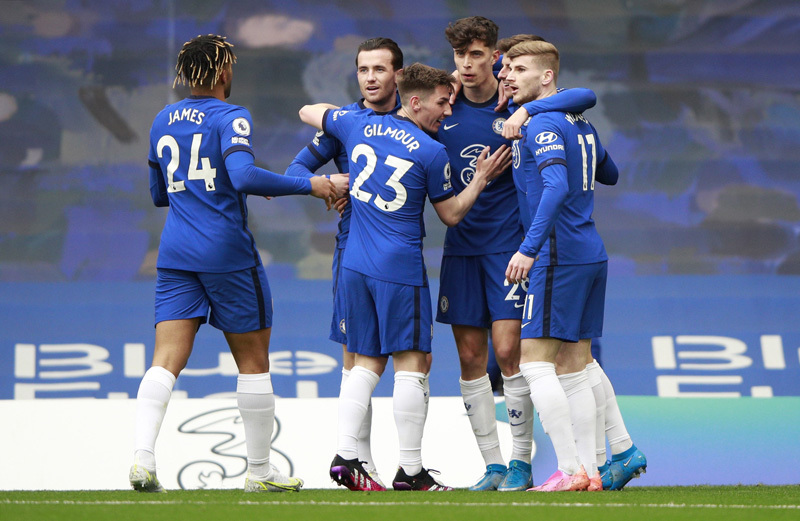 Kai Havertz shone with a double goal to help Chelsea beat Fulham 2-0, thereby solidifying his position in the top 4.

Robinson went up the left flank and shot up the crossbar in an advantageous position.

Coach Thomas Tuchel reinforced the midfield by sending Kante on for Ziyech.

Chelsea are playing slowly to inhibit the opponent. In the opposite direction, Fulham attacked quite deadlock.

Goals (2-0): Kai Havertz turned on the wall with Timo Werner in the middle and broke the offside trap to end the delicate goal to double the gap.

Aina was at the top of the penalty box with thunder cannons, the ball lightly touched defender Fulham’s foot to change direction, but goalkeeper Mendy still excelled.

Timo Werner broke the offside trap and then passed it across to clear Ziyech. Luckily for Fulham, Areola goalkeeper was excellent to save.

Chelsea played more actively to control the midfield, not allowing Fulham to comfortably organize the game.

Lookman threw his foot in a cross-corner, forcing Mendy to fall to the save. Fulham are trying to find an equalizer.

Havertz brought the ball into Fulham’s net for the second time, but the line referee raised an offside flag.