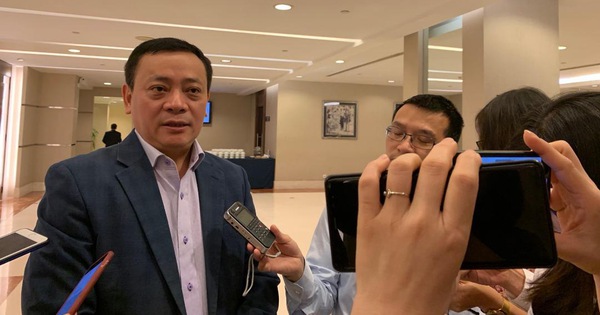 Mr. Le Van Kham answered the press on the sidelines of the seminar – Photo: L.ANH

“After more than 10 years, by this bill, services of screening for some diseases, early preventive routine check-ups and even preventive vaccination have been brought back to the list of services covered by health insurance. “- Mr. Kham said.

It is expected that the bill will be submitted to the National Assembly right in 2021, the list of diseases covered by early screening, periodic examinations …, according to Mr. Kham, will be considered and regulated by the Government.

“As far as I know, it will be metabolic and endocrine disorders, diabetes, breast cancer and cervical cancer in women, and some cancers that are effective in early intervention. Danh This book will expand gradually “- Mr. Kham said.

Currently, out-of-pocket health expenditure still accounts for approximately 40% / total expenditure. This is explained by the fact that the insurance package does not include health care services, only focuses on medical examination and treatment, rehabilitation, has not spent on prevention, early screening which is inherently cheap and higher efficiency.

Currently, spending on drugs still accounts for 35-37% / total medical expenses and health care in general, which is considered high spending. In coming time, Health Insurance will have more service packages on demand, diversifying health insurance benefits, the goal is to reduce health spending from out-of-pocket to less than 35% by 2025 and below. 30% by 2030.