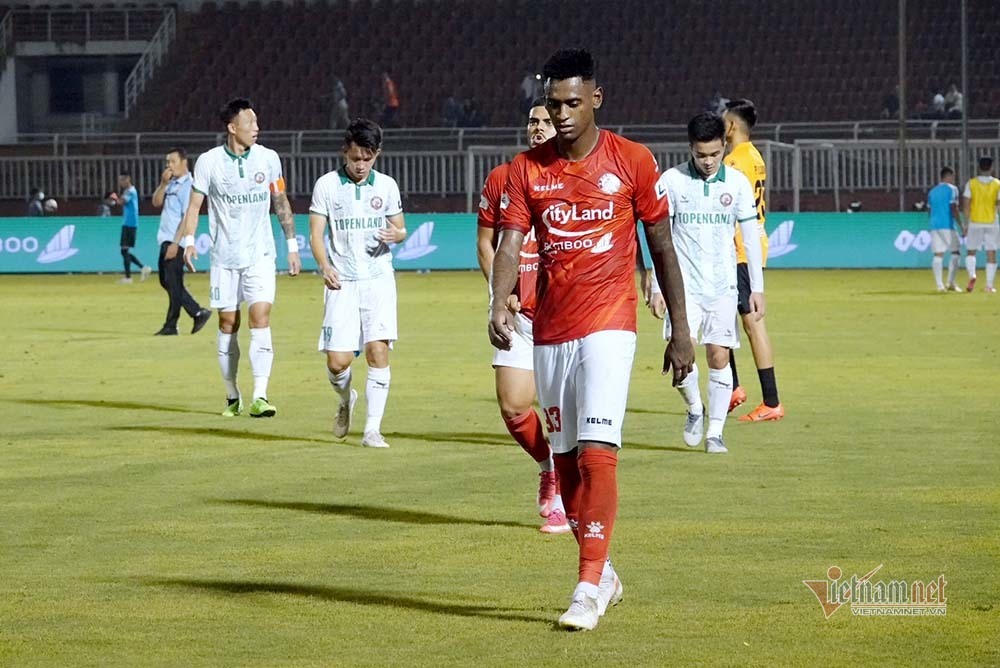 If you do not follow the confrontation between the army of coach Mano Polking and Binh Dinh, the score can surprise many people when the victory belongs to the Vo team.

Surprised by its simplicity, whether playing well or stable, in terms of experience and investment, it is difficult for Binh Dinh to pass Ho Chi Minh City Club.

However, what happened on the field was different when coach Duc Thang and his teachers kicked their feet, leading the home team of Thong Nhat Stadium to 3 goals in the first half and only let the HCM City club find the honorable goal in the last minutes. battle.

Looking at the performance of the Ho Chi Minh City club, failure is evident because they inherently lost many important players, at the same time “accepted” the West even though 3 foreign soldiers Joao Paulo, Baros Junior, Da Silva still have. face on the field.

Kick 7 matches but lose 5, sink very deep at the bottom of the rankings, despite the beginning of the season, the Ho Chi Minh City Club still receives investment and the trust to change its fortune, since the 2020 football season is considered a failure.

Another 100 billion is different?

In the press conference room after losing to Binh Dinh, Coach Mano Polking very fairly took part of the responsibility when he could not help the HCMC club fly as high as expected.

However, at this time, the blame completely on the Brazilian teacher is clearly not, because of the fact that the old story of the Ho Chi Minh City club in the transfer and purchase of players is the problem that makes this rich team hold the bitter fruit. .

Among the billion-dollar players that the HCMC club brought in this season, it seems that only Lee Nguyen is worth the “money for rice”, the rest, although previously appreciated, when coming to the V-League to play is no different. What “backpackers”.

But Lee Nguyen’s ability is good, but the age and fierce in the V-League are making the midfielder falter, at the same time the internal soldiers are just average, it’s too difficult for the HCMC club to fly high. as expected.

In recent seasons, the City team “opened the safe” tirelessly to add staff, hire foreign coaches … but the effect so far is very little, while the disappointment is redundant.

Many solutions to help the Ho Chi Minh City club change are counted from firing coach Polking to enhancing the player’s quality, but it seems difficult to fly high if you continue to shop bluff as seen.

So, now having to pump more for this team 100 billion VND seems no different, even though that amount is the dream of many names in the V-League.