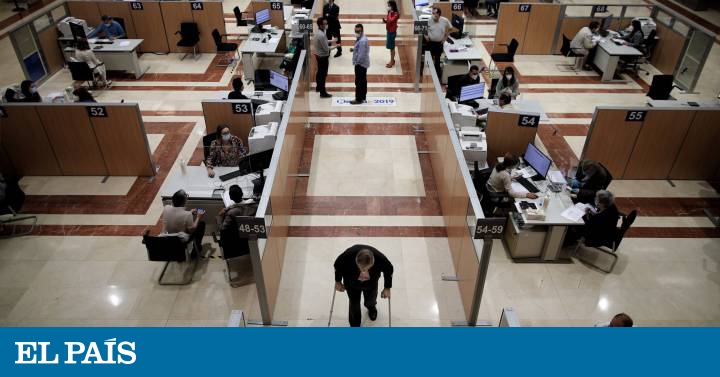 One of the most important chapters of the income statement of many taxpayers is, without a doubt, housing. Whether you own the home where you usually reside, or if you rent another, this type of property must be noted in the statement that, this year, may be submitted until June 30. Beyond important novelties introduced as a result of the measures to combat the pandemic – among them, the need to reflect the agreements between owner and tenant or non-payment of rent – these are the keys to take into account to know how the tax is paid. housing in personal income tax.

The taxpayer must always include the dwellings that have the income statement, except if they are only the bare owner, that is, if they only own the property, but cannot use it because, instead, the so-called usufructuary enjoys it. Neither should not include unbuilt lots. “If we have a home that is habitual and that does not generate income, we will not have to pay taxes for it, but we will have to include your data in the income statement,” they emphasize from the online tax consultancy TaxDown.

Generally, a house that has been the taxpayer’s residence for at least three years is considered a habitual residence. However, the Treasury understands that the home had the character of habitual, although this time did not pass, when the person dies, moves for work or gets married, among other similar circumstances. Likewise, it must be remembered that “the house, garages and storage rooms can be part of a habitual residence, as long as they have all been acquired together”, they highlight from the same company.

If the purchase of the main residence was made before 2013 through a mortgage, both the principal of the loan, commonly known as the principal and the interest can be deducted. In the case of having had to contract on a mandatory basis, along with the mortgage, life or fire insurance, these expenses may also be deducted.

The limit of the base on which the deduction is calculated is 9,040 euros per year, so each taxpayer may subtract no more than 1,356 euros. Only the part that corresponds to each owner can be included in the income statement. If the taxpayer owns the home at 50% and between the two people they pay 8,000 euros per year for the mortgage, each one may include only 4,000 euros. “Usually, in the information provided by the Treasury, what is paid for the percentage of ownership is already prorated, but it should be reviewed,” they advise from TaxDown.

Imputation of income. This is the concept for which houses other than the habitual residence are taxed in personal income tax. “It works in the statement as if it were one more income, which will add to the rest of the income (our salary, for example), and is calculated from the cadastral value of the property,” they point out from TaxDown.

In this way, to obtain the amount of income that the Treasury will add to the rest of the taxpayer’s income for their second homes, the cadastral value will have to be multiplied by the part of the property that corresponds to it and by 1.1% if this it is revised, or 2%, if it is not. This amount is taxed at the general income tax rate, between 19% and 45%.

The income generated by a rental must be included in the income statement. “You can deduct all the necessary expenses to obtain the rent, with the limit of the income obtained,” they warn from TaxDown. Some examples of disbursements that would be included in the declaration are the IBI, the home insurance or the community expenses.

But, in what way can the money invested in renovating a rented home be deducted? First of all, it will be necessary to check what type they are, since not all have the same treatment. Those that give a greater value to the house are improvement expenses and, of these, only 10% per year can be included in the declaration, until the totality is reached. Therefore, “it will be better to keep a record, so as not to forget what can be deducted in the return year after year,” they advise from TaxDown.

Rather, repair costs – that is, replacements for something that was already in the home, for example a washing machine – are added as is on the return. Both types of expense need justification, so from the advice they suggest saving the receipts.

As for the mortgage, “only the interest on the loan for the purchase or improvement of the house can be deducted, as well as for the expenses of repair and conservation of the property that the taxpayer owned in previous years, if he included them, but they were so high that he couldn’t subtract all of them from rental income, ”they add.

The sale of the home is taxed as a profit, for the difference between the sale price of the house and the price for which it was purchased, from 19% to 23% until 2020, and up to 26% from 2021. ” All the expenses paid for the sale of the property can be included, such as the Property Registry, the notary or the eventual commissions of the real estate agency ”, they emphasize from TaxDown.

It should also be taken into account that the sale of the main home is exempt if the seller is over 65 years of age or if, with all or part of the money collected, another habitual home is to be bought in a maximum of two years.

From the tax consultancy they advise to be especially careful if the house was bought before January 1, 1995. “You may be entitled to reductions and benefits for the sale of that home, which are called abatement coefficients,” they recall.