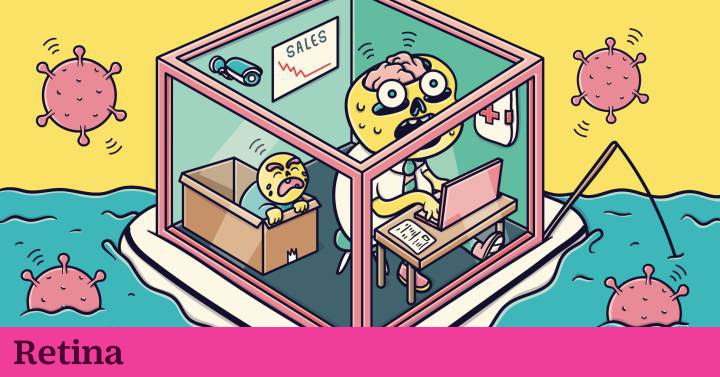 
One of the reasons the pandemic is being so stressful in the workplace is because it has deprived citizens of part of their freedom to choose. Unpredictable health risks, uncontrollable layoffs, travel restrictions, and compulsory work from home give the feeling that we have little leeway in organizing our work. The discomfort generated by feeling that we cannot choose what we do and how we do it influences not only mental health, but also productivity.

The scenario of the pandemic forces us to deal with new difficulties related to mental well-being. One of the questions that psychologists are trying to solve is how workers can remain productive in a hostile environment where they feel constant worry and insecurity and less and less ability to make decisions.

Being able to decide freely has long been considered an innate psychological need: the bulk of the research suggests that the lack of autonomy and control over the decisions that are made is detrimental to the performance of employees. “For someone to be proactive, involved and responsible, they have to feel that they have freedom and autonomy,” explains Elisa Sánchez, an occupational psychologist. “If you have a boss who decides everything for you or if the situation leaves little room for action, you are hardly going to get involved in your work or you are going to assume the consequences of your actions because, by not being able to decide, you do not feel that they are your responsibility ”.

The feeling of being in control and thinking that you are capable of acting freely can be especially important among the most vulnerable workers, either because of their age or because of the instability of their jobs. A study from the University of Oxford highlights the key role that a sense of control plays in the well-being of older employees and points out the importance of making them feel that they can make their own decisions to improve their situation.

But having too much autonomy can also have negative effects if taken to the extreme. Those who tend to be perfectionists, especially if they are highly motivated, can run the risk of exhaustion if they are given too much independence. “By working from home and letting everyone decide how to distribute their work hours, there are employees who have a hard time knowing when to stop because they do not have a reference to how much the rest of their colleagues are working. Without this comparison, some may resort to working longer hours to keep up with a high standard that they have set for themselves. In these cases it is necessary to control a boss who sets limits ”, explains Eric Anicich, professor in the department of business management and organization at the University of Southern California.

But research to date does not take into account the factor that has now changed everything: the pandemic. In an article published in the Journal of Applied Psychology, a group of experts, including Anicich, studies for the first time the experience of a group of employees in recent months. “We have traced the trajectory of their feelings and attitudes over time,” explain those responsible for the study. “We were especially interested in how workers experienced helplessness and inauthenticity. In other words, we wanted to know to what extent they felt they had control over their own actions and could be themselves as the pandemic worsened. “

What they found surprised them: Although the study participants initially felt very powerless and with few options to behave as they really wanted, they recovered surprisingly quickly, despite the fact that the situation did not improve subjectively or objectively. “This suggests that employees adjusted to a new normal and began to regain the feeling that they had decision-making power much faster than previous research had found.”

Confidence and self esteem

There are some emotional and personality traits that can influence how workers perceive their ability to act on the environment and that can play an important role in the results of this study. People who think that the things that happen to them depend on their own actions feel that they can make more decisions. “Those who have a healthy self-esteem know what depends on them and what does not. They are aware that, no matter how controlled the environment is, there is always a small margin on which they can act and they focus on that ”, Sánchez explains.

Experts recommend that to be productive in a scenario like the current one, you have to focus especially on what depends on yourself: what you feel, what you think and what you do. “We see that there are people who do not know how to distinguish what is in their hands and what is not, and they dedicate their resources to wanting to change things that are not under their control,” says Sánchez. “We have gone from having control over day-to-day things, like when we go on vacation, to everything being unpredictable. We tend to start the learning that has served us previously, but now they no longer work ”.

VIDEO. Are we in control of our own decisions? The behavioral economist Dan Ariely speaks in this TED talk about the illusion of control, which occurs when we believe that we have decision-making power over aspects that are really given to us. Ariely uses classical optical illusions and his own research findings, often counterintuitive, to show that we are not as rational as we think.

‘APP’. One of the tips from the experts to regain a sense of control is to focus on the tasks that we can act on. For example, how we manage and distribute our time. There are several mobile applications that can help with this task, such as Eternity time, which allows us to decide how we are going to spend the time we dedicate to work, leisure and family life. One of the most interesting options is that it intelligently distributes the activities in a hierarchical way according to the user’s taste.

CASE OF SUCCESS. When it comes to helping their employees, managers can take an example from Automattic company, the parent company behind WordPress and Tumblr, which has seen performance increase by focusing on production rather than process, giving freedom to your employees to work the way they choose as long as they get concrete results.