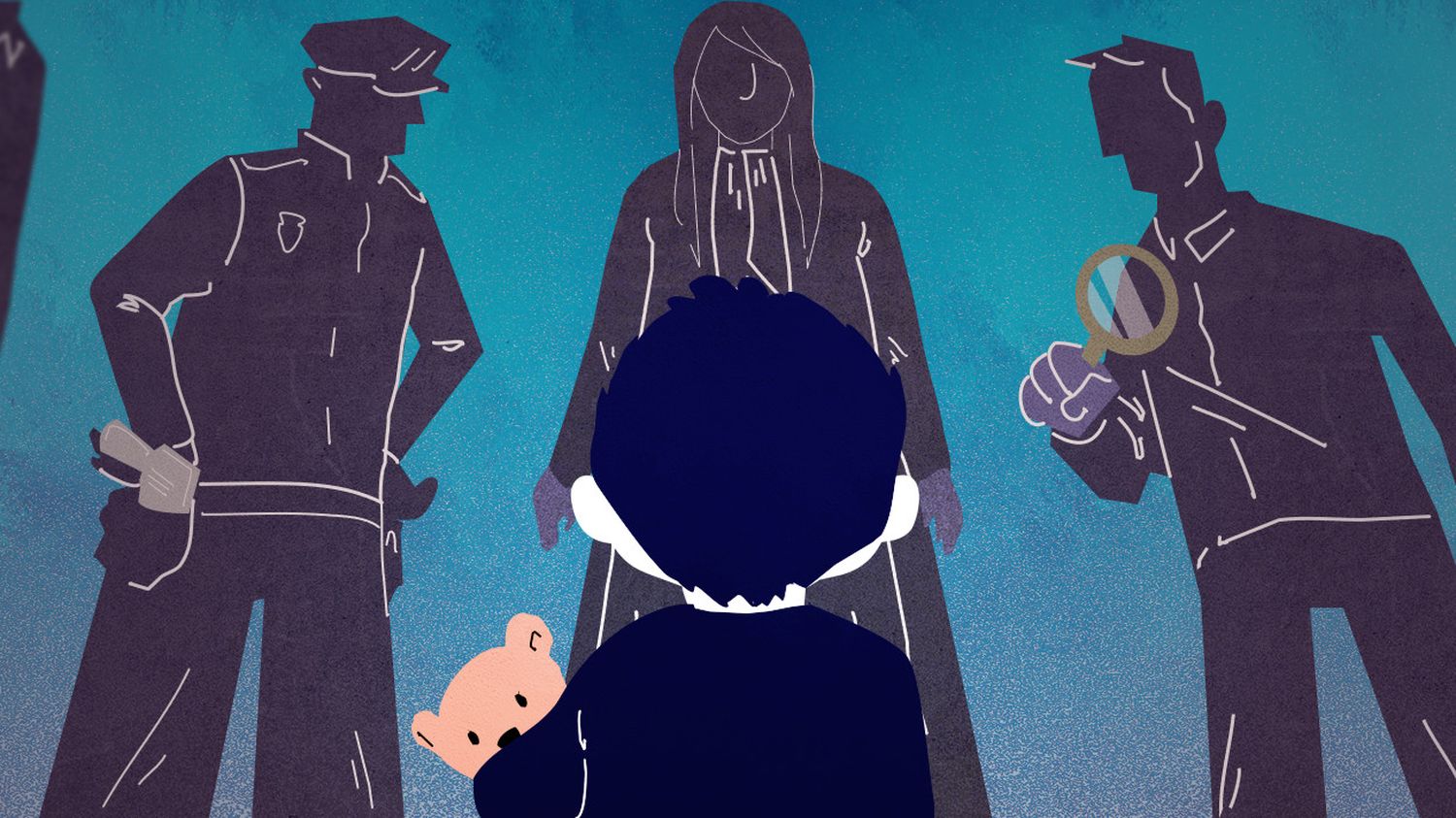 
There was a before and after ‘Outreau’, that’s undeniable. “ Lucille Rouet, children’s judge in Paris, is categorical: this case of sexual assault and rape of minors in the early 2000s had “a lasting effect” on how justice punishes incest in France. Chaptered in several resounding trials, the reversals of which have cost the victims and the State dearly, the Outreau case has long been described as a judicial fiasco.

Two decades later, while incest once again occupies political debate, the associations for the protection of children and specialized lawyers draw up a more nuanced observation: if the Outreau case complicated their work for several years, however, it had the effect of an electric shock in France.

On February 22, 2001, the examining magistrate Fabrice Burgaud was entrusted with a judicial investigation relating to accusations of incest in Outreau (Pas-de-Calais). Thierry Delay and Myriam Badaoui, a couple residing in an HLM tower in the town, are in the sights of justice. Their four children, placed in foster care for a year to escape the violence of the father, have just delivered disturbing testimonies to social services: to the beatings and bullying were added sexual assaults and repeated rapes, committed by their parents, but also by neighbors.

This is the starting point of the Outreau case, which will give rise to several high-profile trials and will lead to the conviction of four people: the Delay-Badaoui couple as well as two next-door neighbors. A total of twelve children have been found to be victims of rape, sexual assault and corruption of minors. These trials also saw the acquittal on appeal of thirteen other defendants, some of whom had spent three years in pre-trial detention. A miscarriage of justice caused in particular by inaccurate testimony from children.

“It appeared that the children’s words had been taken in very bad conditions”, remembers Yves Crespin, lawyer of the association L’Enfant Bleu-Enfance maltreated, which had been a civil party at the time. Children “were heard as those in police custody, in a small impersonal and intimidating room of a police station. It disturbed a lot of testimonies “. According to this lawyer, the Outreau case was “monstrous by its scope and by the gravity of the mistakes made”.

For child protection associations and specialist lawyers, the years following these trials have been difficult. “Everything has become more complicated, ooften heard that the child’s testimony was problematic “, recalls lawyer Catherine Perelmutter, who speaks of a “pendulum phenomenon”. “Before the 2000s, we would not have imagined questioning the word of the child, she explains, but with the errors of Outreau, this word lost its value. “ An observation shared by Yves Crespin, who noted a change in the perspective of justice towards minors. “We no longer talk about the credibility of testimony, emphasizes the lawyer, we now want to know if it is authentic, if it has not been induced or suggested. “

To support their case, lawyers for incest victims emphasize indirect testimonies, coming from relatives in whom the child could have confided. An important concern for the defense of victims, often silenced by their attacker. “We do not neglect any material element, recalls Catherine Perelmutter, and we are increasingly looking for signs of possible trauma, such as eating disorders or suicide attempts for example. “

At the turn of the 2010s, the pendulum seemed to have returned to the side of young victims, even if “the suspicion phase still exists”, according to the judge of the children Lucille Rouet, also national secretary of the Syndicate of the magistrature. “I took up my duties in 2013 and I have always worked in a context where we sought to take better account of the child’s voice”, she assures. Among these efforts, the organization “neutral hearings, in specific rooms” and recourse to video recording of testimonies, which became compulsory and systematic after the Outreau affair.

“We don’t always realize the violence we exercise as an institution.”

Still, to improve listening to children and adolescents, “there is still work”, according to Isabelle Debré, president of the L’Enfant bleu association. “The arrival in hospitals of pediatric reception units for children at risk (UAPED) was a big step forward, she believes, but we must insist on raising awareness at school. “ While it is important to be able to tackle this a priori delicate subject in the family context, the management of trauma “must be the subject of advanced training in a school environment”, defends Isabelle Debré.

Bringing children to confide in themselves if they are victims of sexual violence is also the fight against the association Les Papillons, which sets up letterboxes provided for this purpose in Breton schools. “Academic directors are sometimes reluctant to deal with our companies, confides Laurent Boyet, president of the association, they wonder if we can believe everything the children say. “ A doubt that is “rooted after the Outreau affair”, he adds. “We have, however, found stories of incest in the messages left by the children, and when that happens, we must support. When in doubt, we do not abstain. “

In reaction to recent cases of incest and child crime, which implicate personalities such as the writer Gabriel Matzneff, the political scientist Olivier Duhamel, or the actor Richard Berry, the government wants to modify the threshold of non-consent to an act sexual. Clearly, “any act of sexual penetration” by an adult on a minor under 15 would be systematically considered as rape. Incest occupies in any case a special place in this reform project, with a threshold of non-consent which would be raised to 18 years in the event of incestuous rape.

“It’s a long-standing project that could finally materialize, greet Yves Crespin, most victims will no longer have to prove that they are victims, since we will have imposed prohibitions. “ This reform, expected for the month of April, however, has a bitter taste for the specialist lawyer, because the age of consent was already included in a bill introduced in 2018 by Marlène Schiappa, then Secretary of State for Equality. between women and men. Following an opinion from the Council of State, the government had abandoned the introduction of an age of consent.

“We could have acted earlier. In 2018, the Schiappa law disappointed us enormously. Three years later, everything has to be rewritten.”

“We really have the impression that we will be able to move forward “, reacts Laurent Boyet, of the association Les Papillons, which also calls for a “proper criminal qualification” for incest, currently considered by law as an aggravating circumstance in cases of rape. “Incest destroys a lot more things”, he justifies. Laurent Boyet considers that “when you are raped, you can rely on your family”, while “faced with incest, we are alone “.

For Isabelle Aubry, president of the association Facing incest, it will still be necessary to be patient, because the proposals of law often differ from the announcements of the government. “We must then ensure that the law will not be repealed“, she recalls, referring to the law of 2011 including the specificity of incest on minors in the penal code, censored the following year by the Constitutional Council.

For more than twenty years, certain associations for the protection of children and specialized lawyers have been calling for the same thing: the end of the statute of limitations for incest. In some of our European neighbors, as in Switzerland, the United Kingdom or the Netherlands, the prescription does not exist for rape of minors. In France, since 2018, an incest victim has 30 years after reaching majority to file a complaint. “Every ten years we get a ten year extension, indicates Isabelle Aubry. We are taking very small steps. “

“Our state of victim, him, does not know of date of limitation, deplores Laurent Boyet, some need ten, twenty years to dare to talk about it, and others, much longer. “ A reaction time which can be lengthened in the event of traumatic amnesia, and which poses problems as to the physical evidence. “We should not lead to disappointed hopes”, warns Judge Lucille Rouet, who however recognizes an interest in this measure: to allow confrontation between the different parties.

“Even long years after the facts, the hearings allow everyone to find their place, victim or perpetrator.”

The imprescriptibility is not among the tracks of the government, which prefers a staggered prescription, also called “sliding prescription”. With this legal framework, the statute of limitations could be lifted if the defendant is accused by other plaintiffs of more recent and non-prescribed facts. “It’s a step forward halfway”, believes Yves Crespin, for whom the risk of lack of evidence should not prevent the reform. “It’s a problem that arises in other cases, for any offense, and trials still take place.”, he assures.

In more than thirty years of career, this specialized lawyer has seen many defendants confess prescribed facts. These confessions do not lead to a conviction, but may be the subject of a payment of damages – financial as well as moral “reparation”. “If the victim has evidence, if she thinks she has the right to be recognized as a victim, justice cannot tell her ‘too late’, he insists, that’s the worst answer. “

Children and adolescents victims of violence, as well as witnesses to such acts, can contact the 119, a national, free and anonymous telephone number. This listening and advice platform is open 24 hours a day, every day.