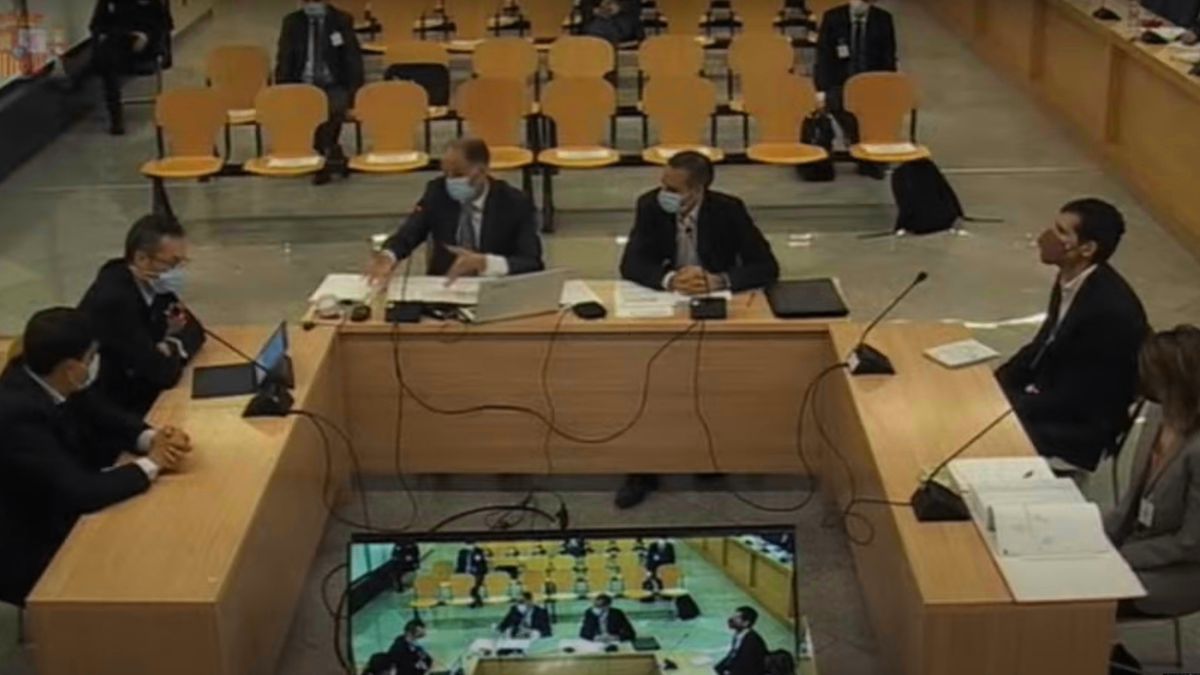 On the way to the trial, the car radio brings the voice of Javier Cercas. The writer is telling Carlos Alsina that the flood reached here, that he can no longer bear the harassment that he has suffered from the Catalan independence movement for years and that now he has overflowed with the spread of an infundy that accuses him little less that of coup. Cercas says: “This is a warning to sailors. What they want is for me to shut up or for me to leave ”.

There are days when it is difficult to park near the headquarters of the National Court in San Fernando de Henares, but not today. All the witnesses to Luis Bárcenas’ papers have already testified – almost all by videoconference, hidden behind a mask in the solitude of their offices – and the expert evidence begins. It is inaugurated by a policeman who could well embody a character from a Cercas novel.

It is not difficult to imagine the plot. Inspector Morocho – what name for a novel – received in 2013 a very complicated order from a judge, let’s say his name is Pablo Ruz and he is temporarily in front of the Court of Instruction 5 of the National High Court. Ruz, who has maximum confidence in the inspector, asks him to investigate the alleged hidden accounting papers of the PP that a newspaper has just published, for example, this one. Morocho and his agents from the Economic and Fiscal Crime Unit (UDEF) of the Judicial Police get down to work.

It is not an easy investigation. In the first place, because the businessmen who appear in the papers of the ex-treasurer of the PP contributing black money deny it. Secondly, because almost all the supposed recipients of that money – the cream of the PP between 1999 and 2008 – say that it is absolutely false, an invention of “that man you are talking about” previously called Bárcenas. And, thirdly, because the Government of Mariano Rajoy, which is already suffering the judicial consequences of its own corruption, is going to do everything possible to remove that uncomfortable judge and police inspector from the case. He ends up getting it with Pablo Ruz, who must join the Móstoles court of which he was the owner, although the play goes wrong for the party in the Government: the new judge, José de la Mata, continues the investigation with the same zeal. So the main objective is to kill Inspector Manuel Morocho.

Almost eight years have passed since all that. Bárcenas ended up in jail. Rajoy left the Government due to the corruption of his party. And Inspector Morocho has just entered the courtroom followed by some of his agents, nine men and one woman, almost all very young. They come in the costume to attend the trials. The inspector brings two exploding briefcases of documents. When the president of the court asks him to take the place of the experts to defend his investigation, he takes his time carefully placing the laptop, several stacks of documents, a pen with ink of various colors. He conscientiously declares what is already known, among other things because there is a Supreme Court ruling that confirmed his investigation from top to bottom: Bárcenas’ papers reflected box b of the PP.

– Have you suffered attempts to remove you from this investigation, or pressure or reprisals …?

-Yes. To several of us who are here. What was sought was to generate tension so that we would bend and not clarify the facts. They tried to get me to withdraw from the investigation. Even offering me high-paying positions to leave …

The writer Cercas, the inspector Morocho and that old Sabina song: “That being brave is not so expensive, that being a coward is not worth it.”