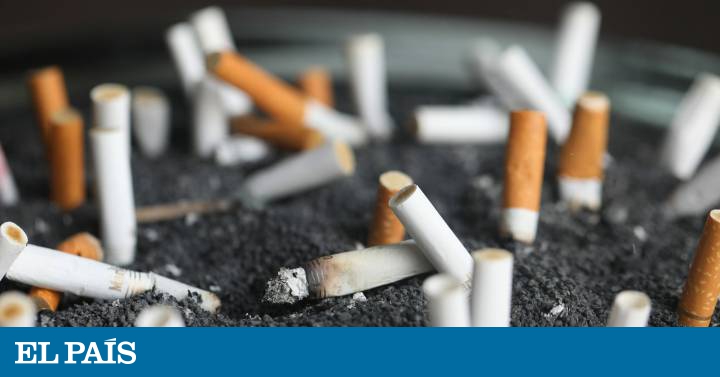 Pay a 20% surcharge on your insurance premium for being overweight. Being excluded, for the same reason, from group company insurance. Not finding any company willing to offer the consumer life coverage for suffering from fibrosis. These are just three real examples of how a health problem or disability can motivate the rejection or imposition of a higher price on the client than usual by insurers, since the risk that companies perceive in these cases is very high. It is, however, a practice whose legality is questioned by some experts, although they admit that there are still gaps to effectively protect users from possible discrimination due to their health status.

“In general terms, there is no discrimination problem in the field of insurance”, the Ministry of Economic Affairs highlights, among other things because the Insurance Contract Law, in its fourth and fifth additional provisions, “prohibits the denial access to contracting, the establishment of contracting procedures different from those normally used by the insurer or the imposition of more onerous conditions, due to disability ”since 2011, and“ for HIV or other health conditions ”, since 2018.

Through its claims service, the General Directorate of Insurance and Pension Funds, which depends on the department headed by Nadia Calviño, is called upon to ensure compliance with this and other regulations. In the last report presented by the supervisor, none of the matters covered by the 6,532 insurance claims resolved in 2019 appeared explicitly related to discrimination problems due to having a disability, HIV and other ailments.

However, beyond the official figures, some experts assure that the reality is different. “A child with cerebral palsy, fibrosis or diabetes will not be insured in health insurance while an adult with morbid obesity, a piggyback heart attack or HIV can see the doors of many types of insurance closed such as life, death, dependency, health and temporary work disability, among others; in every insurance agency in Spain it is known that this type of client is excluded, ergo discriminated against, ”says Carlos Lluch, technical director of the Juelich y Lluch brokerage, who received around fifty inquiries about cases similar to these (including , the three mentioned above) only last year.

For him, the fact that there are no claims in this regard is logical, since, generally, “consumers are unaware that they have this right.” Lluch —who says he is disappointed to find that, since the approval of the fifth additional provision two years ago, the attitude of insurers in this area has not changed— now advises to appeal to the corresponding autonomous consumer authority, since abusive practices against consumers can be processed in this way. “If the sanction is for a very serious offense, it can reach a million euros,” he stresses.

In any case, the Insurance Contract Law provides for a relevant exception to the mandatory rule that prohibits discrimination in insurance against disabled people, those living with HIV or other health conditions, which could partly explain this phenomenon. “If there is a justified, proportionate and reasonable cause, they can be denied the contracting of insurance or impose more onerous conditions,” explains Gonzalo Iturmendi, managing partner of the Iturmendi y Asociados law firm. A point that Economic Affairs also insists on.

“This exception seems to empty the content of the prohibition of discrimination, but for its application it requires that the decision of the insurer be justified by documentary and previously, in order to avoid subjective arguments,” adds Iturmendi. Said in silver: “It would be proportional for the insurer to declare previously that it does not insure people who have overcome cancer during the first five years until they have clean markers, for example, but it is not to exclude them without remedy, which is what happens now” , according to Lluch.

Iturmendi also focuses on the formulation of the general principle of the regulations, where discrimination based on “other health conditions” is prohibited, as it is “very ambiguous”, in his opinion. Despite recalling, in addition, that Spain signed and ratified the Convention for the Protection of Human Rights and the Dignity of the Human Being, which establishes that in no case can a person be discriminated against because of their genetic heritage, this The lawyer maintains that “we are far from having a legal framework that makes the objective of a policy of equal treatment a reality.” The great challenge, according to Iturmendi, is “to fight against the opacity that facilitates abusive practices.”

In Lluch’s words, however, “the solution is to mutualise the risk, that is, to disperse the possible extra cost that these consumers represent among the millions of policyholders in the sector.” To justify its approach, this broker argues that the insurance at its roots is to pay a premium to jointly solve the uncertainty that weighs on everyone and repair the loss suffered by those in whom the risk materializes. “If you ask me if I am willing to pay between 2 and 5 euros more a year so that people with disabilities or sick people have access to insurance, how could I refuse?”, He calculates.

Likewise, it considers that from the questionnaires that insurers submit to their clients before signing the contract, “questions aimed at assessing situations of disability and, in part, health”, which define “neither adequate nor appropriate”, should be eliminated. since “it is playing with a personal data that is collected without taking into account a legal mandate and is used for a prohibited practice, discrimination.” And he wonders: “Why is that allowed by the supervisor?”

“Eliminating questions that are relevant to the assessment of a risk is outrageous, because it would be forcing insurers to have incorrect calculations,” believes, on the contrary, Emilio Fiances. This insurance actuary considers discrimination to be essential, but only from a purely technical and mathematical point of view. “Discrimination as social marginalization is clearly unacceptable. But in statistics, it is nothing more than the classification of data, people or things based on common characteristics and there is nothing wrong with it ”, emphasizes Fiances, for whom this tool serves to segment risks and price them accordingly, and so that these are mutualized by homogeneous groups.

Remodeling of the healthcare system?

“If systematic non-compliance with the precepts of non-discrimination is demonstrated, the short-term solution could be to emphasize the observance of the law,” says Fiances, who, “as a consumer,” admits having observed “certain practices that do not they would occur if the regulator steadfastly and seamlessly monitored compliance with the applicable legal measures in these matters “.

In the longer term, however – and without this, in the meantime, representing an excuse for not applying the current law – a profound restructuring of the health system is necessary to “eliminate distortions that the State itself creates in the supply of services” , that is, “the existence of a public health system financed without effective control or real transparency, and therefore poorly managed. On this controversial matter he reasons: “If there is a public sector that assumes the cost of insuring a tremendously deficient segment, I, as an insurer, do not bet on that market niche, given that the State is making me unfair competition (in price and in the obligation to contribute to the public system) and it is taking away from the citizen a large part of their freedom of choice and their purchasing power ”.

Optimize health resources, whether public or private, make both sectors are complementary, collaborate with loyalty and apply the highest ethical standards towards the citizen. Fiances says he is convinced that, under these circumstances, “one could really think about the existence of social justice with the most disadvantaged and discriminated against”.