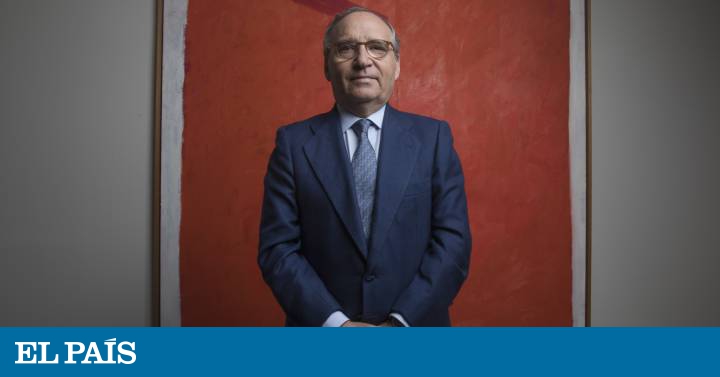 Antonio Hernández Callejas, Tudela 1955, economist, is from Navarre by birth, from Soria by origin and Sevillian by adoption in the shadow of the Herba rice factory, then owned by the family. After a period as director, since 2005, as the first shareholder, he has been Chairman of Ebro Foods where he has carried out an intense investment and divestment policy. This strategy entailed the sale of leading companies in their sector in Spain such as Azucarera and Puleva for 526 and 630 million respectively, considering they had no route. On the contrary, in the last decade, except for the acquisition of SOS rice in Spain for 200 million euros, it made purchases of companies abroad for another 2,100 million euros, which made the group a world leader in the rice market and the second place in pasta and sauces. With a turnover of more than 2,500 million euros, Ebro Foods is the leading Spanish food company.

Since 2016, it has maintained a discreet foray into the organic products sector where it will continue to invest, although it finds it more difficult to achieve leadership positions given the existence of large multinationals in the sector. He never believed in the oil sector due to its low profitability and sold his stake in the current Deoleo group. Its growth strategy through purchases has always been based on acquiring companies by price and, above all, by their ability to grow. Faced with the difficulties of operating in the markets with mature products such as pasta or rice, it has always opted for innovation in the offer, products with greater added value and also with health as an argument. It does not renounce the Spanish market, but more than 90% of its sales are made worldwide.

Question. Next week they will present the annual results for 2018. What will the accounts be like? Do you maintain the forecasts of last October when you estimated a growth of 5.1% for sales and a drop of 32.8% in the case of net profit?

Reply.We expect slightly better results than the estimates we gave in October. 2018 was a positive year, but our largest and most profitable division, the US rice company, suffered something like a perfect storm. The price of rice went up dramatically, leading to higher costs. In addition, in this market we had rises in logistics prices and in labor prices due to a lack of qualified workers due to the large labor turnover in a country with full employment.

Q. Have you already solved the cost problem? How is 2019 presented for Ebro?

“In the US we will leave unprofitable businesses, such as white label activities”

R.The situation in the United States is correcting itself. We have taken a series of measures to recover the profitability of our subsidiary Riviana, such as the rise in the price of aromatic rice. In addition, we are going to leave those less profitable activities, in particular we will abandon some white label businesses. That will mean having less income, but in return we will recover the margins.

R.In the US rice division the margins were even higher and we aspired to exceed them. In the group as a whole, our goal is to return to margins between 14% and 15%. I think that in the United States, by letting go of activities that contributed a lot of volume but little profit, we will bring out the stupendous profitability that premium brands have in this market.

Q. Despite the fall in profit in 2018, they maintain the dividend per share at 0.57 euros. Why? Have you not considered adjusting the remuneration to lower earnings?

R.Our remuneration policy is quite defined and the financial situation of the company allows us to maintain the dividend.

Q. You talk about the good financial situation, but the company’s debt has practically doubled in the last two years and it already represents 2.3 times the ebitda. Are you comfortable with this ratio or are you considering lowering the leverage?

R.The increase in debt is due to several factors. The first is exclusively of an accounting nature since from this year we are accounting as debt the puts that we would once have to pay if we bought their share from the partners of those companies in which we enter the capital but do not have the majority, something that is not in our forecasts today. We are talking about a non-callable debt of more than 150 million. In addition, the leverage has increased because at the beginning of 2018 we acquired Bertagni. On the other hand, we are making a considerable investment effort to grow organically as it is difficult to find inorganic growth at reasonable prices.

P. At the meeting they said that before the end of 2018 they would close another purchase. However, this has not materialized. Ebro Foods has been characterized by making a trail of acquisitions in recent years (Bertagni, Olivieri, Garofalo, Celnat, Geovita, Vegetalia…). Do you rule out any corporate operation in the medium term?

R.We are quite selective and do not feel pressured to buy a company every year. We will only bid for what fits us strategically and is also reasonably priced. We have had to give up some things; for example, in the sauces segment in the US, because companies have been sold at such a valuation that we did not see profitability.

Q. The family that owns Pastas Gallo has put up the “for sale” sign. Are you interested in the company?

R.It would suit us if the price was right and the company offered good growth prospects. The latter seems difficult to me because the management of Pastas Gallo has been great and it is difficult for someone from outside to come and do it better. In these cases, the operations become fundamentally a question of price.

Q. And at what price would the numbers come out in this case?

R.How will you understand that information I am not going to give it to you. We are in an open competition and if I told others how much I am willing to pay I would be doing my company a disservice if we finally took an interest in this company and participated in the bidding.

P. But they could come up with an offer for Gallo Pastas, right?

R.We are going to study the possibility of making an offer, and if we find an interesting angle, well… But I remind you that in Spain we are in a great position with Garofalo, which is growing at double digits. Pastas Gallo has a more traditional approach and we are betting on premium brands. I see a lot of travel to high-quality pasta.

Q. Why is Sepi still in the capital of Ebro if it is not a strategic company?

R.You have to ask Sepi that. We are comfortable with your presence. They are a loyal partner. If one day they decide they want to invest in other sectors we will understand it, but for now they are welcome.

Q. This year you have to present a new strategic plan. What will be the guidelines?

R.It is a bit risky to give data because it has not yet been presented to the council. There will be no big surprises compared to what we were already doing. In the food business it is difficult to see big shocks.

Q. Do you rule out going back to the oil business in the future?

R.The problem with the oil is that it is in the hands of the Spanish. As long as it is controlled by local groups, cooperatives and small producers who are willing to load the value chain with the first offer that comes to them from a foreign distributor, it will be a business with a lot of glamor but with little margin.