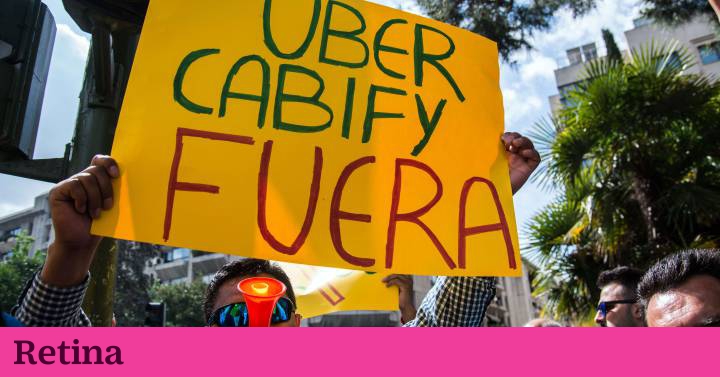 
When the last conflict between the taxi sector and the VTC license vehicle platforms (such as Uber or Cabify), at the beginning of 2019, it was common to see the representatives of the latter arguing that the arrival of these platforms was impeccable and unquestionable, because it was a technological innovation that taxi drivers had to bow to. They took it for granted that all innovation is progress, and that it should be uncritically accepted as such.

However, in this conflict generated by technology there were several parties with cross interests: the thousands of taxi drivers, the handful of wealthy owners of VTC licenses, the platforms, the (allegedly exploited) drivers of these platforms, the users … Who was winning? and who was losing? Is innovation always progress, as we are often indoctrinated, or are things more complex?

“It is clear that innovation is not the same as progress, although many times people try to sell us as such”, explains Javier Echeverría, professor of Philosophy and Logic at the University of the Basque Country (UPV). Although one could speak of a progress in scientific and technological knowledge, which is cumulative in nature and always advances with the investigations and developments of different generations (either linearly or through the scientific revolutions described by Thomas Kuhn), progress What we understand as social progress is not necessarily linked to technological progress.

“There is the idea that technology develops through History just as the Spirit does in Hegel’s philosophy, and that it does so by improving Humanity”, says Echeverría, “it is an idea that is too optimistic and lacks realism. , a big lie that is often used as a form of propaganda. Many people end up believing it ”. It is common for exactly the opposite to happen: that technology implies rather a setback, a growth in inequality, a decline in justice, a greater concentration of wealth, a deterioration of the social or environmental climate, etc. As many involved in the Taxi / VTC conflict probably think.

What are we talking about when we talk about progress?

The idea of ​​progress and, above all, of progress linked to the use of reason, arises in the Enlightenment. “It is related to the idea of ​​linear time that Christianity imposed over other circular ideas of time typical of other traditions”, says Antonio Diéguez, professor of Logic and Philosophy of Science at the University of Malaga. In Christian linear time, History progresses from Creation to Apocalypse, although it is not the type of progress we are talking about now. “It is in the Enlightenment when linear history is used to add another component: the idea that increased knowledge will lead to increased happiness and well-being”, says the philosopher. The Enlightenment identifies progress with social welfare (hence the ideas that we now qualify as progressive), but it also links the advance in knowledge with the advance in everything else, which, as we see, is not so clear. “The term progress is an evaluative term, unlike change”, says Diéguez, “if there is change it means that something changes, but if there is progress it is understood that this change is good”.

A clear example is the taxi / VTC conflict, but not only. For example, smartphones and social networks not only bring us benefits: their use, designed to hook us, makes us addicted, spies on us, encourages social polarization and enables the outbreak of fake news and social manipulation. Robotization can worsen working conditions and destroy a good part of the jobs without creating other jobs to replace the previous ones, as has happened other times in history and the defenders of the robot promise. However, innovation is presented to us as something luminous and necessary, without blemish, and to innovators as a mythological and heroic category of similar stature to that of the entrepreneur.

“Innovation it is a term that is becoming less significant every day and that needs a serious conceptual treatment ”, says Fernando Broncano, professor of Logic and Philosophy of Science at the Carlos III University of Madrid. “We always think of innovation as one more advance in cutting-edge technologies, but both the turn to green and international cooperation in technology are showing that with old technologies there is still a lot of innovation to do.”

Within technology itself, innovation does not necessarily lead to success either. “It depends a lot on the technological trajectory in which it occurs,” says Broncano, “it can happen, and it happens many times, that the alternative is poorly planned and all innovation reproduces in error.” Exemplify: Microsoft started with the DOS operating system which was not entirely satisfactory. All other operating systems were sophistications of that one, maintaining their inconveniences. “If we had started from Unix”, laments Broncano, “we would now all have a version of Linux or something similar”.

An example at the extreme end of the dilemma between technological development and social welfare is that of transhumanism, which proposes an “improvement” of the human species through technology, so that more than humans we would become posthumans. In Homo Deus (Debate), the thinker best seller Yuval Noah Harari describes the future society as a caste society, where democracy does not exist and an elite of Superhuman, with superior skills, he rules the planet at will, a planet where most humans are unnecessary or irrelevant. Beyond the speculation there may be in Harari’s forecast, this requires a lot of innovation, but is this the progress we expect?

“All this does not mean that technology has to be rejected,” says Diéguez, “because in technology there is also the possibility of salvation in the face of the challenges we face.” It would be a question, then, of looking for a technological development, an innovation, that goes this way: putting it at the service of our objectives as a species and not at the service of the benefit of a few.

This debate is closely connected with another fundamental one of the philosophy of technology: technological determinism: the idea that if an innovation can be carried out, someone will carry it out at some point and somewhere (beyond legal limits or ethics), so that technology advances with its own momentum, almost on its own, outside the control of the human being. Thus, until the human being advances behind the technology and conditioned by it, as we often feel today.

But this does not have to be like this. “We can promote development by ignoring the technologies we produce or, instead, we can take responsibility for their control”, says Miguel Ángel Quintanilla, professor of Logic and Philosophy of Science at the University of Salamanca and promoter of the term endearing technologies to describe a type of technologies that add and do not subtract Humanity, that go in favor of true progress: that are sustainable, understandable, egalitarian, socially responsible, etc. (see the book Endearing technologies, published by Catarata). Human beings can take the bridle of unbridled innovation.

Those affected or involved (stakeholders), according to Echeverría, they would have to participate in the evaluation of the technologies. “That would be the right thing to do in a true participatory democracy: political decisions would be made rationally, after a debate with their arguments and objections, and not to benefit large multinational companies, which is what is done now”, concludes the professor.