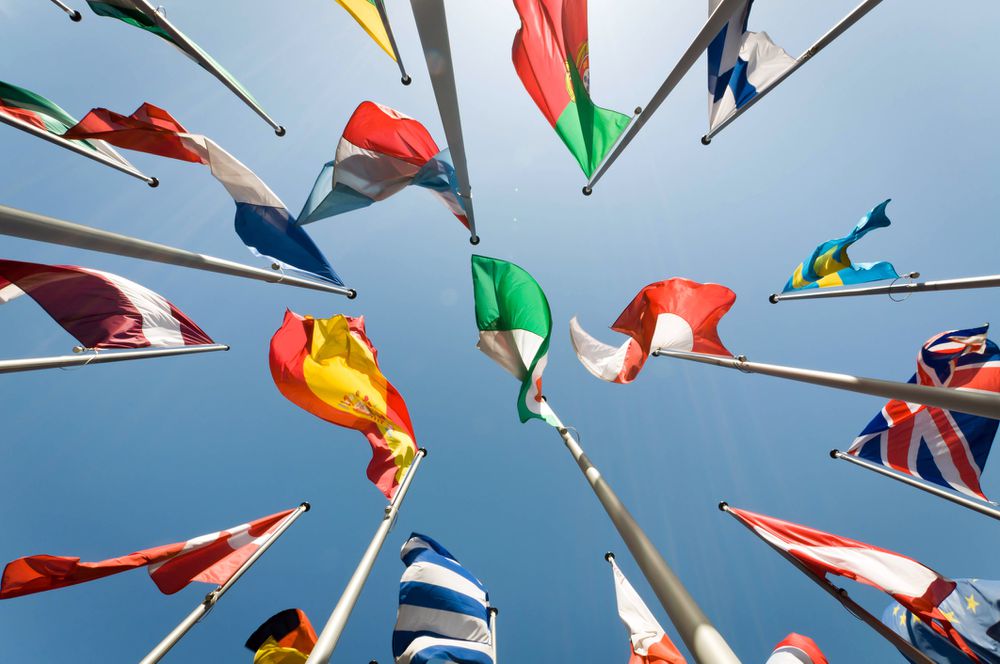 The vast majority of elements that surround you, from the mobile phone to the footwear, have surely been designed in Europe or the United States (USA) and manufactured in an Asian country. But this may change in the near future. The world economy seems to have started the path towards deglobalization, the reverse process of globalization, which implies a decline in interdependence, mainly commercial, but also social, cultural and technological, between countries, which the pandemic has accelerated. Does that mean that the products that surround us can be manufactured in Spain again? Maybe not, but they could be done in a closer environment, for example, in Morocco.

International trade tensions, especially between China and the United States, and the protectionist economies of countries such as Japan or the United Kingdom, with Brexit, are responsible for this decline, after decades characterized by growth in trade between economies. In 2019, this situation was already perceived. According to data from the World Trade Organization (WTO), the volume of merchandise around the world began to slow down last year with a decline of 0.1%, marking the first annual decline since 2009.

Faced with this situation, companies have begun to assess the risks of producing and distributing goods in distant countries, something that the current health crisis has highlighted. The pandemic has slowed down or even stopped supply chains (all the processes involved in the manufacture and marketing of products), which has paralyzed the arrival of manufactured items on the other side of the planet. During the first quarter of the year, the fall in world trade was 3%, while in the second quarter the losses amounted to 27% compared to the period between January and March, according to data from the United Nations Conference on Trade and Development (UNCTAD).

Carlos Dalmau, director of International Solutions at Banco Sabadell believes that “until now, companies were used to managing specific and geographically located logistical difficulties, for example, in areas of armed conflict. However, the current situation has affected practically all the countries of the world, with canceled maritime routes, ports in which it was not possible to unload and confinement of merchandise, among many other commercial restrictions ”.

Thus, one of the lessons to be learned from this crisis is the convenience of geographically diversifying the sources of supply. This leads to rethinking the production system (opening to new suppliers, changing the mix production, replanning of orders, among other factors). “This crisis has highlighted the importance of diversification as a firewall in times of crisis. And not only from the point of view of the clients, but also from the production chain systems and production systems, in addition to gaining new momentum with documentary credits as a support tool to facilitate new incoming international suppliers ”, adds Dalmau.

Listen to the Banco Sabadell Podcast Relocation, is Made in Spain back? with Matilde Mas, professor at the University of Valencia and director of International Projects at the Ivie.

Is it the end of globalization?

For some experts, such as Matilde Mas, professor at the University of Valencia and director of international projects at the Valencian Institute for Economic Research (Ivie), this drastic fall is a circumstantial phenomenon: “Every time I hear that there is talk of a change of a productive model associated with the word reindustrialization, I disagree. We are not going to solve the problems by increasing the production of our factories, what we need is to gain efficiency in all sectors, approaching that of other developed countries ”, exclaims Mas in the Banco Sabadell Podcast.

Marcelo Leporati, professor at EAE Business School, agrees with the professor and states that “we do not see signs that a deglobalization process is taking place beyond specific trade wars,” says Leporati, who is also the author of the study Made in Spain. Again? of 2019, where he analyzes the reasons that have led companies to move production centers to distant countries and why some are taking the opposite path.

Enrique Fanjul, partner of the foreign trade consultancy Iberglobal, corroborates this argument. “Deglobalization could develop for the duration of the pandemic. It is difficult to make predictions about what is going to happen and whoever makes them does so in a risky way, ”he says. For this reason, this expert redefines the situation as “structural changes of globalization”.

Among these “changes”, experts identify several aspects in the production of goods and services: many companies seek to manufacture closer, avoid dependence on a single external supplier and reduce the number of trips of goods to shorten supply chains.

Dalmau supports that, both in Europe and in other regions, “a rethinking of global value chains should be made with a new way of operating with closer markets, less dependence on third parties and a higher level of digitization and technical knowledge in logistics and customs ”.

The coronavirus has exposed the risk of shortages of manufacturing or sourcing products in distant countries and its weakness to control the quality of acquisitions. “This has meant that some companies consider a repatriation of their production centers to their places of origin (known as reshoring), or to nearby countries (nearshoring or regionalization) ”, Explains Leporati.

This process is also influenced by the automation of many tasks, a phenomenon that has reduced the need for unskilled labor. In return, the recruitment of qualified professionals who work from the companies’ countries of origin has increased. “They need staff with greater capabilities, trained in artificial intelligence (AI), machine learning or big data”, Reflects Leporati. Matilde Mas considers that “the world is not going to be the same again and we must think about taking advantage of the possibilities offered by new technologies.” And he maintains that Spain needs better training in digital technology.

Even so, relocation is not going strong. “Whoever is profitable to produce in Sri Lanka, will continue to do so, unless governments promote incentives to return to the countries of origin,” says Fernando Castelló, director of Castelló Consulting and professor of ESIC Business & marketing School.

According to the data emerging from the Leporati study Made in Spain, again?, prior to the pandemic, there have been 208 cases of reshoring and nearshoring in the European Union, according to data from the European Reshoring Monitor for 2017, with the United Kingdom, France, Italy and Denmark in the lead. Spain has only relocated nine companies, the majority from China, which represents 4.8% of all cases. In Spain, a country of services without a large industrial network, “relocation is not frequent, it usually occurs among large companies and goes unnoticed by consumers,” says the EAE professor.

The report published by the KPMG consultancy in July, The Spanish company before the covid- 19. Fourth survey reinforces these data. It shows how entrepreneurs maintain a conservative attitude towards the internationalization of their companies. 40% expect to maintain their presence in other countries and 11% anticipate that it will reduce it. Only 14% of those surveyed say they will increase it compared to 12% in the previous poll.

Reducing or minimizing the links in the production chain, which in many companies in various sectors such as textiles or automobiles spans different geographical points (regions or countries), is another of the axes of this so-called deglobalization.

“It had experienced constant growth since the early 1990s, reaching around 50% of world trade, but in recent years it has started to lose steam,” explains Fanjul.

Government protectionism is the main factor that has ended the growth of these chains. But not the only one. “Another of its incentives was the difference in salary in countries such as China, the main destination for relocations, with respect to Europe or the US. A situation that is now being reversed due to the growth of its economic level,” says the partner by Iberglobal.

Still, supply chains, which involve several countries, are heavy machinery that is difficult to dismantle. “Many companies have seen the need to have alternatives to disruptions such as the health crisis and look for supply chains located in the same region or nearby suppliers”, explains Marcelo Leporati. A path that generally affects only large companies, since small and medium-sized companies do not usually have complex production chains.

Manufacturing at different points is a way to minimize the risk of shortages and other problems arising from the supply of raw materials. “This avoids concentration in a single market,” says Fernando Castelló. Many Spanish companies are immersed in this diversification process. “In general, they do not tend to have factories installed in third countries, but instead establish production contracts with companies from Southeast Asia, for example. Contracts that can be moved to another site with relative ease, ”he adds.

The search for customers to avoid dependence on a single buyer is another of the measures that companies are beginning to take. “If before 80% of the production reached only four destinations, now companies are looking for new markets to be in 12”, adds the ESIC professor.

All of these changes could have a positive impact on the environment. The shortening of the distances in the movement of goods and raw materials and the reduction of the trips would contribute to reduce the polluting emissions of the transport. The diversification of the sources of raw materials in different areas of the world would reduce the pressure that large companies exert on the natural resources of emerging countries. But for this to occur, however, this deglobalization, experts agree, must be a constant phenomenon over time and not something temporary, as is believed today, a result of current international policy and the consequences of the current crisis.

Winners and Losers in Deglobalization

“The deglobalization process does not affect all countries or all sectors equally,” says Enrique Fanjul, partner at the foreign trade consultancy Iberglobal. Economic sectors such as automotive or aeronautics, which manufacture their products with components that come from companies located in many countries, will undoubtedly be the most affected if the supply chain shortens and factories tend to relocate. Also the pharmaceutical, an industry centralized in China and India. During the pandemic, the dependence that most countries have on them has been verified.

Southeast Asian countries such as Vietnam, Cambodia or Sri Lanka will also suffer more from deglobalization. On the other hand, it seems that AfricaAfrica can benefit, due to its proximity to Europe. “Spanish companies that wanted to return would have an easy time establishing themselves in Morocco, for example. This continent is experiencing a moment of relative political stability, its salary costs are low and its business framework has improved ”, adds Fanjul.