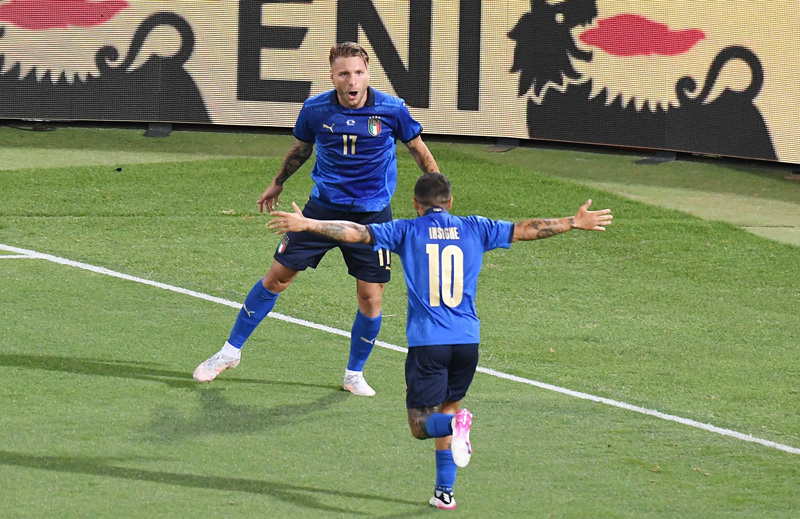 High performance plus home advantage, Italy is likely to win all 3 points on the opening day against Turkey.

After many days of delay, at 2 am on the morning of June 12 (Vietnam time), the Euro 2020 ball officially rolled on the Olimpico field in Rome, Italy.

Turkey brings a young and inexperienced squad to the European football festival, which is expected to face many difficulties before Italy is playing very “flying” recently.

The championship ratio of Roberto Mancini’s teachers and students increased from 11/1 (put 1 to 11) to 8/1 (book 1 to 8) right after they overpowered the Czech Republic 4-1 in a recent friendly.

That result helped the Azzurri raise the series of consecutive triumphs to 8. The unbeaten record also extended to 27 matches. Therefore, Italy is being highly appreciated by experts.

Praise Italy, but also cannot belittle Turkey. Coach Senol Gunes owns a squad rich in youth and enthusiasm, with the head of the team is the veteran goalscorer Burak Yilmaz.

Turkey lost only 1/13 of the last encounters. They once defeated the Netherlands 4-2, including Yilmaz’s hat-trick.

Yilmaz’s excellent form from club level (Lille) to national team makes him the ultimate weapon in the Turkish attack.

On average, the 35-year-old goalscorer makes 1.2 shots on target per game and will be a constant threat in front of Donnarumma goal tonight.

With Italy, the image of Thien Thanh shirt team is completely different from before. Mancini always emphasizes attacking play, so in the last 8 matches, Azzurri strikers have scored at least 2 goals per game.

Facing Turkey, which also “fired” in the past 11/13 matches, the opening day of Euro 2020 promises to bring a hearty goal party for the fans.

ItalyPellegrini was forced to withdraw from the list of Italy for Euro 2020.

Turkey: Full of the strongest force.