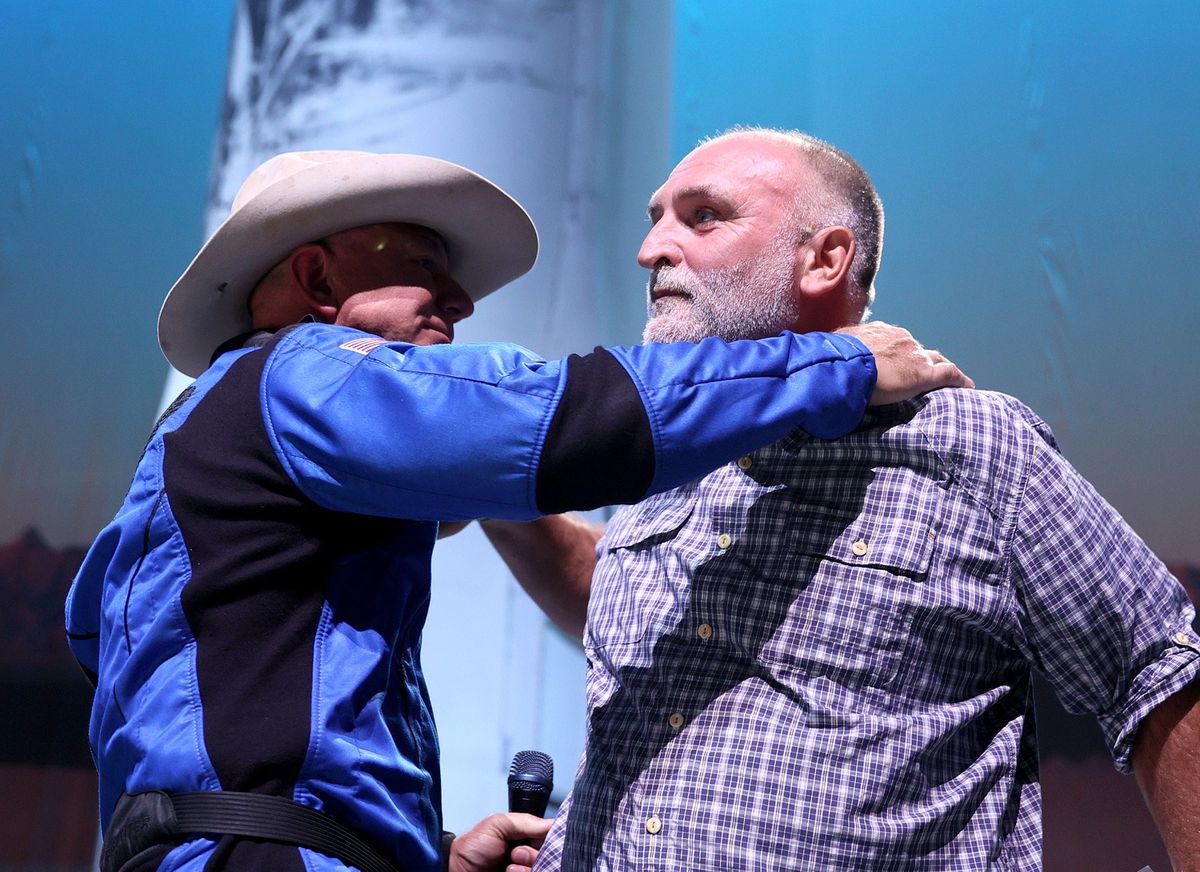 Jeff Bezos, the founder of e-commerce giant Amazon, said Tuesday after reaching space aboard a Blue Origin rocket, in a short flight of just over ten minutes, that it was his “best day.” The joy he showed when he stepped back onto the ground was completed by another of his philanthropic initiatives. Bezos announced that he will allocate 200 million dollars (about 170 million euros) to the Courage & Civility award that distinguishes charities. The Spanish chef José Andrés has been one of the winners and will receive half of this year’s endowment, 85 million euros, for his work with the World Central Kitchen Foundation.

World Central Kitchen (WCK) was founded in 2010 by José Andrés to supply food to people affected by natural disasters. The idea of ​​the Spanish chef based in the United States arose after food shortages caused by the earthquake that devastated Haiti that year. José Andrés launched a system that begins by responding to emergency needs and then collaborating with local chefs, mobilizing them to provide an effective solution to the problem of hunger. His latest actions have been developed in different parts of the United States to respond to the hardships caused by the coronavirus pandemic.

Bezos, the richest man in the world, has been a space fanatic since his childhood. The date chosen by Bezos for the launch of this Tuesday is not accidental, since this same day 52 years ago the Apollo 11 mission reached the Moon, a milestone that he observed at the age of 5 years.

Inside the capsule mounted on the cusp of the rocket, Bezos was 82-year-old pilot Wally Funk; Oliver Daemen, an 18-year-old Dutch student and the son of a billionaire, and Mark Bezos, the brother of who until recently was the CEO of Amazon. As Bezos confirmed, the company plans to make two other manned trips in the remainder of 2021, for which there is already a strong demand and has received up to $ 100 million from ticket sales (about 85 million euros). It is known that the company put up for sale a free seat for today’s flight, which reached 28 million dollars (23.7 million euros) in a charity auction in which the name of the winner was not disclosed. .

The ticket holder, however, had to postpone his flight due to a “time conflict” and his place was taken by the young Daemen. Bezos is another of the billionaires who stands out as a pioneer of tourism beyond the planet, after Richard Branson, at age 70, reached the frontiers of space just over a week ago aboard a plane manufactured by his company Virgin Galactic, with which he exceeded 80 kilometers in height. Branson and Bezos are joined by Elon Musk, the founder of electric car maker Tesla and SpaceX, the NASA contractor that has already sent astronauts to the International Space Station (ISS) and hopes to bring conducted the first privately funded manned trip into space.