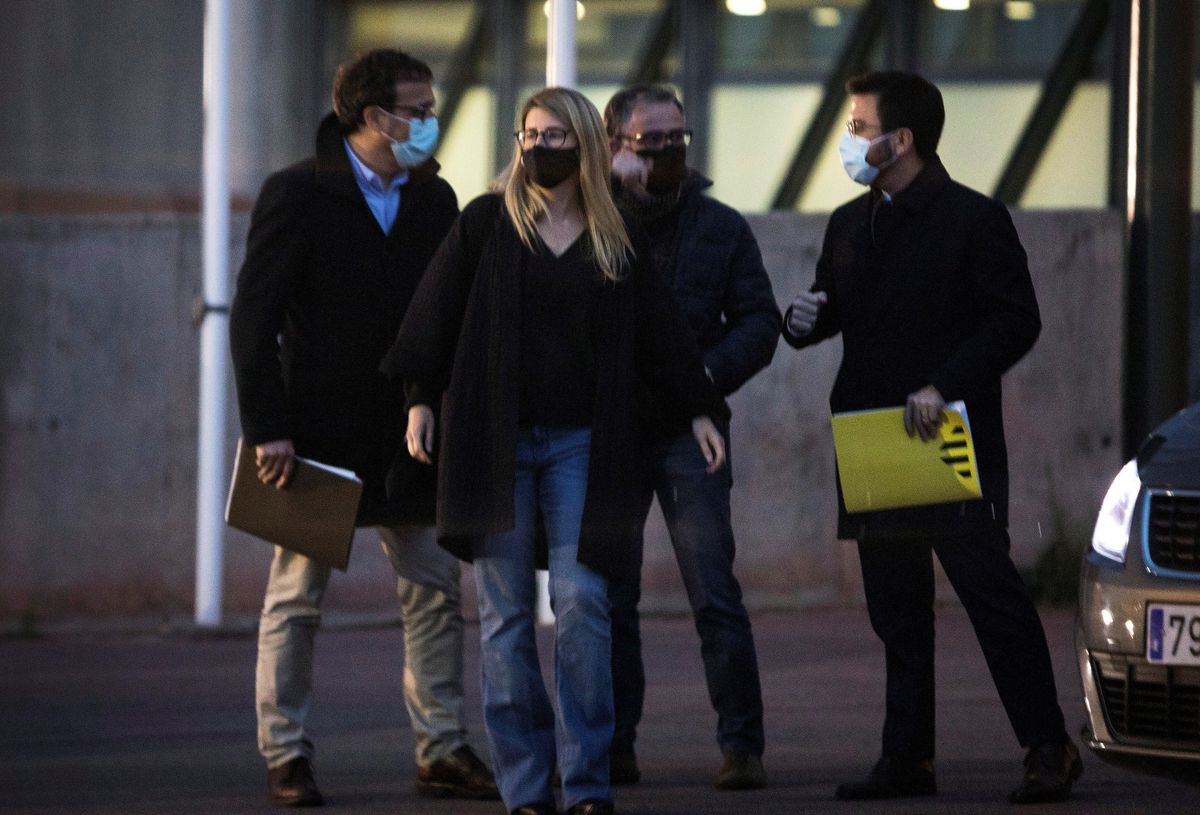 Catalan politics has been moving on the basis of coups for almost a decade. They are “master plays”, as the independence movement has coined them, which in most cases have ended up failing. This is what happened when Artur Mas advanced the regional elections in 2012 believing that Convergència i Unió would obtain an absolute majority, and ended up losing twelve seats. Esquerra Republicana de Catalunya (ERC) played this wild card of surprise and audacity on Saturday when announcing that he is preparing to govern alone. The ERC executive communicated that she assumes that her government partners, Junts per Catalunya, would give unconditional support to the inauguration of Pere Aragonès as president of the Generalitat. Just one day after this announcement, Junts has already warned that any vote in favor of Aragonès must be negotiated and then approved by the party’s rank and file. “Our votes cannot be free,” said Junts Vice President Elsa Artadi.

Artadi is a member of the Junts team that has been negotiating unsuccessfully since last February the formation of a new coalition executive. ERC affirms that after almost three months of dialogue, not only has there been no progress towards the pact, but it has also regressed. “We intuit that Junts did not want the agreement because for every step forward there have been three backward,” said ERC spokesperson Marta Vilalta this Sunday on Catalunya Ràdio. Aragonès argued on Saturday that it was necessary to assume the investiture alone because the differences between the two parties are too great and there are only little more than two weeks left for the automatic call of new elections to take place.

ERC clings to the previous statements of the general secretary of the Junts, Jordi Sànchez, who had reiterated that, in the event of no agreement, they would support a government alone of the Republicans. However, as usual, reality is tangled with the fine print of the contract. Sànchez himself raised on Saturday a support with conditions: Junts would facilitate the investiture of Aragonès in a second vote, in which he needs a simple majority, with the abstention of 28 of his deputies and the favorable vote of four of them. With this formula, Junts forces Aragonès to have the support in the investiture of the anti-capitalists of the CUP and of the commons: only in this way would he prevent non-independence parties from blocking his election.

New conditions have been added to the convoluted formula proposed by Sànchez: “Junts has never said that we give away votes. One, four, ten or thirty votes, any final decision is made by the militancy. Any agreement on the table, investiture or legislature, must be negotiated and must go through our bases “, Artadi has warned in Catalunya Ràdio. Vilalta has replied that ERC is only waiting for the favorable vote of all the deputies of the Junts. Sergi Sabrià, deputy secretary general of ERC, has been resounding in Rac-1: if the Junts does not allow the investiture of Aragonès, there will be an electoral repetition. “If you have to choose between elections and knock on the door of the PSC to give us four votes, there are elections,” said Sabrià. The ERC leader thus refers to the commitment of his party during the electoral campaign last February not to sign any type of government pact with the Catalan Socialists. Both ERC and Junts and CUP consider that the PSC is a party that supports a supposed anti-democratic repression against the pro-independence formations. Jordi Sànchez and the president of ERC, Oriol Junqueras, are serving sentences in the Lledoners prison (Barcelona) for the trial on the unilateral race for independence, held in 2019 in the Supreme Court.

Change in the Commons

Sabrià has reiterated that the objective is that, during the legislature, ERC extends the government to other political forces. Republicans not only keep their doors open to Junts, despite bad relations, but also to the CUP and En Comú Podem. Carles Riera, CUP deputy, has confirmed that the anti-capitalists will support the investiture of Aragonès but without being part of the executive. The Commons, on the other hand, do consider the possibility of accessing the Generalitat together with ERC. The leader of En Comú Podem, Jessica Albiach, has celebrated in an interview on Catalunya Ràdio that ERC “has taken an important step to emancipate itself from Junts”.

Albiach has announced that next week they will begin negotiations with Aragonès to address possible support for his investiture, and even the possible entry of his training into the executive. These statements indicate a change in the position of the commons: Albiach herself had stated this week that her deputies would not participate in a government pact that depends on the votes of the Junts’ nationalist right.