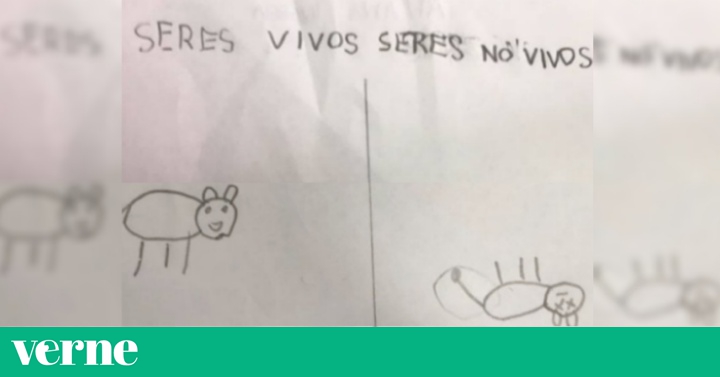 The Three Wise Men reward children’s good behavior with toys. But the best are reserved for those who behave well and, in addition, they are fun. One of the ways in which children’s humor is expressed, usually involuntarily, is through class exercises and tests. Spontaneity and logic different from that of adults make them respond in such striking ways that they often go viral on social networks. As we did in 2018, we have compiled some of the best children’s test responses circulating on Twitter, Instagram, Facebook, and the web. With answers like these, correcting becomes a much more palatable task for teachers.

1. Write the multiples of a number

“Not now, but another day yes” will know how to answer that question.

2. Put the name under the note

With an ese in the third box, you would have shown that you also dominate plurals.

The teacher posted the image in November 2019, very, very, very far from summer.

5. Write the name of the autonomous communities

Ceuta is the land of acorn-fed ham in this exam.

6. What is the difference between domestic trade and foreign trade?

“Domestic trade is that you buy it at Mercadona and foreign trade you buy it online.”

Better to draw a dead animal than a stone.

A year in space with one more day than normal.

This student, surely from Atlético, takes the course match by match.

“Alan, sit down” was not part of the dictation. It was what the teacher had ordered another student to do.

11. Name three situations where the rights of the child are violated.

For this girl, her rights are violated when she is asked to “make the bed, do the chores and help at home.”

12. When is the filtering of the atmosphere most effective?

“What is in the book”, an answer that is valid FOR EVERYTHING

13. What kind of relationships can be established between individuals of the same species?

“Los romances”, a response to which he does not lack reason.

14. Create a letter addressed to a Roman child where you explain what most caught your attention of Roman civilization.

“What most caught my attention about Roman civilization was that before women had this obedience and now we have no limits, nobody commands us.”

This is why my kid is going places.

Classics that resurrect from time to time on social networks

This type of children’s answers in exams are an internet classic and usually accumulate thousands of shares. Some of these answers are very old, but they resurface from time to time. In addition, they are sometimes versioned or slightly modified. These are some of them.

They are the matrioskas of mathematics.

In the next line he clarifies that the explosion would have to be without anyone inside.

The cat was not to blame.