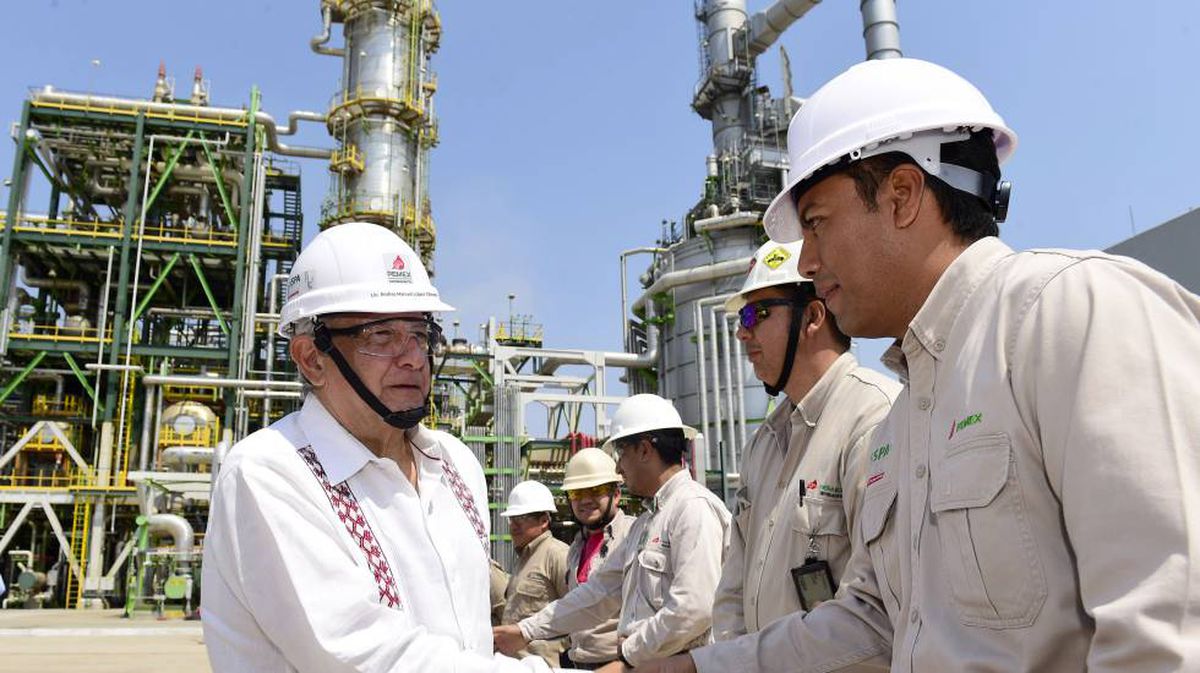 
The president of Mexico, Andrés Manuel López Obrador, has made the energy agenda a central axis of his political project. The reform package approved by Congress between March and April changes the rules of the game in the electricity system and in the hydrocarbons sector in order to return control of the market to two state-owned companies, the Federal Electricity Commission (CFE) and the oil company Pemex. The two initiatives, however, were bogged down in court by appeals filed by some private companies injured. The plan, which has not de facto entered into force, is in limbo, but it has already had repercussions by sowing uncertainty about the future and discouraging investment.

The stagnation led the president this week to set priorities: the most important thing is the new electricity law, even above oil. López Obrador is about to reach the middle of his term and wants to leave a mark on the Mexican productive system. The reasons that move him have little to do with economy or efficiency and are eminently political. He himself has recognized it. What underlies this project is the same slogan that underlies its entire program, “the poor first”, which in this case means lowering the electricity bill. To do so and unblock the reform, however, he needs to modify the Constitution. And this is where your schedule gets tricky.

The results of the legislative elections on May 6 put limits on Morena, the formation that supports the Government, in Congress. The party, a movement that proclaims itself as progressive and that in practice embraces conservative and nationalist postulates, has a comfortable majority, although its numbers are far from the two-thirds of the Chamber of Deputies that are required to approve revisions of the constitutional text. . The president announced that he will seek to agree even with his arch enemy, the Institutional Revolutionary Party (PRI), to carry out a controversial plan that worries analysts due to its economic and environmental impact.

“It is not for these private companies to disappear, I clarify. No, they will continue. But we are going to put order so that 54% of the market corresponds to the CFE and 46% to individuals, ”said López Obrador. A quota more than enough to bury the existing model and make way for a partial renationalization. The new system, if it is implemented, will prevent the most efficient and clean plants, that is, the renewable energy plants of private companies, from having the priority to upload electricity to the grid. The preference will be of the CFE, whose facilities are more obsolete. Add to that the economic impact. The Ministry of Economy of the Government estimates private investments in the sector at 17,675 million dollars “for generation, transmission and distribution” since the approval of the last reform, eight years ago, under the mandate of former President Enrique Peña Nieto.

Consultant David Shields notes that “the target is somewhat vindictive.” “In other words, López Obrador wants to annoy private companies that have committed contracts for years to generate electricity,” says this energy expert with decades of experience in the Mexican market. “He feels that the CFE is losing its monopoly and wants to go down in history as the presidents who marked the path of nationalizations.” The current president’s speech is indeed full of references to Lázaro Cárdenas, who almost a century ago expropriated the oil industry, and Adolfo López Mateos, who decades later nationalized the electricity sector.

In this line, the defense of the electricity reform also coincides with a rhetoric of vindication of national sovereignty. The president made it clear this week. “Our country was like a land of conquest and that affected the users, the consumers, the people, because the prices of electricity increased and increased while subsidies were given to private companies. They abused so much that a Spanish company, Iberdrola, dared to offend Mexicans by hiring the former president as an employee [Felipe] Calderón ”. Iberdrola, probably the president’s favorite target, already announced at the end of last year its intention to go to other markets and discard new investments in the face of the hostility of the current Administration.

The reform, rejected by European and American Chambers of Commerce, affects countries such as Spain, Italy, France, Germany, Portugal and the Netherlands. But, above all, it harms the interests of the United States, Mexico’s main partner. The Government of Joe Biden already expressed its concern about this energy policy in a meeting held a month ago between commercial representatives. Its application would also violate the agreement between both countries and Canada, the T-MEC.

The most worrying thing right now, however, is that everything is at a standstill. “No project is going forward, neither the CFE projects nor the private ones,” Shields recalls. The lawyer Leopoldo Olavarría, from the Norton Rose Fulbright law firm, also warns that the supposed savings defended by López Obrador is a mirage. “The ultimate effect is going to be that Mexican energy consumers are going to end up paying more for the supply of energy, whether they are industries, whether they are the residential or tourism sectors.” According to this thesis, although the subsidies lower the rates of small consumers, the industrialists see their costs increased, which ultimately affects the population.

For Olavarría, “of course [la reforma] It also sends a not very positive signal for private investors who had plans or could have investment plans in Mexico ”. However, despite the difficulties, he does not believe that investors are thinking of leaving the country and not returning. “What needs to be seen is whether the business opportunity ends up generating a sufficient rate of return for investors, taking into account the risks of that investment, including country risk. We cannot forget that Mexico has an extremely high industrial capacity. In any case, there is an industrial base that requires electricity supply and that adds electricity demand in the long term ”.

Meanwhile, pending the resolution of disputes or constitutional reform, investors are forced to make a decision because they are faced with a sudden change in the rules of the game. And, although it is not a priority like the electricity law, López Obrador also relies on a kind of oil dream to try to give new impetus to the hydrocarbon sector and Pemex. As with the CFE, its objective is to rescue the state oil company, which accumulates a debt of 100 billion dollars. The ultimate purpose is to achieve greater self-sufficiency and leave behind the traditional model of Mexico, which essentially consists of exporting crude oil and importing fuel. “It is the best business in the world,” he said recently when announcing the purchase of a Deer Park plant in Houston (Texas) for 600 million dollars, a refinery that also carries a debt of almost 1,000 million.