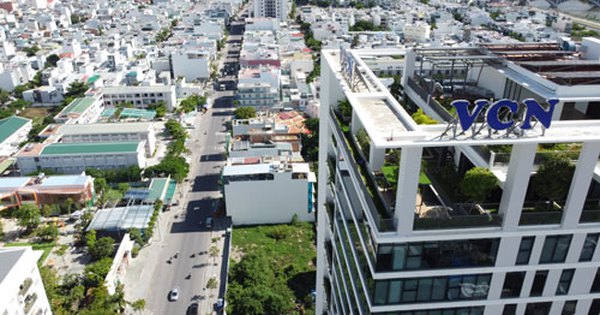 
: Projects waiting to be named!

Khanh Hoa Provincial People’s Committee has agreed on the policy of allowing review and research of the land area of ​​about 6 hectares in Binh Tan port warehouse, Vinh Nguyen ward, Nha Trang city to serve as a land fund for payment of investment value of road No. 4 as proposed by VCN Investment Joint Stock Company (VCN Company). It is worth mentioning that the BT project of road No. 4 goes through 2 urban areas (KĐT) of VCN Company as an investor.

Accordingly, from October 2015, Khanh Hoa Provincial People’s Committee and VCN signed a contract to build – transfer (BT) the project of road No. 4 (from the road No. 6 to the road No. 23) in the western area of ​​Le Hong. Phong, Nha Trang city with a length of 3,126.27 m, road surface width from 18-22.5 m including sidewalk. The Provincial People’s Committee will reimburse VCN with a 3.86 ha land fund belonging to the detailed plan of 1/500 scale in the Center of Nha Trang Urban – Trade – Service – Finance – Tourism (yard land flying in old Nha Trang). In March 2020, the People’s Committee of Khanh Hoa province approved the final settlement of the adjusted road No. 4 BT project with the value of assets formed through investment of VND 205 billion.

According to the BT contract for road No. 4, VCN will receive 3.86 ha of the old Nha Trang airport land. This investor calculated that the land has a total value of about VND 303.26 billion. This is a very low price compared to the real value of the land around the old Nha Trang airport at the time of 2015. Up to now, due to many problems, the land allocation has not been completed, the investor has asked to “exchange” the land. at Binh Tan port warehouse (a few hundred meters from the sea).

Regarding the construction of Road No. 4, real estate experts said that this is a “delicious piece of cake” for VCN Company. The reason is that Road No. 4 is the backbone axis, the face of many urban projects in the West of Le Hong Phong Street. Among the 3.1 km of Road 4, there are 2 urban areas invested by VCN Company: VNC Phuoc Hai and VCN Phuoc Long.

“The first thing when doing the project is to build a road. After completing the project, the investor will hand over the road to the government for management. Road No. 4 becomes the backbone road, yes. The most expensive price in the Western urban areas of Nha Trang. It can be said that enterprises (DN) both have roads to develop the project and exchange for “gold” land. This is a double benefit “- an expert on injustice real estate.Also from the BT contract, the golden land is 27,000 m wide 2

At 32 Tran Phu sea road (Vinh Nguyen ward, Nha Trang city), Sunshine Marina Nha Trang super project will be built with nearly 2,670 apartments and hotel rooms. Specifically, on October 3, 2014, Khanh Hoa Provincial People’s Committee signed a BT contract with Vinaminco Khanh Hoa Joint Stock Company (Vinamico Company) to invest in building Nha Trang Vocational College, phase 1 (now this school has renamed as College of Engineering – Technology Nha Trang). The Khanh Hoa Provincial Civil Construction Project Management Unit was authorized to officially sign the BT contract on August 14, 2015.Up to now, this investor has built a school building, a school, a home for the school with a total investment of more than 302 billion. Benefit for this enterprise is to use the 32 Tran Phu land for exploitation, business and capital recovery. If the construction price is 302 billion dong, this “golden” land is only priced at 11 million dong / m2

VCN Company builds road No. 4 in the form of BT passing through 2 urban areas VCN Phuoc Long, VCN Phuoc HaiPublic – private ignorance With a series of projects detected by the Central Inspection Committee and the Government Inspectorate in Khanh Hoa, public opinion has questioned how many more projects have not been discovered and handled? Because over the past time, in Khanh Hoa, there are too many “golden” land areas that were arbitrarily assigned to enterprises, not through bidding or auctions.According to the reporter, the project of Tropicana commercial – hotel – apartment complex (40 Tran Phu – sea front) on an area of ​​more than 10,940 m2

2/year. Since 2011, Toan Hai Nam Investment and Development Company Limited (Ho Chi Minh City) applied for investment in the form of a joint venture with Khanh Hoa Tourist Company Limited (being a state-owned enterprise) to build a complex of hotels, luxury apartments right at the land of Hai Yen – Vien Dong hotel cluster (40 Tran Phu).Mr. Nguyen Chien Thang, at that time Chairman of Khanh Hoa Provincial People’s Committee, approved in writing the policy for the joint venture to implement the project with the new legal entity, Nha Trang Tropical Company Limited. Charter capital at the time of the joint venture in 2012 was 50 billion VND, state-owned enterprises only accounted for 20% of the shares. After 3 times of changing the business license, the state capital in this joint venture is only 8.89%.

By 2015, Mr. Le Duc Vinh (this time is the Chairman of Khanh Hoa Provincial People’s Committee) continues to sign a decision to recover the land of state-owned enterprises to assign tropical Nha Trang Co., Ltd. to do the project of the complex. commercial – hotel – apartment Tropicana. At this “diamond” land, the project will implement the construction of 2 towers with the scale of 1 tower with up to 706 tourist apartments at the price of 75 – 85 million VND / m2.2 .

is the cinema number 10 Hoang Hoa Tham managed by Khanh Hoa Cinema Center (DakH) with 2 fronts of Hoang Hoa Tham and Tran Van On streets, just 200 meters from the sea, and has been “enchanted” into private hands with price … 6.1 billion. Specifically, in 2013, Khanh Hoa Provincial People’s Committee directed the Center to joint venture, affiliated with Tan Thinh Phat Co., Ltd. to invest in Sao Viet project with the legal entity, Sao Viet Company. The Department of Finance of Khanh Hoa province has checked and evaluated the remaining assets at the cinema No. 10 Hoang Hoa Tham at nearly VND 6.1 billion as the capital contribution of the DKH Center to the project.

210 projects “consume” 6,662 hectares of land By the end of 2020, the People’s Council of Khanh Hoa province announced the results of thematic monitoring “The implementation of the resolutions of the Provincial People’s Council on land acquisition for socio-economic development for national and public interests in the area. province “from 2014 to 2018. Accordingly, out of the total land area to be acquired, nearly 10,200 hectares for 1,692 projects, only 210 projects using non-budget capital and businesses have” consumed “more than 6,662 hectares. (Continue)

from the issue of April 5