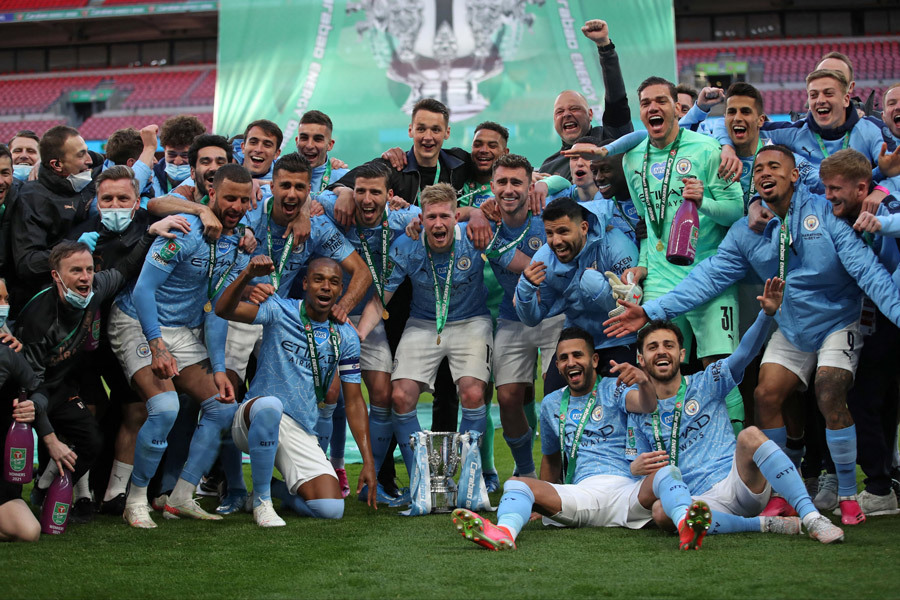 Man City overcame Tottenham to win the League Cup, the first piece of the new winning cycle with Pep Guardiola.

“I think Man City is 4 or 5 years ahead of us”Ryan Mason spoke up after his League Cup final, which Tottenham lost 0-1, at Wembley.

Mason’s comments are reasonable, as City has a much more stable team than Tottenham – a team led by three different people over the past 18 months.

Most notably, Pep Guardiola put Phil Foden the highest kick in a 4-2-3-1, with Mahrez, De Bruyne and Sterling behind.

In contrast, the goalkeeper Steffen has very few jobs. The mobility of The Citizens makes Tottenham unable to deploy the ball, and has only 2 shots.

In the dominant position, Man City only won thanks to the late-game strike of midfielder Laporte.

This is a problem that Pep has to think a lot. Man City is missing a true striker to be able to solve the game better.

The puzzle for new ambitions

Overcoming Tottenham, Man City for the 4th time in a row crowned the English League Cup, balancing Liverpool’s performance in the 1981-1984 period.

Pep Guardiola also entered the history of the tournament, becoming the first coach to lift the title in four consecutive seasons.

The League Cup title is also a new piece, opening up the second winning cycle of Man City with Pep.

Pep’s journey with The Citizens can be divided into two cycles. The 2019-20 season can be seen as the break between these two cycles.

In the new cycle, after winning the League Cup, “Pep Team” is full of confidence towards the Premier League title.

With 10 points more than the second team in the MU group, and only 5 rounds ahead, Man City is counting down to the 7th day of becoming an English football champion.

More importantly, Pep Guardiola – who has 9 different Trophies with Man City – has an ambition to bring the Champions League title to the Etihad Stadium.

This season, Pep’s Man City surpassed the threshold when he entered the semi-finals of the Champions League against PSG.

With a diverse lineup, good depth, and the spirit of being pushed up from the League Cup, Man City is optimistic to realize the dream of proclaiming in Europe.

Laporte’s only goal at the end of the match was enough to help Man City overcome Tottenham for the 4th consecutive time to be crowned in the English League Cup.