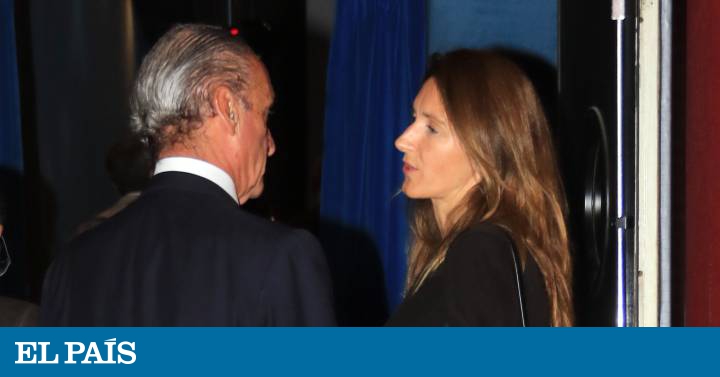 More common in news programs than in heart programs, this past weekend ex-banker Mario Conde has occupied many minutes of the latter. He himself has emerged as the protagonist, since he has spoken for the first time that he has a new partner, a woman named Pilar Marín. According to various Mediaset programs, Conde, 70, and Marín, 43, have been dating for about a year. He himself has said that he is “fine, calm”, and has confirmed the relationship.

Apparently, the couple met during a party held by Mario Conde in Los Carrizos, his Sevillian farm. A property of almost 3,000 hectares, 10 bedrooms and eight bathrooms an hour from the capital of Seville that Conde and his family own for almost 2,000 euros a night but also rent for private events.

In addition, Conde has affirmed that Pilar Marín and her children —Mario, about to turn 44; and Alejandra, 41 – they know each other and they have a “great” relationship, “how could it be otherwise, she being so nice, so nice and so serious”. It is unknown what Marín does, and she herself has so far avoided speaking on camera.

Conde has been a widower for more than a decade. His wife of 34 years, Lourdes Arroyo, died in the fall of 2007 from a brain tumor. Three years later, in June 2010, the one who was president of Banesto – a bank in which he left a hole of about 4,500 million euros – married María Pérez-Ugena (now 51 years old), a law professor in Ourense. the Rey Juan Carlos University of Madrid after a year of relationship. The divorce came almost six years later, in February 2016.

Conde spent four years in prison, between 2002 and 2006, for fraud and misappropriation due to the Banesto case; and more recently for two months in 2016 for tax crimes and money laundering and for his maneuvers to recover 13 million euros that he had outside of Spain, in five different countries. A case that Judge Pedraz closed last October. At 70, he has always been very discreet with his personal life, although now he does not hesitate to speak, when asked, before the cameras. “I know that I am a public man,” he admits. In fact, he has already explained that if he gets to marry Marín, something that he has not ruled out, he will be the one who breaks the news.