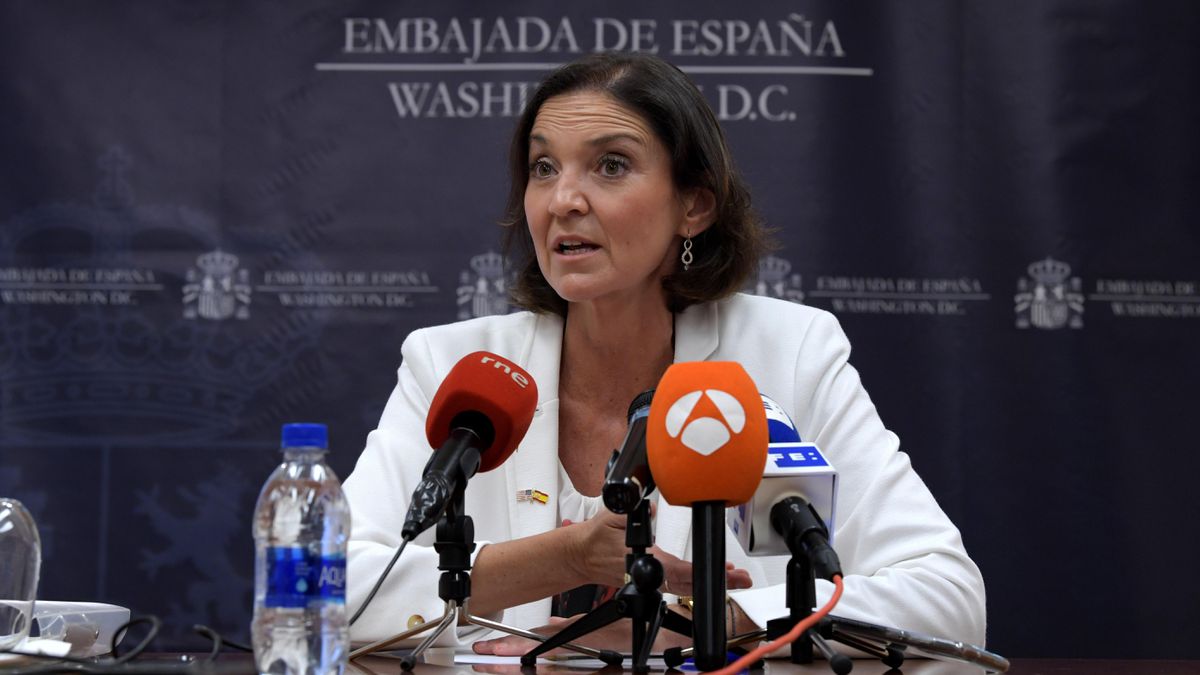 
The Minister of Industry, Commerce and Tourism of Spain, Reyes Maroto, has expressed to the Secretary of Commerce of the United States, Gina Raimondo, “the concern” of her Government about the situation of Spanish companies present in Cuba, which suffer complications due to the tightening of the embargo on the Caribbean island, decided by the Administration of Donald Trump and maintained until now by that of Joe Biden. Specifically, Madrid asks that the activation of two articles of the Helms-Burton Act be reviewed: Article III, which allows claims before the United States justice for properties on the island expropriated after the 1959 Revolution; and IV, which allows the North American authorities to prohibit the entry into the United States of senior officials of companies that negotiate on dispossessed assets. Large tourist groups such as Meliá are affected. Maroto pointed out at the meeting that these elements of the law are not “the solution to the problems that exist in Cuba.”

The meeting, the first between a member of the Pedro Sánchez Government and one of the Biden Administration, took place within the framework of a two-day trip by the minister, prior to Sánchez’s US tour of New York, Los Angeles. and San Francisco, with the aim of attracting investment.

Maroto has also asked about the restrictions that remain in force in the United States towards travel from Europe, regardless of whether travelers have been vaccinated, when the doors to Americans have already been opened on the other side of the Atlantic. The Government is especially concerned about the blockade of Spanish workers and students. In a subsequent meeting with journalists, the minister hoped to receive “good news” in “the next few weeks.”

The change of tenant in the White House sowed optimism in Europe about the tariff pulse with the United States, in which Spain has been affected in the trade of different products. On June 15, during Biden’s European tour, the European Union and the United States agreed to the end of the conflict between aircraft manufacturers Airbus and Boeing, which allowed the suspension for at least five years of the tariffs that penalized exports of Spanish wine and oil. But other fronts remain open, such as levies on wind energy or Spanish black olives. Regarding wind power, Maroto explained that he has asked for more time to present his allegations before the accusation of dumping attributed by Washington. Regarding black olives, the minister cited the report prepared by the panel of the World Trade Organization (WTO) – not yet made public – on this matter as a starting point to seek solutions.